Not only have my wonderful wife and I cut the TV cord, we have also broken loose from what has been the dominant company in home security. You know, the company with three letters.

We were going to use the company known for its video doorbell, but they screwed the pooch. We had one of their doorbells in (on?) our mid-Atlantic home and we liked it.

We called them to get delivery of a full home security system. I guess because we had just moved, our credit card wouldn’t work for payment. The company rep said she would call us in two days and sent an email “verifying” that she would call. When she didn’t call on the day promised, I sent an email to them on the following day. In the two weeks since I sent the email we still have not heard anything from them. Of course, now it’s moot as I will explain.

Not wanting to wait, we bought a system from Simplisafe. We installed part of the system yesterday, but when we ran into trouble with the glassbreak sensor, we called the company. A rep named Tim could not have been nicer or more helpful. Our system, complete with door/window sensors, motion sensors, cameras, etc. is up and running.

This post from Mac’s Motor City Garage is about the companion makes created by General Motors in the 1920s, specifically the Viking, which was Oldsmobile’s “companion.”

How many of you are aware of these brands? Today it seems odd that, a decade after General Motors stopped producing Pontiac after its bankruptcy and 15+ years after Oldsmobile was folded, General Motors once thought it did not have enough brands. Of course, it was really GM “czar” Alfred Sloan who thought that. His motto was, “A car for very purse and purpose.”

From the Mac’s article:

“In the 1920s, as General Motors president Alfred P. Sloan and his executive committee crafted the first real divisional product strategy for the automaker, with Cadillac at the top of the pricing ladder and Chevrolet at the bottom, they discovered an apparent shortcoming in their plan. And a potential opportunity: There were significant or at least perceptible price gaps between each GM car make and the next. To fill these gaps—and, it was hoped, sell more cars—the company created what it called “companion makes.” Note Sloan’s characteristic caution: Instead of launching four all-new makes, a risky move indeed, the new brands were partnered with existing divisions.

To fill the market opening between Cadillac and Buick, Sloan and crew introduced a junior Cadillac brand called LaSalle. The price gap between Chevrolet and Oakland was bridged with a new Oakland sub-brand, Pontiac. And between Buick and Oldsmobile, where they discerned the widest price gap, they created two new companion makes, with Buick’s Marquette priced just below Buick, and Viking, priced above its Oldsmobile parent brand. That made Viking unique in at least one regard: While the rest of the companion brands were price-ranked below their parent marques, the Viking was actually more expensive than Oldsmobile. At $1595, the Viking was priced more in Buick territory than in the existing $1000-1200 Oldsmobile range.”

Of course, the companion make program was more miss than hit. Marquette and Viking did not survive the early years of the Great Depression and LaSalle only made it to 1940. Pontiac, though, was so successful that GM eliminated its “parent” make, Oakland, after the 1931 model year and a 25-year run. Oakland began as an independent automaker in 1907, but was purchased by William Durant and his new General Motors company in 1909. (Of course, after writing the word “LaSalle” my OCD/ADD brain is playing the opening song from All In The Family in my head. 🎶 “Gee our old LaSalle ran great, those were the days.” 🎶) From Mecum, a picture of a 1931 Oakland Model 301 sedan: 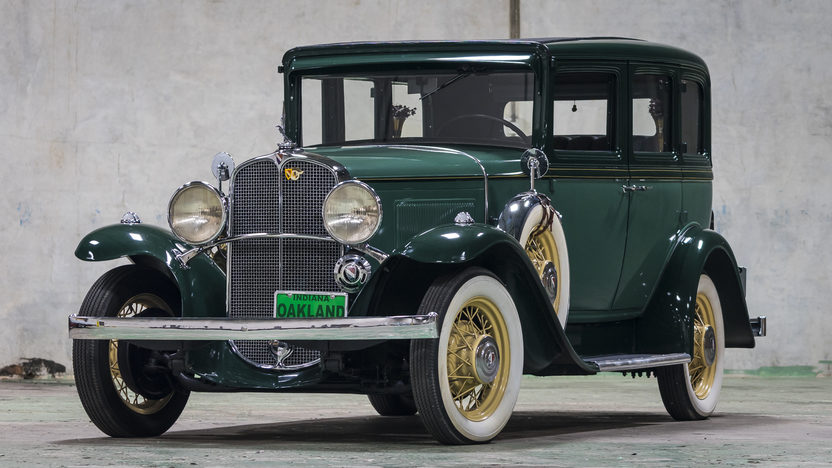 To be honest, almost all cars of this vintage look the same to me. I guess I don’t really notice things like grills, hood ornaments (Ernamerntz!), trim placement, etc. I suppose many people would say most contemporary cars bear a strong resemblance to each other.

Today, some car manufacturers have a companion make in an effort to have an upmarket brand. Toyota created Lexus in 1989, Nissan created Infiniti the same year and Honda created Acura in 1986. Even Hyundai/Kia now has a “separate” luxury brand, Genesis, which grew out of a model introduced in 2008. I guess one could say that even Mercedes-Benz has an upmarket brand in the Maybach although the latter was once an independent company and, in all honesty, is not all that differentiated from MB.

Everything old is new again?