The clock is ticking. Well, and not to be too morbid, the clock is always ticking for all of us. I am referring to more of a short-term clock, a very short term.

My wonderful wife and I signed the necessary papers yesterday to sell our house. Although closing is not until next week, our part is done. The signing was actually rather anti-climactic. We went to our realtors office; only one employee was there. We signed maybe four or five documents although we did pause to call our realtor with a question before we finished signing. We did have to wait a few minutes at the beginning for the forms to be emailed to the realtor and printed.

After about a half hour we were done and we left. A couple of days after we close on the sale we will sign the papers to buy our new house; that time has already been set.

It seems like the actual buying and selling transaction, the execution of the necessary documents, is just not as big a deal as one would think, at least not from my perspective. You sign your name a few times and you have completed the most significant purchase and sale of your life. Since we are not getting a mortgage to buy our desert home I don’t think that transaction will take even an hour.

The clock is ticking; by the end of the first week in November my wonderful wife and I will be living in the desert in a house we own. At least, that’s the plan.

If I were doing an In Or Out? post, this would be the day as I believe I have published all, or virtually all, of them on Tuesday. However, I have another idea.

The idea came to me from the post that was originally supposed to be called Lexus A or Lexus B. What if I offered you a choice of two cars that weren’t necessarily of the same make? You could use any criteria you want to choose between them. Let’s see how this goes… 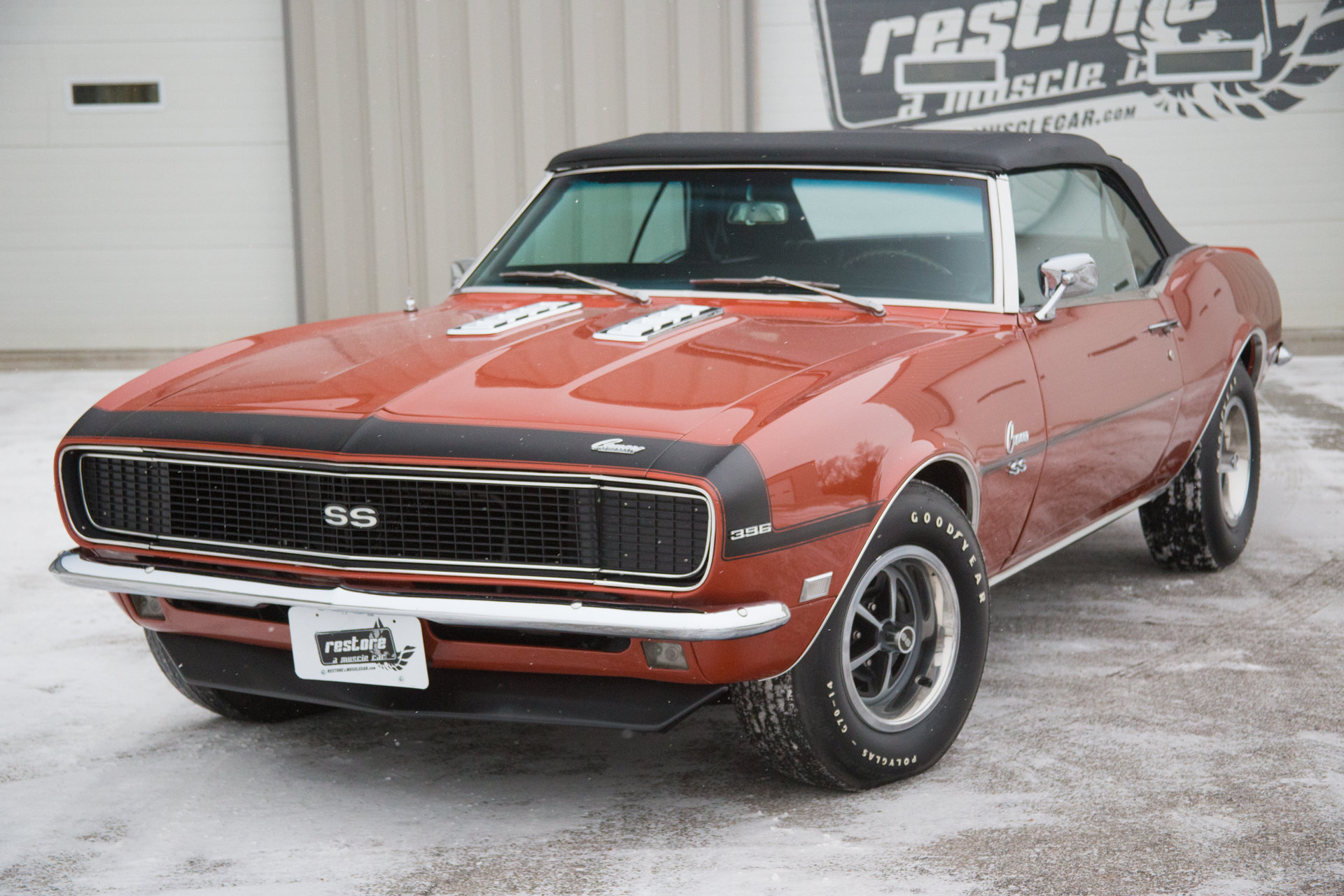 The top photo is a 1968 Chevrolet Camaro RS/SS (picture from Restore A Muscle Car) and the bottom photo is a 1968 Dodge Charger R/T (photo from an unsecured site, autorestorationice). No, if I make this a regular feature the cars will not have to be from the same year.

For the Camaro, RS (Rally Sport) was an appearance option with its most notable feature being the hideaway headlights. The SS (Super Sport) option was about performance. In its first generation (1967-69), the Camaro was available with many different drivetrain combinations. The badging on the car shown reads “396.” If so equipped, the max output for that engine, an output only available with a manual transmission, was 375 HP/415 LB-FT of torque.

Of course, the R/T on the Charger grille stood for “Road/Track.” 1968 was the first model year for the second-generation Charger, a car almost universally admired by American car aficionados. The R/T was available with either the 440 cubic-inch V-8 Magnum engine or the legendary 426 cubic-inch hemi V-8, The Elephant. Either engine was available with a 4-speed manual or the 3-speed Torqueflite automatic. The hemi output was rated 425 HP/490 LB-FT of torque, but most of those “in the know” think the official rating was a ruse and that output was closer to 500 HP/525 LB-FT.

OK, which car would you prefer, the ’68 Camaro RS/SS or the ’68 Charger R/T? That would be an extremely difficult choice for me, by the way. I am a big fan of both cars.

If I post tomorrow, it will probably be a short one. If not, I will hopefully see you on the flip side. Stay safe and be well.