I am going to share a long-held secret. As long as I can remember one of the manifestations of my OCD has been to utter a phrase to myself in a soft whisper. I usually do this several times a week.

The phrase used to not really be connected to what was happening at that moment. That phrase was often a variation of “The 1958 Baltimore Colts.” Today’s Monday Musings “number” reminded me of that.

Of course, I was not alive in 1958, but that team is probably the most important one in the history of my former hometown. It was Baltimore’s first major sports championship of the 20th century as the city was without major league baseball from 1903 to 1953, inclusive. As for football, Baltimore had a team in the AAFC from 1947 to 1949 and that team was included in the NFL-AAFC merger, but only lasted one season before folding. A year before the St. Louis Browns relocated to Baltimore (1954), Baltimore rejoined the NFL.

In the last ten years, the phrase is more often related to what is happening in the moment–although not necessarily at that exact moment–and, as a result, has become far less benign and far more angry. I hope the move to the desert elevates my mood, at least a little bit, and perhaps the phrase can go back to being about the ’58 Colts.

Either tomorrow or Wednesday will be the last day I post before we move. As photobyjohnbo has pointed out, I could write some posts that would automatically publish at times I select, but I think I’ll just use this time as an organic break. PLEASE don’t forget about Disaffected Musings. Barring a horrible turn of events, I will resume posting.

This Corvette Blogger article from two weeks ago is titled, “What The Reveal Of The C8 Lineup Tells Us About The Future Of Corvette.” First, the “obligatory” photo from said post: 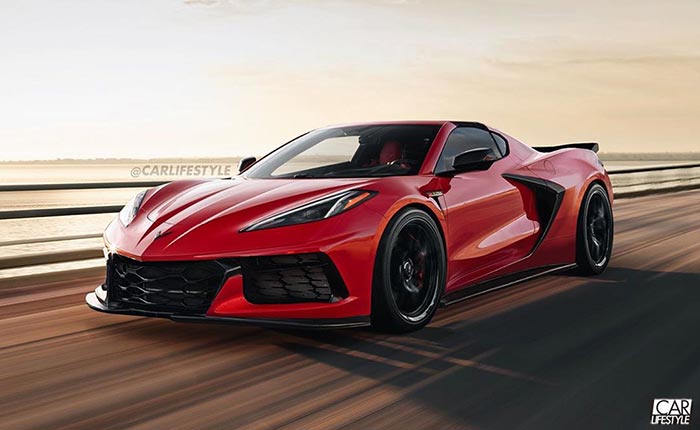 “The cadence of a modern Corvette product roll-out is like the beat of a familiar song for us faithful fans.”

“The trim level names include a familiar cast of characters. Stingray, Grand Sport, Z06 and ZR1 with the only deviations being where they are slotted in the performance hierarchy.”

“While the all-new C8 is going to continue this strategy, there’s a new twist that is rarely talked about in the open air. First, we told you about the electric hybrid E-Ray trim level that will not only replace the Grand Sport, but will introduce all-wheel drive and electric propulsion to the Corvette for the first time. Combined with the LT2 V8, the hybrid will be estimated at 600hp and will slot nicely between the base model and the 650hp, flat-plane crank DOHC V8 Z06.”

“A top-of-the-line Zora model will take the E-Ray a step further with 1000hp and nest at the top of the lineup. Motor Trend brings us a deeper dive of the new model mix, but if you read between the lines, the future of Corvette unfolds further. Based on this article, when the full C8 lineup blossoms, fully half of the lineup will have hybrid-electric power.”

I have offered the thought that the LT2, the current base motor for the C8, will be the last pushrod engine for the Corvette. The author of this piece, Dave Cruikshank, goes one step further. He believes that the next-generation Corvette, the C9, will offer only an all-electric drivetrain and not even a hybrid setup like the McLaren P1 or Ferrari LaFerrari. It is true that long ago and very quietly, Chevrolet/GM trademarked the name “E-Ray.”

I must admit a feeling of disappointment in reading Cruikshank’s opinion. I don’t know why a modern DOHC gasoline engine can’t be offered along with hybrid and all-electric drivetrains. Yes, having three drivetrains is expensive, and Chevrolet will want to amortize its non-ICE development costs over greater output so a DOHC engine could be an impediment. Still, I strongly believe that a significant segment of the car-buying public, especially in the US, will want to continue to buy ICE-powered vehicles for decades to come. Taking that option away could be a losing strategy for the Corvette. My 2¢.