Of course, many of the views/visitors came from people trying to find out why Cristy Lee was not on the Barrett-Jackson telecast that ended yesterday. I am a little surprised that so many of her “fans” didn’t realize that the Barrett-Jackson auctions were no longer televised on Motor Trend and that contractual arrangements probably prevented her from continuing, assuming that she even wanted to.

However, more views were of the main page of this blog than of Where Is Cristy Lee? so it’s possible other events also drove blog traffic. For more than a week before the Barrett-Jackson broadcast began, the number of views referred from search engines had increased dramatically. Maybe the news that Belly Biane (intentional misspelling) is probably leaving the Oakland A’s and baseball led people to search for “Moneyball Pioneer” and that led them to find this blog.

My strong belief that nothing in life is all good or all bad, that everything is a trade-off is being reinforced by this move. I was very sad after leaving Wegmans for the last time. I have made a point to walk around the house and to take photos, some of which I will show on the blog after the move. I am not happy about many aspects of this change, such as leaving our wonderful neighbors. However, my wonderful wife graciously agreed to two major moves at my request so I cannot deny her wish to move to the desert.

I am hoping that a new venue is a fresh start for my life, which in many ways has become a rut. I hope that “post-virus” we will both find new friends at the numerous car events held in the desert, which has a car culture far beyond that of the mid-Atlantic.

I was originally going to title today’s post “Lexus A or Lexus B.” I can still proceed with that idea, though.

At the recently concluded Barrett-Jackson auction, one of these was offered and sold for $440,000 all in. 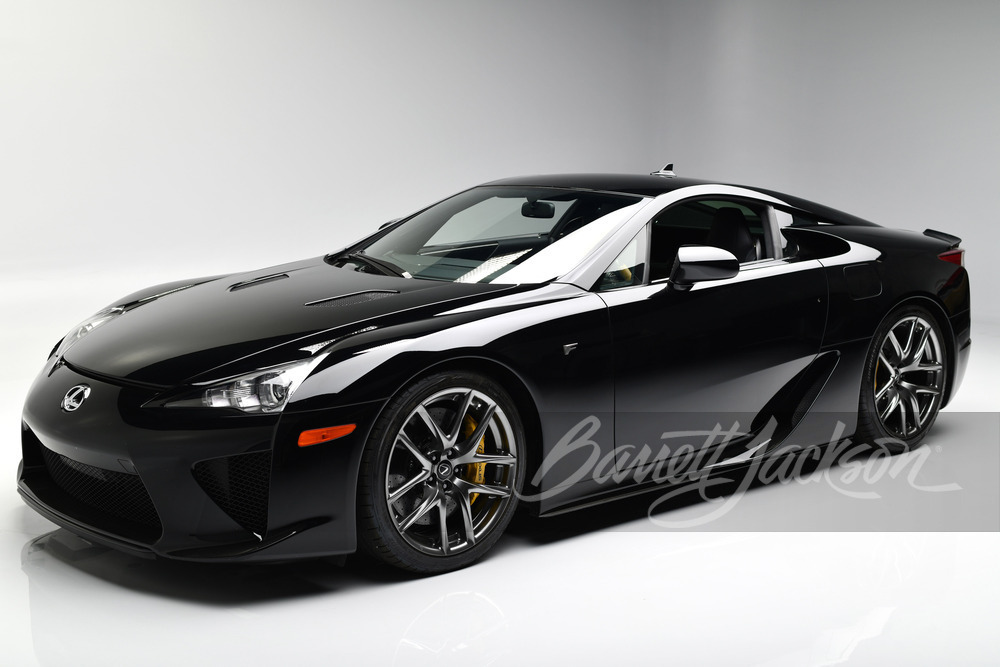 This picture is of the actual auction car and is, obviously, from Barrett-Jackson’s website. Oh, this is the amazing Lexus LFA. Jeremy Clarkson, famous co-host of Top Gear and The Grand Tour, said this is the best car he’s ever driven, or at least that’s what he said after he drove one for the first time.

The LFA had to be fitted with a digital tachometer because no analog tach could keep up with its amazing ability to rev. The LFA can rev from 0 to 9000 RPM in less than one second!

The LFA’s naturally aspirated 4.8 liter/293 cubic inch V-10 engine produces 553 HP/354 LB-FT of torque. In that way, it’s like a traditional Italian “supercar” engine in that the emphasis is on high RPM horsepower and not low-end torque. (Yes, I know the Lexus is Japanese in origin, not Italian.)

OK, the LFA is Lexus A; you can probably guess the identity of Lexus B.

From carmagazine.co.uk a picture of a Lexus LC (500). The LC is more of a GT car than the LFA, which is more of a “pure” sports car.

At present, the LC is powered by a 5 liter/303 cubic inch V-8 with output of 471 HP/398 LB-FT of torque in its non-hybrid version. A twin-turbo V-8 of smaller displacement but more power has been rumored to be in development for this car, but those rumors have faded recently.

OK, which of these cars do you prefer? Neither is inexpensive although the LFA is in another league in terms of rarity and price than the LC. Which do I prefer? Believe me, if I could afford it I would have both. I think the LFA is a marvel of automotive engineering and it’s far from ugly. The LC is one of the most handsome cars I have ever seen. Remember that it has been named to both editions of my Ultimate Garage.

I look forward to reading your thoughts.