I love shopping at Wegmans supermarket. Well, I guess I should write that I loved shopping there. Wegmans does not have stores in the desert being solely Northeast/Mid-Atlantic in location.

Since 1998, Wegmans’ employees have put the company on the FORTUNE magazine’s list of the 100 Best Companies to Work For®. The list began in 1998. Wegmans has always ranked at or near the top among supermarkets in the American Customer Satisfaction Index® and has had at least one year as the top retailer in America regardless of sector. I miss 56PackardMan’s contributions to the blog, but especially miss him here as he spent much of his career in the grocery business. Anyway…the selection of items was fantastic (it should be in a 110,000 square foot store), the prices were very good and the service was amazing. When I asked an employee where an item was instead of being told “Aisle 8A” they would walk me over to the right location and make sure I found the item.

Before I finished loading the groceries in the Z06 (which was another reminder of our impending change as I almost always went shopping at Wegmans in our Kia Sportage, which we sold on Thursday), I took some photos of the exterior of the store.

Thanks to all of the people who read this blog yesterday, which had the second highest number of views in a day in the history of Disaffected Musings as well as one of the top five in the number of unique visitors. Once again, people trying to find out why Cristy Lee is not on the Barrett-Jackson telecast were a large percentage of those views. I finally added a timely update to Where Is Cristy Lee? that answers why she is no longer a part of those broadcasts, at least my best guess. From showbizpost.com a picture of Cristy Lee that has been shown on this blog before. Events like selling the Kia Sportage and the last trip to Wegmans are making the move more real, but for part of me all of this is surreal and won’t believe we’re moving until we’ve actually done so. My mood has been more erratic than usual and it’s intrinsically erratic. My sleep has been even more disturbed than normal, which is both cause and effect for my mood. Unfortunately, I think the hardest part is yet to come.

On this day in 1900 the first meeting of stockholders and directors of the Ohio Automobile Company was held. You know the company better by the name it adopted on October 13, 1902: the Packard Motor Car Company.

I haven’t written as much about Packard (and Studebaker, Oldsmobile, Pontiac, etc.) lately as I used to. Part of that is explained by the departure of 56PackardMan from the blogosphere, part by the shift in the search for a Grocery Car/Taxi/Corvette Companion to something more modern and not from a defunct American car company. I still admire the cars, though, and still wish some or all of the Independent car companies had survived along with makes like Pontiac and Mercury.

Given that Barrett-Jackson has resumed live auctions, here is a picture of one of my favorite Packards, a 1956 400 model, that was sold at their Scottsdale auction in 2010.

At the current Scottsdale auction, a 1955 Mercury Montclair convertible sold for a strong $75,900 all in. I am mentioning the car because it bears more than a passing resemblance to Packards of the same time frame. Let’s see if I can paste in a photo of that car: 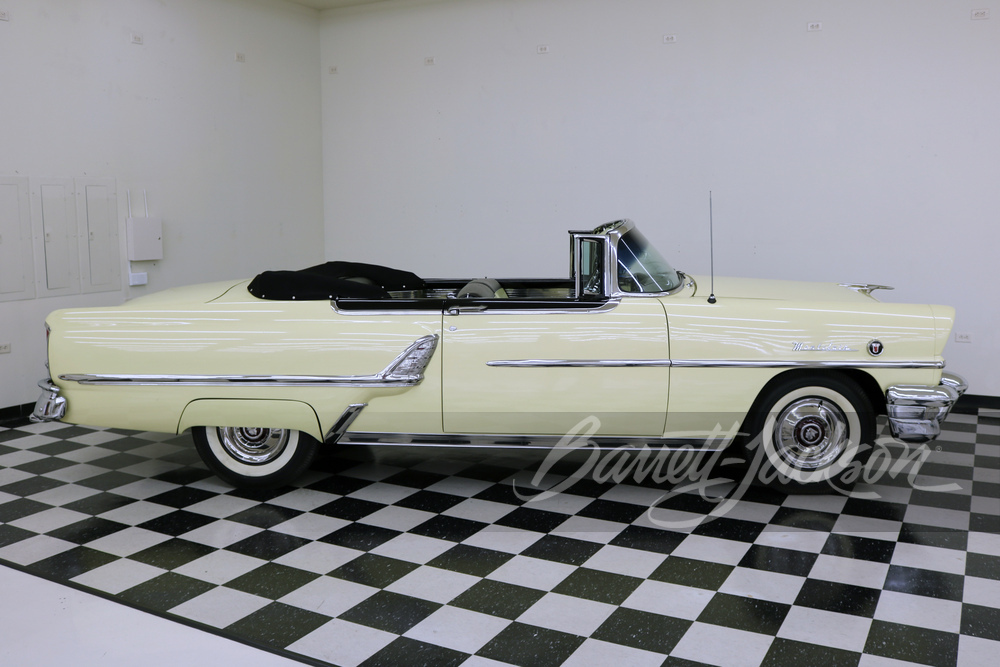 I will continue to dream about owning a car like either of these two although I know it’s likely to remain a dream unfulfilled. Once again, what is life without dreams?