OK…IF everything goes as scheduled, I will post for about another week and then not for 10-15 days. Yes, we are getting ready to move to the desert. Once again, until the move is done it’s not done (channeling my inner Yogi Berra), but we have dates for being packed, loaded and for flying out. Obviously, we also have tentative dates for closing on the sale of this house and the purchase of our desert home.

I am sorry to have to take the interruption (bloggus interruptus) as blog traffic has been very good this month. The number of unique visitors for the month is already the second highest in the history of Disaffected Musings and even with the looming hiatus may still “break the record.” Thanks for reading and please tell your friends! 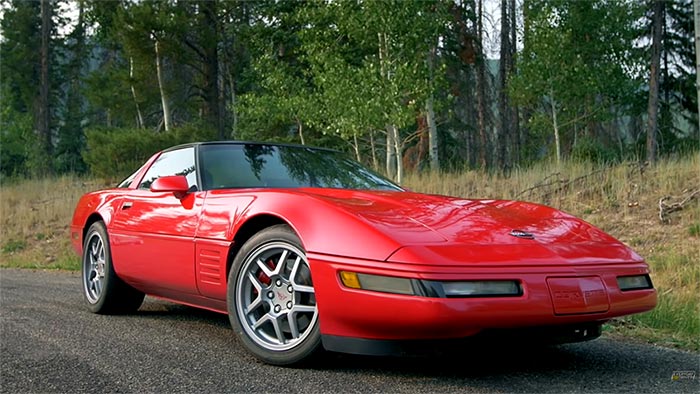 I am not really a fan of automobile racing. I appreciate that some advancements for “everyday” cars were originally developed for racing, and maybe I would enjoy racing if I were a participant (or would have before my reflexes diminished with age), but watching races on TV is virtually impossible for me. I didn’t exactly enjoy the one time I attended the Indianapolis 500 in person, either.

That being said, here is an interesting passage from the Corvette Blogger article:

“It [the C4 Corvette] was also a demon on a road course. In fact, it was so good and so fast, the Sports Car Club of America [SCCA] banned it in the late eighties. According to an article from our friends over at Hagerty, ‘Auto racing might be the only sport that penalizes a team for winning. When that happened to the C4 Corvette in the late 1980s, the incident started an intriguing new chapter in the marque’s racing history. The C4 Corvette thrust Chevy’s sports car into supercar handling territory, if not ultimate speed, when it debuted in 1984. With 0.9-g cornering, reliable Chevy small-block V-8 performance, and excellent brakes, the C4 quickly proved its mettle in SCCA Showroom Stock GT racing. The Vette utterly dominated the podium in the Playboy and then Escort Endurance Championship from 1985–87, relegating the Porsche 944 Turbo to a cameo role in the series.'”

“The Corvette beat Porsche 29–0 [emphasis mine] from 1985 to 1987, says John Powell, who ran a racing school at Canada’s Mosport track in Ontario, Canada, and campaigned ‘Vettes in that series. Corvette fans were happy, but the ‘Vette’s dominance threatened race participation by other brands, as well as fan attendance.”

I think a lot of car snobs have looked down at the Corvette. “A real car is made in Europe.” Bullsh*t! The base price for a Ferrari 812 Superfast is $340,000 and one can pay nearly a half million for a car fully equipped. The car will accelerate from 0 to 60 MPH in just under 3 seconds. The 812, which debuted in 2017, is the first Ferrari with electric power steering.

Magnetic ride shocks made their Ferrari debut with the 599. That technology was first used on the Corvette.

Hey, I understand the desire of those who can afford to buy a Ferrari to actually buy one. If I could afford one, I would almost certainly buy one as well. I still would keep my Z06, though.

Back to the Corvette Blogger piece…one of the main points of the article is how much the two Everyday Driver hosts liked the C4 Corvette. I used to have that episode saved on a DVR, but at some point the episode developed an inability to play on any receiver in the house so I deleted it. Wonder why we’re jettisoning DirecTV after we move? Oh, many of the saved episodes of all shows that have been saved for more than just a few weeks have stopped playing. Anyway…

As I have written before, if you have an uncontrollable urge to buy a Corvette, a C4 can be a very affordable way into one. I would, though, recommend one from 1992 or later, particularly from 1995 or 1996 if you can find one. A ZR-1 would be an exception, of course, although probably not as affordable as a “base” Corvette.