The Chinese concept of Yin and Yang is about how seemingly opposite or contrary forces may actually be complementary, interconnected, and interdependent in the natural world, and how they may give rise to each other as they interrelate to one another. (It’s not Ying and Yang, people; it’s Yin and Yang.)

Last night I had a dream that I would describe as Yin and Yang. I was in a hotel by myself, apparently devoid of money and the only clothes I had were the ones I was wearing. Naturally, I was distraught. A young woman who worked behind the front desk somehow sensed my situation. She whispered to me that she could help. “I shouldn’t be doing this, but nobody will know.”

She pulled out a small metal box, which I assumed contained the hotel’s petty cash, and I thought she was going to give me a few dollars. Instead, she handed me a large number of $500 bills. (Are these bills even in circulation, anymore?) Obviously, I was extremely grateful and asked her if she was sure she could do this. She just nodded; I thanked her and left with the money although I felt guilty.

The dream continued with my going home and telling my wonderful wife what happened. She didn’t believe me until I showed her the money. She was also grateful and yet felt a little tainted.

Part of me thinks this dream is a sign that I see the move to the desert as a gift leading to a better life for us, but also that I feel guilty about “leaving behind” people who are important to me. Does anyone reading care to offer an interpretation?

From this post by Colin Windell comes this picture of the new color available for the Lexus LC, at least in South Africa.

The color is called Blazing Carnelian. Except perhaps for the front grill (dubbed “the cow catcher” by critics), I think the LC is a masterpiece in automotive design. The car has appeared in both editions of my Ultimate Garage.

From Corvette Blogger comes two pieces of news (Yin and Yang?); the first is that due to COVID-19 causing a disruption in the supply of parts and assemblies, the Corvette production line will shut down for about a week through Monday the 19th.

The second bit of news is a “spy” photo of a 2022 Z06 in camouflage being tested at Grattan Raceway in Michigan. It is not my intent to violate any copyrights by showing this picture. 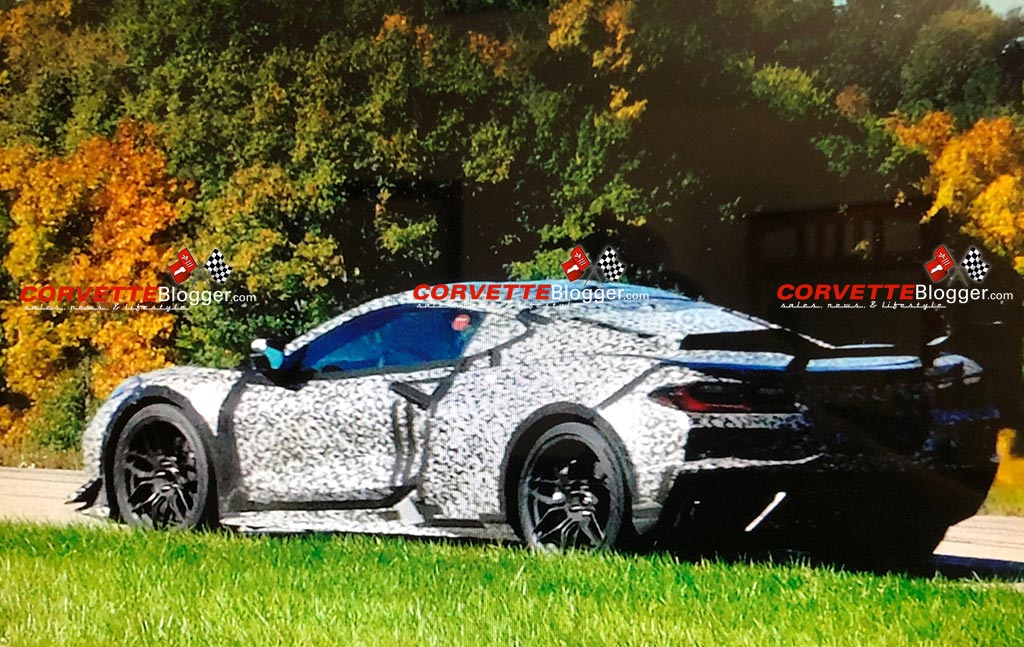 From Corvette Blogger: “The 2022 Corvette Z06 is rumored to be powered by the LT6 flat-plane-crank V8 that is currently powering the Corvette C8.R race cars. The engine has been rumored to produce somewhere around 650 hp and 600 lb-ft of torque from the naturally-aspirated 5.5L 32-valve DOHC engine.”

I have speculated before in this blog that the current base LT2 engine for the C8 could, emphasize “could,” be the last pushrod engine offered in a Corvette. Why would Chevrolet/GM put in the time, effort and money to develop DOHC architecture and yet continue to produce an “old-fashioned” pushrod engine? My 2¢.

4 thoughts on “Yin And Yang”