Yesterday was the 1,000th day that this blog has existed. It was also the day with the most views/visitors since before my one-week hiatus necessitated by the house-hunting trip to the desert and a medical procedure.

Although actual search terms are almost always hidden, I think yesterday’s traffic was largely due to people searching for Cristy Lee. I think some people are only just finding out that she is no longer on All Girls Garage. That surprises me because I think the new season, the first without her, debuted in April.

The three posts about her and her change in broadcast schedule account for more than 4 percent of all blog traffic in 2020. Where Is Cristy Lee? is easily the most viewed post of the year and in the history of this blog. Not counting the About page, Where Is Cristy Lee? has had more views than the next three highest posts for this year combined. From the Garage Squad website, Lee is now on that show, a picture: 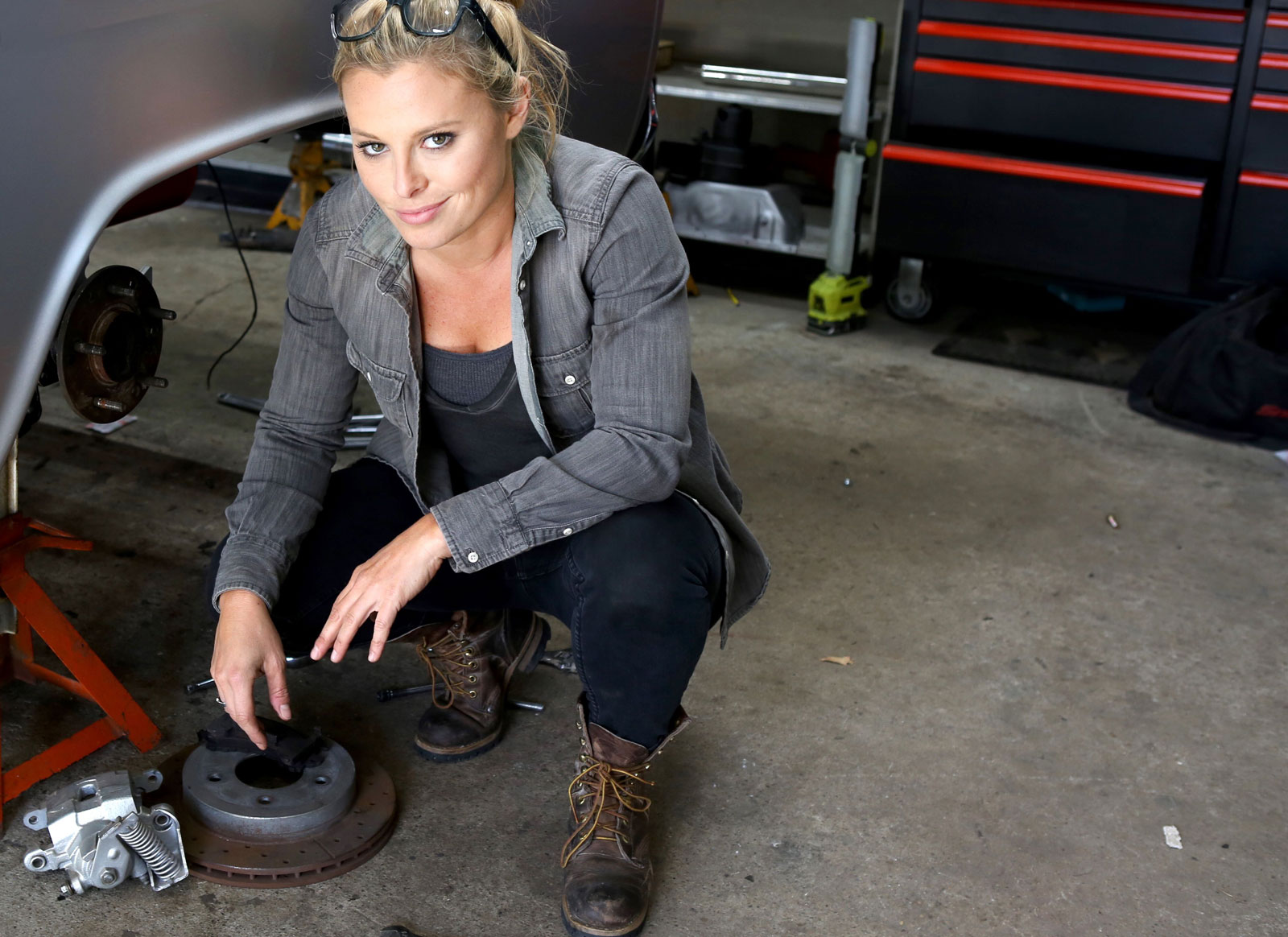 I’m not sure how, but I stumbled on the website alux.com yesterday. One of its posts is a list of “Brutal Truths.” Of course, one person’s truth can be another’s lies, but that’s another story.

Brutal Truth Number 7 (of 15) was Money, Fame & Success can make you happy. Here is more:

“Anyone who says otherwise is lying or probably stupid. Money, Fame & Success are tools which you can use to become anything you want. If you want to donate your wealth to the underprivileged and live as a monk in the Himalayas, you get to do that, if you want to travel the world and discover different cultures, ideas & ideologies, that is also an option.”

“Success means you have options, you are not constrained by your reality, you can say NO or YES when you feel like it.”

“Although money doesn’t buy your happiness it can buy positive experiences for you and those you care about, which used correctly will evolve into personal happiness.”

“Stop villainizing successful people just because they live better lives than you!”

I definitely agree with the last point. The “entertainment industry’s” portrayal of wealthy people is almost universally negative. However, EIGHTY PERCENT of American millionaires are first-generation millionaires; they did NOT inherit their wealth.

That truth leads me to Brutal Truth Number 10:

The Poor Stay Poor because they never try to learn. Of course, a large segment of the population feels that poor people in America are poor because they are oppressed. Sorry, most people in the developed world who are less well off are in that situation because of bad decisions they (or their parents) have made. More from this “Brutal Truth:”

“In order for anyone to achieve financial success they need a particular set of tools which to our surprise most people never ever research and acquire them.”

“These tools can make anyone rich, can get anyone the life they want if used to their fullest potential.”

“Although a good starting hand helps a lot, you can still do it even if you’ve been dealt an unfairly bad one.”

OK, I don’t think that anything guarantees success; life just doesn’t work that way. No one is owed or guaranteed anything. However, I think a large segment of the American population thinks they are owed a comfortable life just by mere virtue of their existence. Sorry, if some POS wants to stay home all day, every day smoking weed and playing video games, F*ck Him! (Tell us what you really think…)

The notion that government should support people who don’t want to work is frightening. Very few people always do the “right” thing or the “wrong” thing; most people respond to incentives and to disincentives. If people have strong incentive not to work, not to be productive then millions will take the easy way out. That would be an unpleasant place to live. Here is a remark by a “hero” to many of those who support government aid to people who don’t want to work, Franklin Delano Roosevelt:

“The lessons of history, confirmed by the evidence immediately before me, show conclusively that continued dependence upon relief induces a spiritual and moral disintegration fundamentally destructive to the national fiber. To dole out relief in this way is to administer a narcotic, a subtle destroyer of the human spirit. It is inimical to the dictates of sound policy. It is in violation of the traditions of America.”

Yesterday’s In Or Out? car, the Monteverdi High Speed 375, received five votes (all In) so the feature will continue. So far, 9 of 13 cars have been voted In, 3 Out and there was one tie.

In all honesty, I was hoping for a more even split of outcomes, but 13 cars is not a large sample. How do I choose the cars? In all honesty, I don’t know. I just have an “inspiration,” much in the same way I find topics for my (almost) daily post.

What make/model of car with a 12-cylinder engine and fewer than 50,000 miles is currently the least expensive such vehicle available on AutoTrader? A car like this: 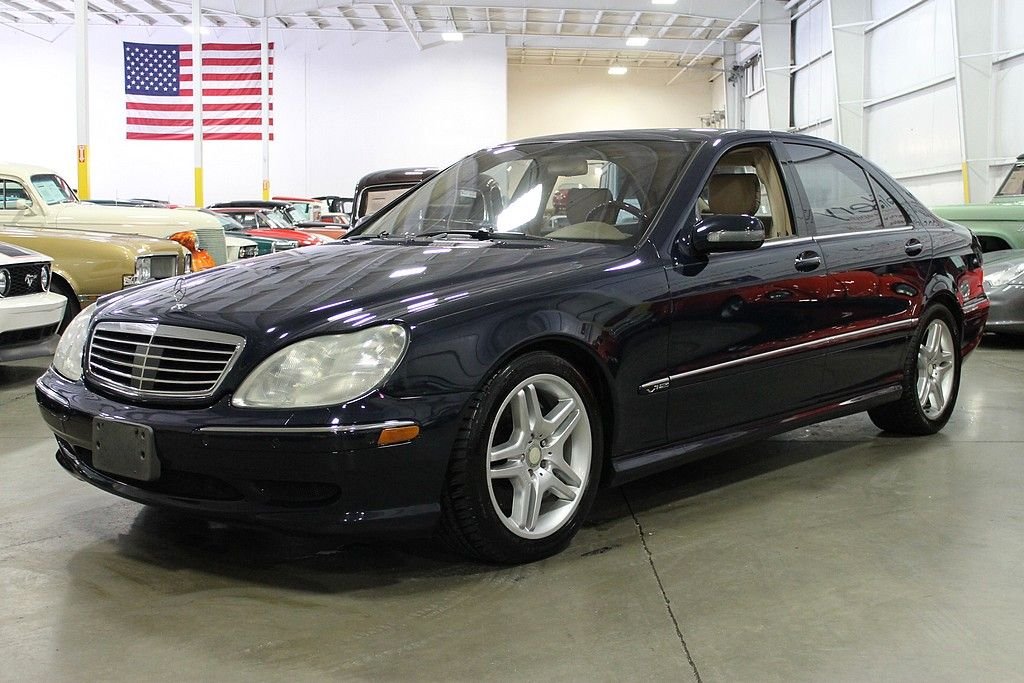 From grautogallery.com (I didn’t use the AutoTrader photo because they are aggressively breaking links to pictures on their site) a picture of a 2001 Mercedes-Benz S 600. I am not a fan of Mercedes-Benz S and C class cars and not a fan of four-door automobiles, but AutoTrader has one of these for sale with only 43,249 miles offered at $7,495.

The original Top Gear show from the UK had an episode where the challenge, I think, for the three hosts was to find an inexpensive 12-cylinder car. If I recall correctly (IIRC) none of the cars were actually much good. Still, with just 43,000-ish miles one could buy a “practical” 12-cylinder car for a four figure sum. I would still rather have a Maserati Quattroporte if forced to buy a four-door, but different strokes for different folks. (DSFDF)