As I have written here before at least a couple of times, despite the extreme tumult this has easily been the fastest year of my life. The fact that this is the last day of the 3rd quarter of 2020 is very difficult to comprehend.

Did you know that the S&P 500 has increased by about 7.5% this quarter? That fact makes my decision to liquidate about 40% of our equity portfolio in early June not look so smart. Maybe so, but I would probably do it again.

I thought stock markets had run too far, too fast without a COVID-19 vaccine. I smelled a Democratic sweep in November, which will probably not be good for equity markets, at least in the short/intermediate run. I also needed to raise cash to help with the purchase of our home in the desert, which will entail more than just the purchase.

In my opinion, money is not an end unto itself. While I am not a reckless spender, ultimately we save and invest so we can spend when necessary and, on occasion, when it’s not necessary. A financial services company has a commercial which presents the idea that money is a tool, not a goal. I agree with that thought. Oh, I did not grow up with money.

According to 365 Days Of Motoring (an unsecured website, which is why I didn’t embed the hyperlink), on this day in 1935 the one millionth Oldsmobile was built. Fifty years later, 1985 for those of you who are mathematically challenged, Oldsmobile ranked second among all American makes in sales/production, behind only fellow GM make Chevrolet. In that year Olds produced more than a million vehicles. By 2005, unfortunately, Oldsmobile was no more.

I have written about Oldsmobile and its numerous contributions to automotive innovation before. I have also written that it is, and will always be I suppose, the only American car company to produce automobiles in the 19th, 20th and 21st centuries.

So, what was the best-selling Oldsmobile in 1935? It was the F-35 Six, 4-door touring sedan. From a Flickr page, a picture of what I hope is that car: 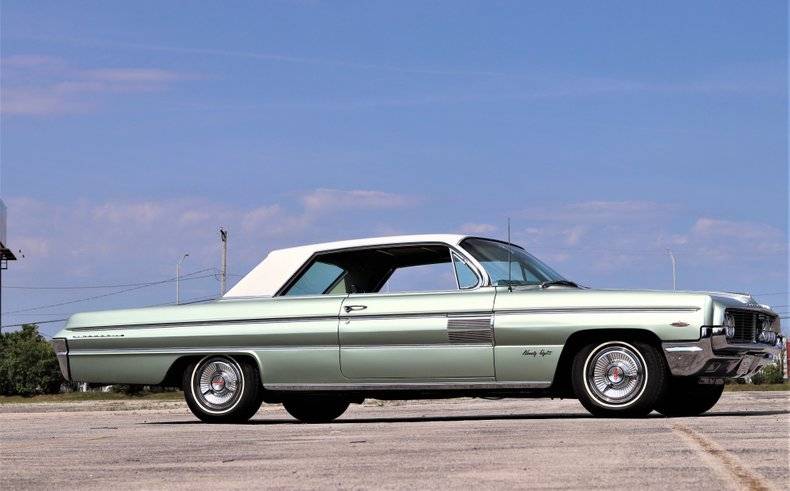 The picture is from this Hemmings ad. OK, so it resembles similar size Buicks and Pontiacs of the same period. The trim on the front doors and the Oldsmobile/Ninety Eight badging is enough for me. Besides, it had an engine unique to Olds, the 394 cubic-inch V-8. The motor was rated at 330 HP, but 440 LB-FT of torque.

Part of me still longs for a car from a defunct American make. Maybe one day I’ll get to put some of my savings/investments towards that goal.