Sorry, this isn’t a word jumble…

More than one person has suggested that the average number of daily views for this blog would increase if I were to post less often. Well…in the recent week where I didn’t post (Sept 16-Sept 22), the number of blog views was 63 percent lower than in the previous week. This is consistent with what happens on those single days, which are not common, that I don’t post. The number of views is always lower, usually by about 40-60 percent, than the average of the previous week.

The competition for eyeballs on the Internet is quite fierce. New content drives traffic to blogs, especially since this blog now has a fair number of followers including those who have signed up to follow it via email and not on WordPress, per se. If the followers don’t receive notification of new content, then they almost certainly won’t look at the blog.

Some might consider this to have been an odd choice for a photo venue, but consider the source. 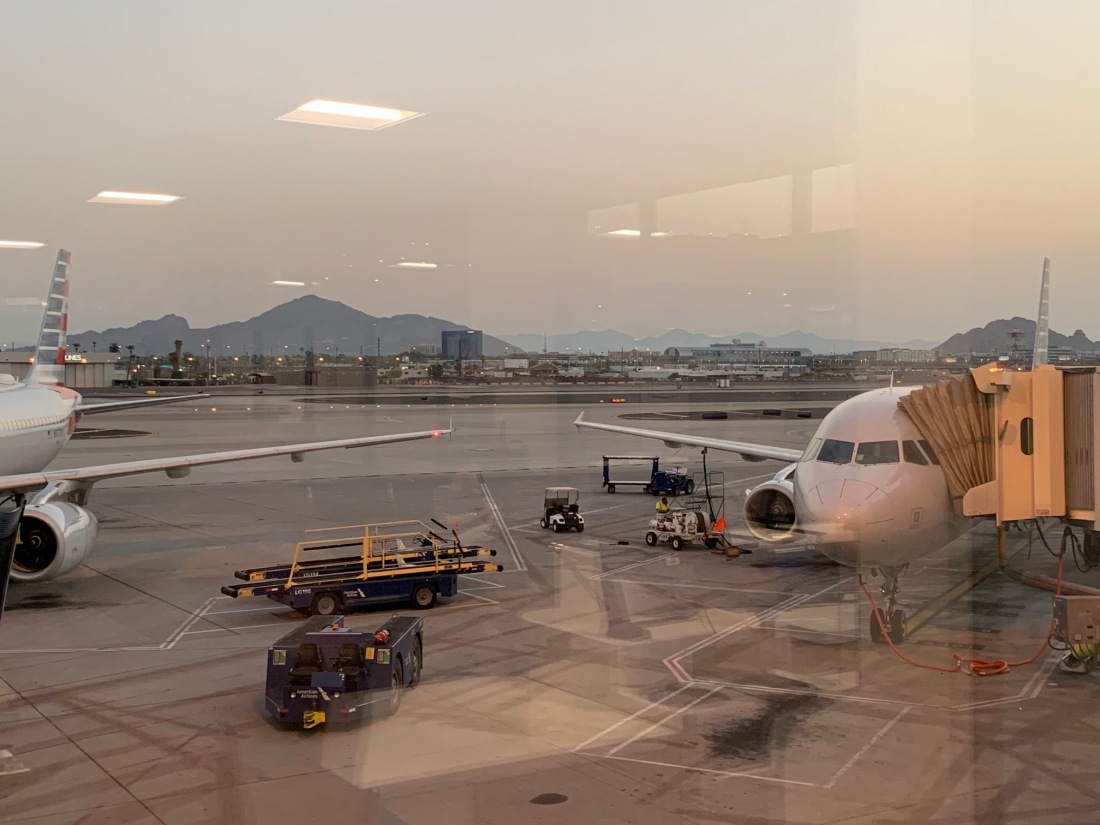 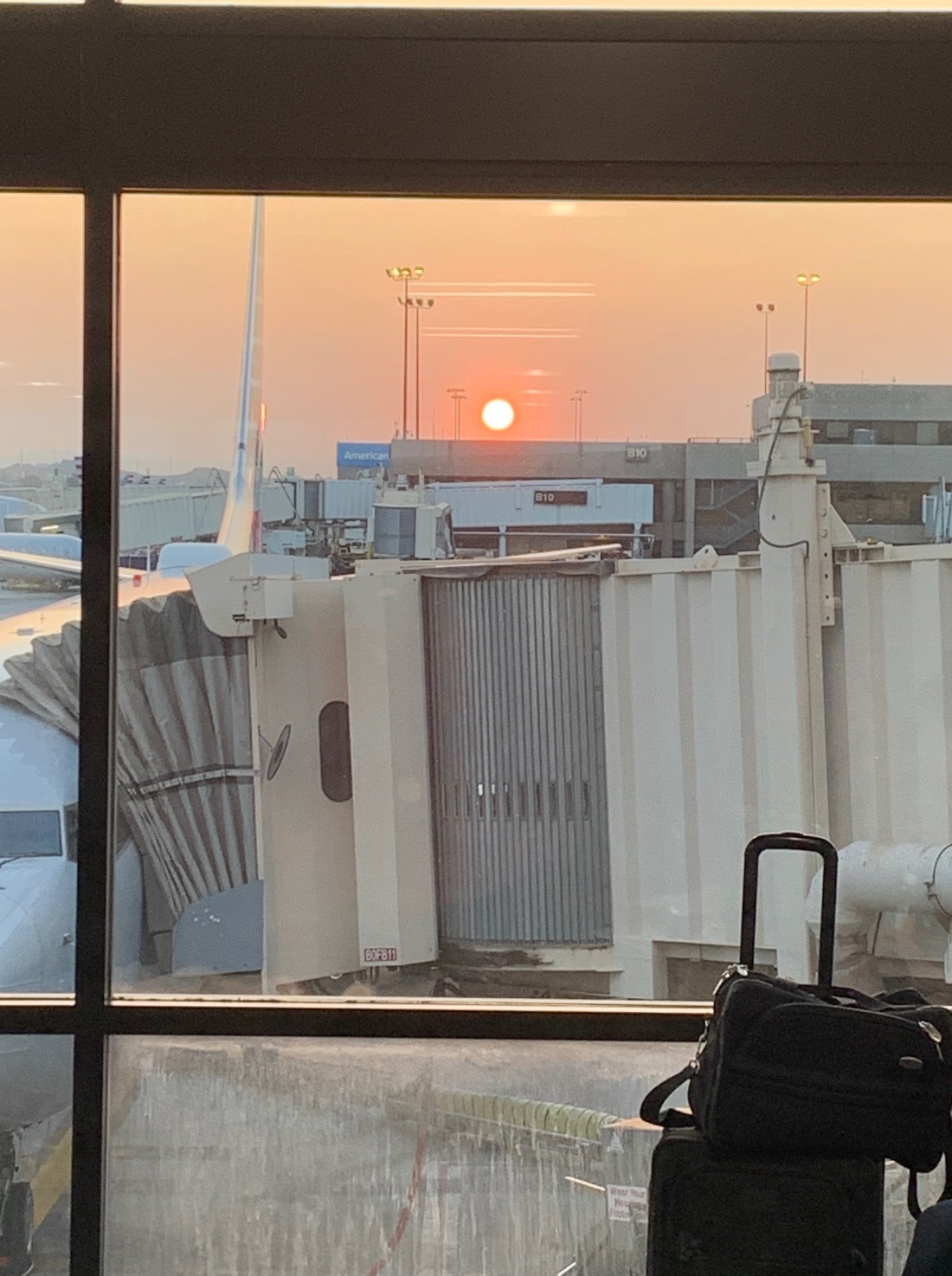 My taking the “sunrise” photo inspired at least one other traveler to take a similar picture. Obviously, these pictures were taken at Sky Harbor Airport in Phoenix and they were taken as we were about to board our return flight home, our home for a little while longer, anyway. I just love looking at mountains; what can I say?!

Two more photos from the desert: 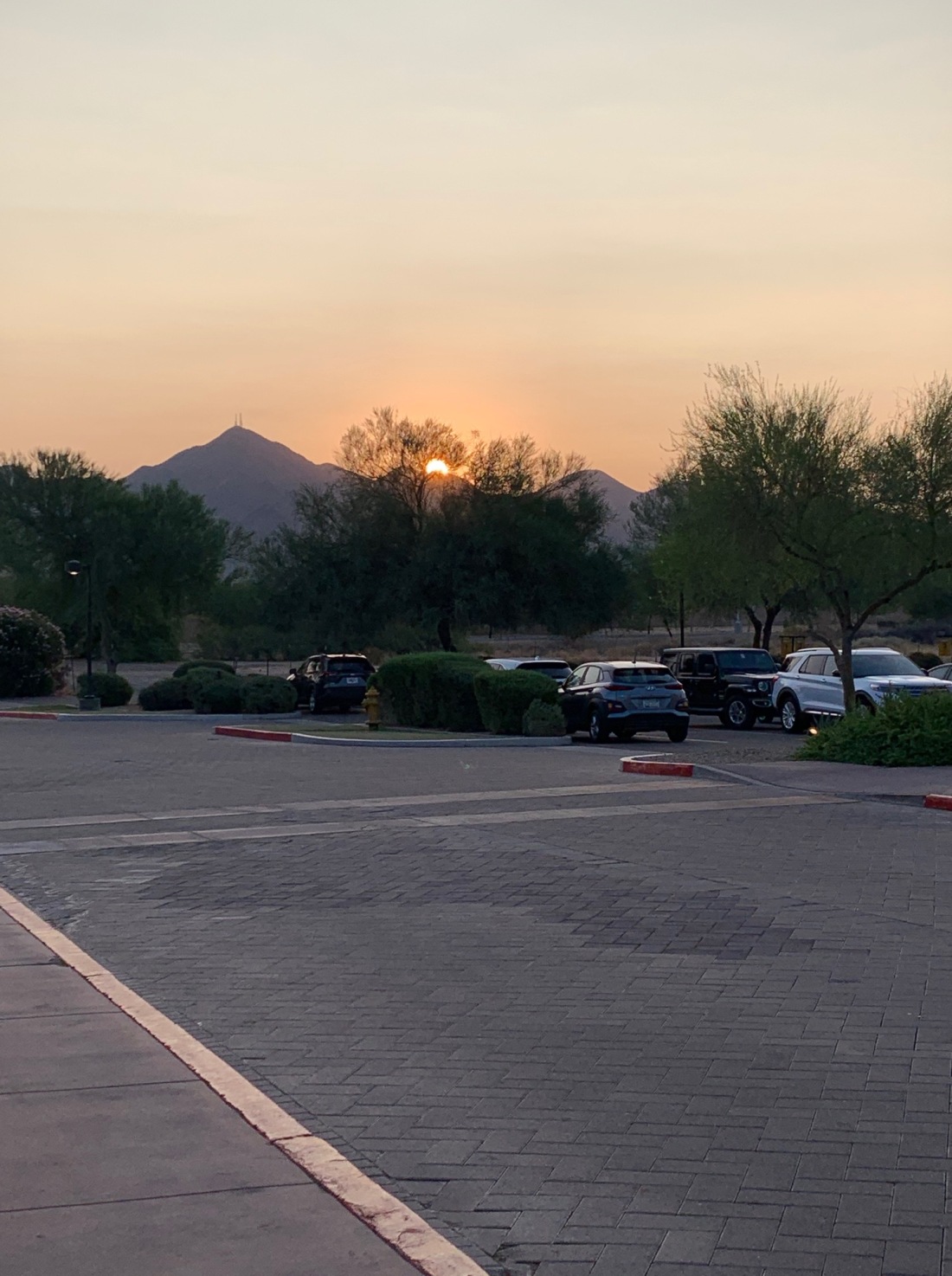 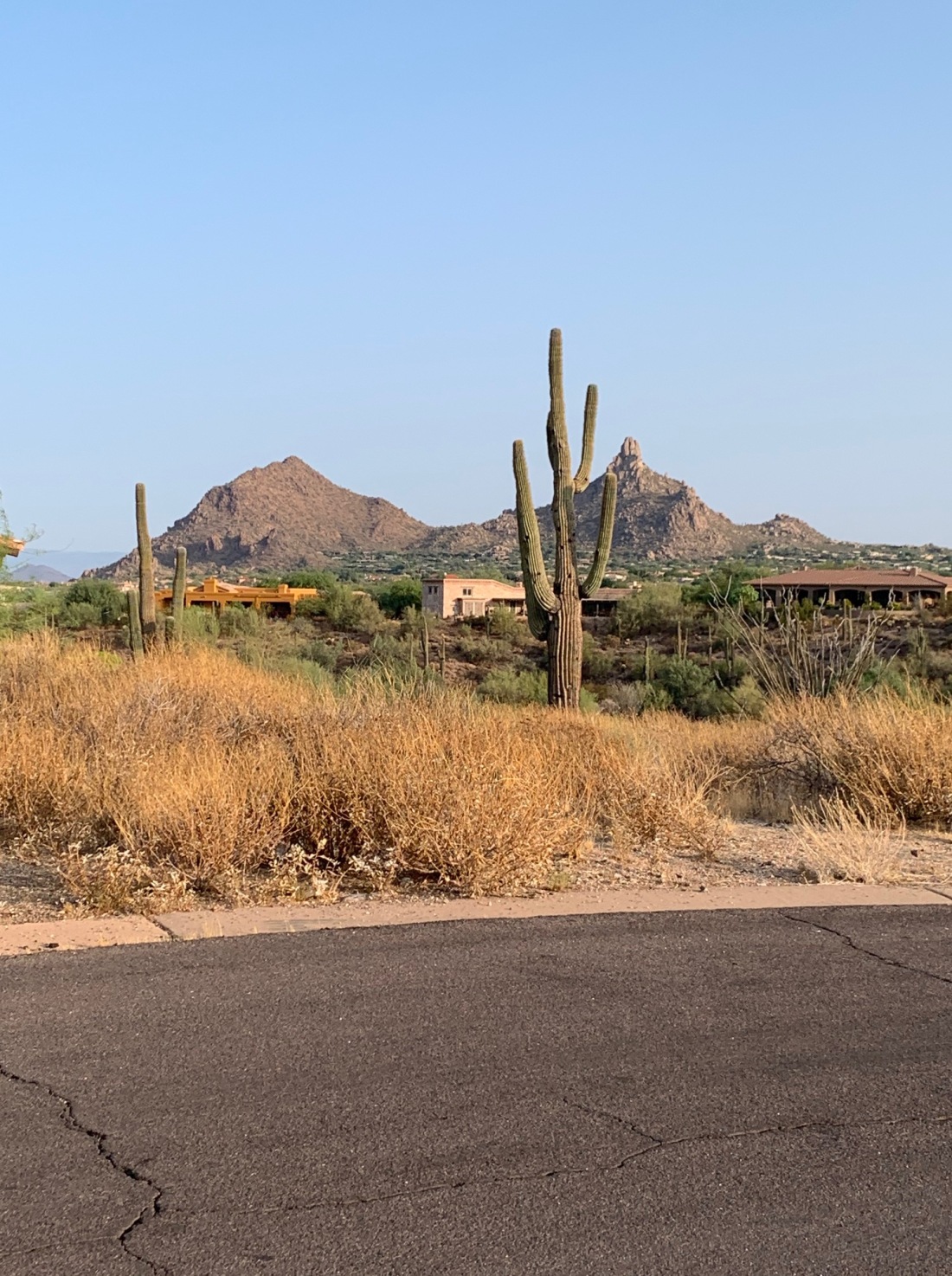 While much remains to be done before we complete the move, my wonderful wife and I are getting excited. She is particularly enthusiastic. Why wouldn’t she be? She’s going home.

On or near the day we had “a deal” to sell our house, I became quite sad and nostalgic. Although the magnitude of the repairs needed to finish the deal has pretty much removed any sentimentality, on that day I took a lot of photos of the house. Don’t ask me why, but this is the one I wanted to share. 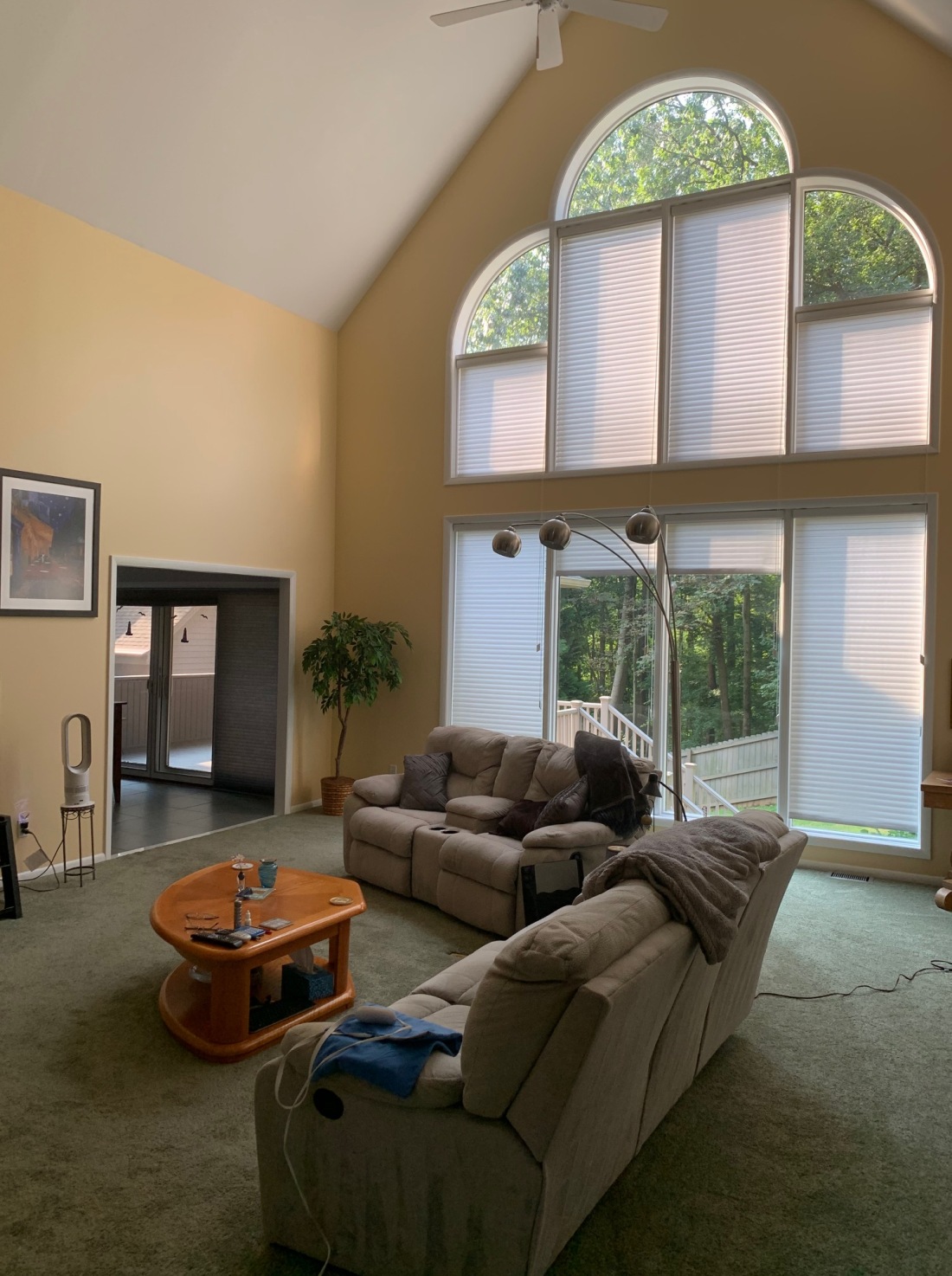 My wonderful wife and I have spent countless hours in this room, almost all of those either on a giant green sectional that we brought from Texas or on the larger of the two pieces (the one in the foreground) graciously purchased for us by my wife’s mother. The two “sofas” and the table are among the few pieces that will be moving to the desert. We have already rid ourselves of the furniture in the two guest bedrooms as well as many other items.

I have to admit that if I had my druthers, then this would probably be the “new” car I would purchase after we move.

The Maserati Gran Turismo coupe has four seats and a trunk so it could serve as a grocery car. It would not be a great taxi, but it could manage in a pinch. I think the looks are stunning and with its Ferrari engine it’s certainly no slug.

I will continue to hope that we end up with something like this. Who knows what the future holds, anyway?