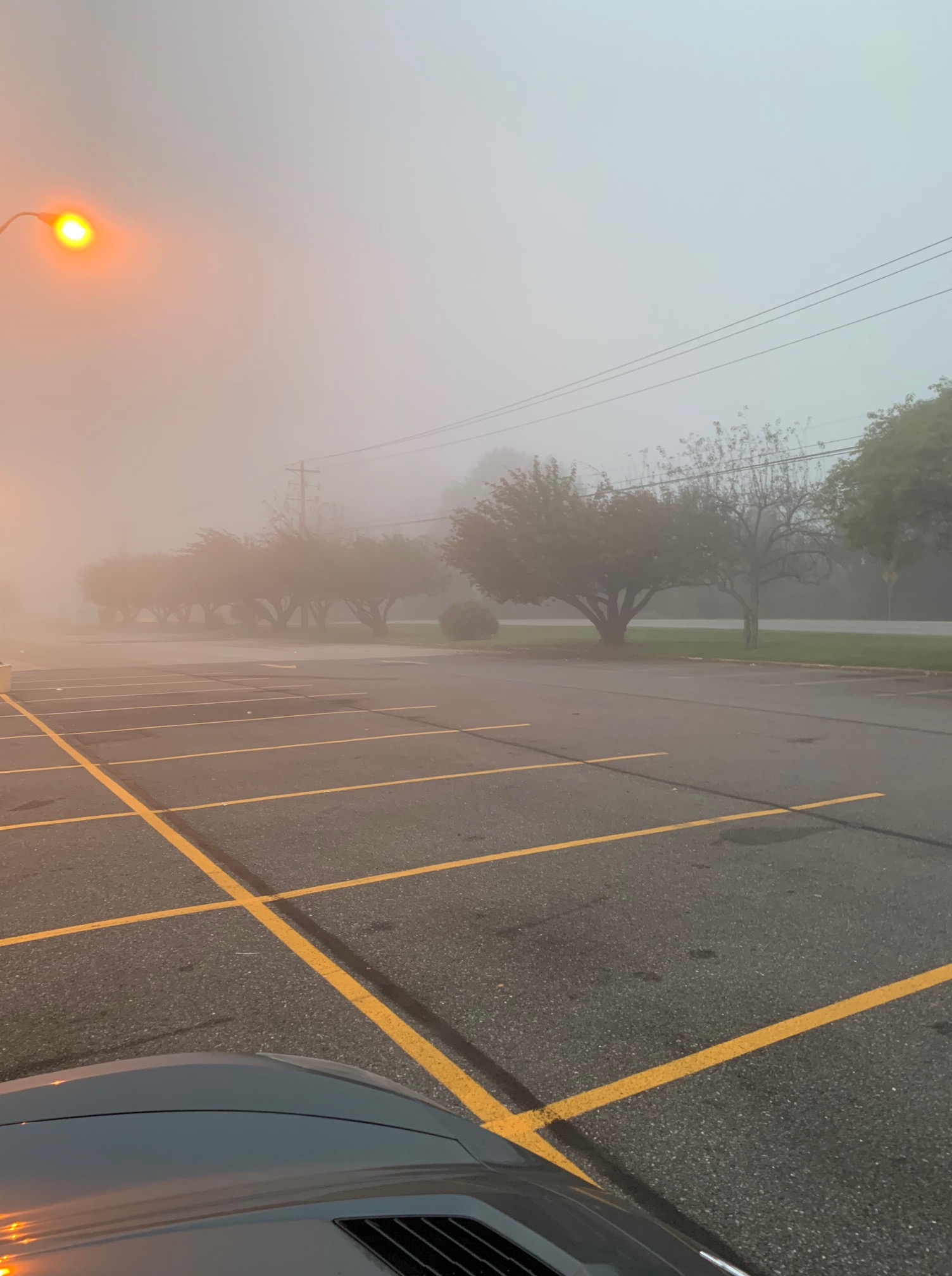 It’s not just this morning’s weather that led me to call the post “Foggy Friday.” I am foggy. (Yeah, Yeah; How can I tell?)

The last 9-10 days have been a whirlwind with a cross-country round trip to find/buy a house, an invasive diagnostic procedure that also requires one day of prep that’s not fun, and word that the repairs we need to complete on our current house before closing on the sale will be more extensive, meaning more expensive, than we had originally thought. I am physically and mentally exhausted. Exhaustion impairs mental function. Still, I am trying to keep my eyes on the prize. 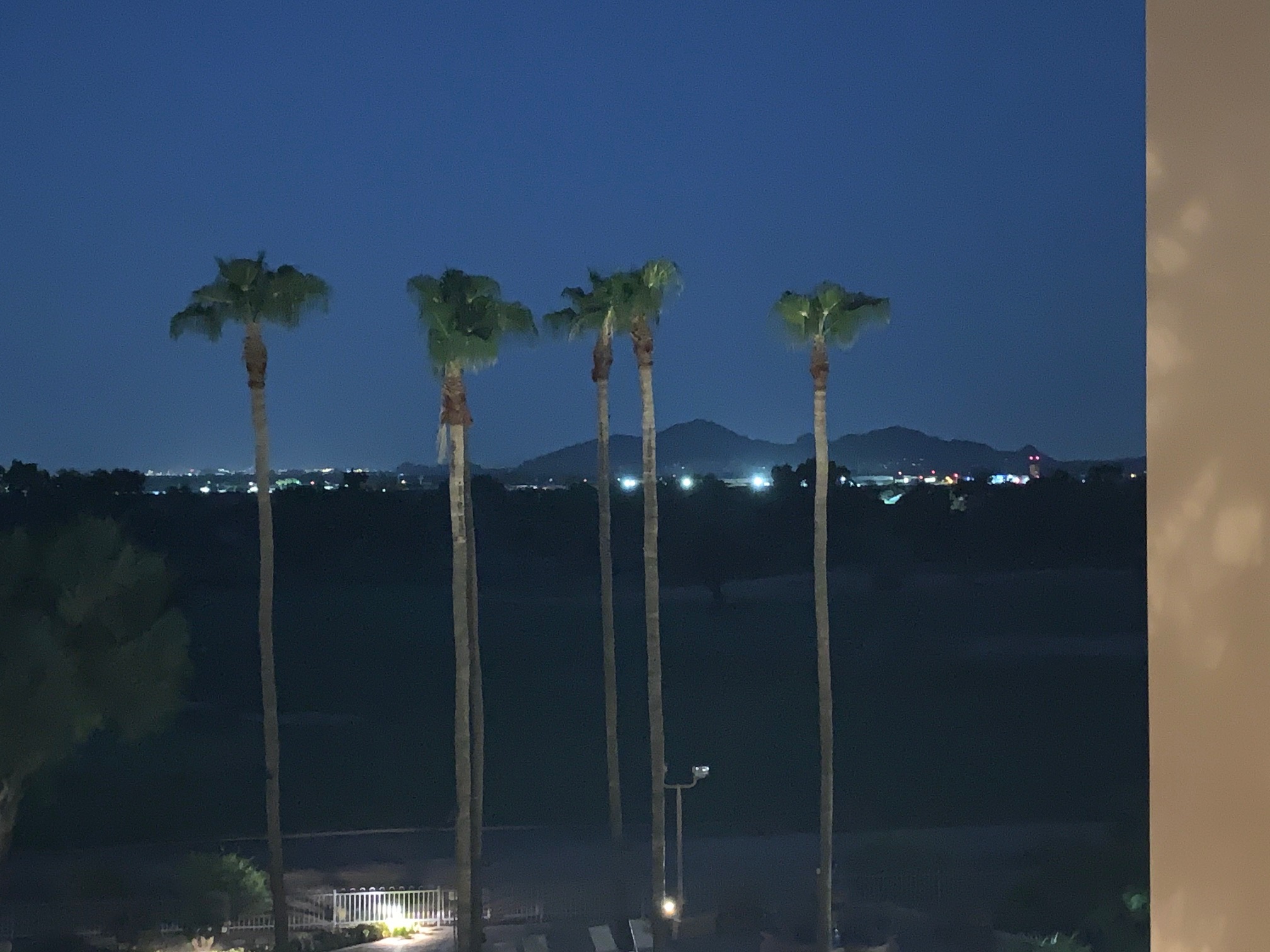 Palm trees and mountains without having to live in the People’s Republic of Calizuela sounds good to me. When my wonderful wife and I moved from California 20 years ago (!) a representative of the moving company told us that the three most popular destinations for people leaving “The Golden State” were Denver, Dallas and Phoenix. Our move then was to the Dallas/Fort Worth area. Many people currently living in the Phoenix area complain about the influx of people from California. Hey, people vote with their feet when they can. Another picture of the prize: 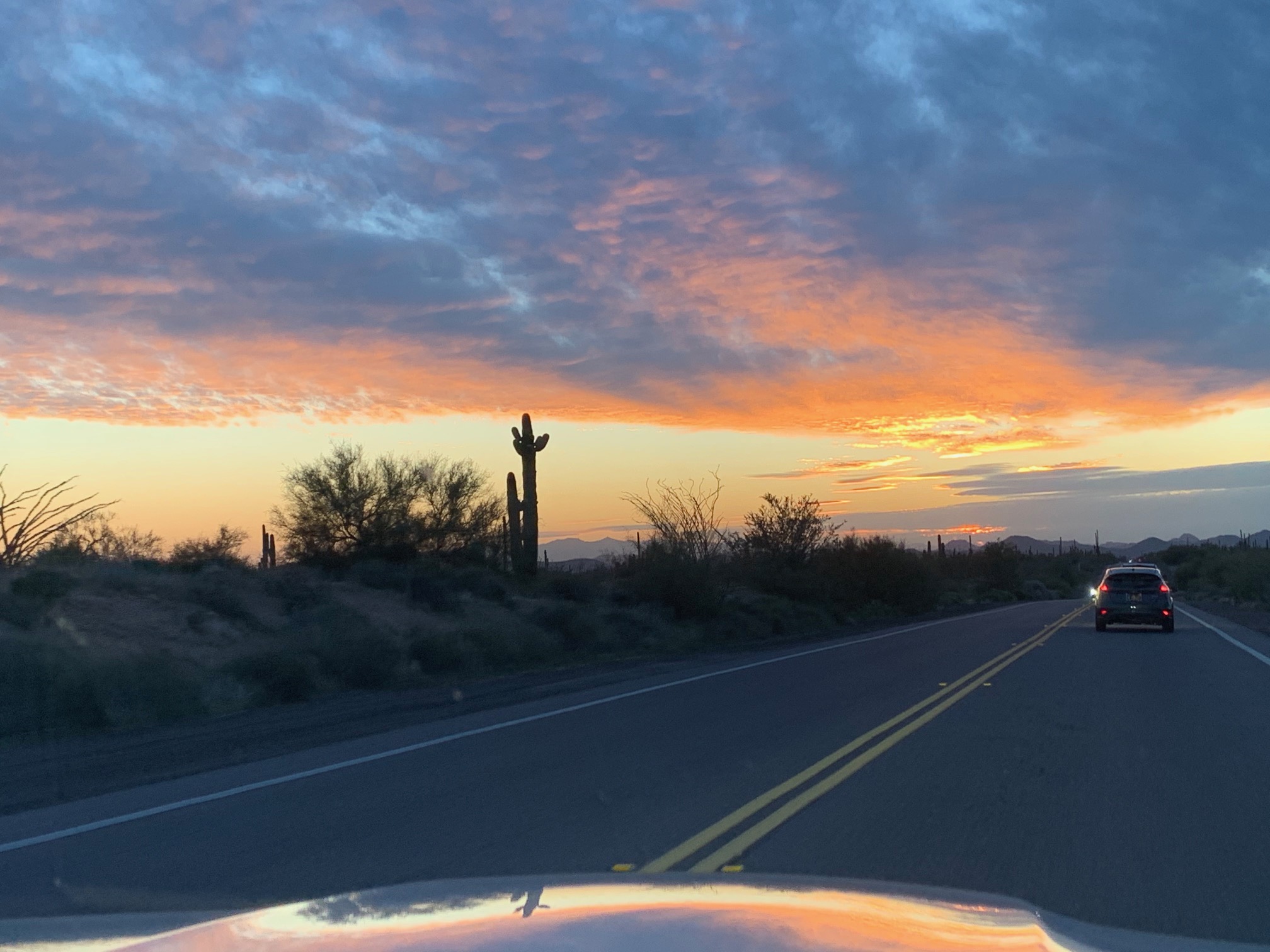 I can say unequivocally that if we had remained in “The Golden State” we would not be in the state of relatively good financial health in which we find ourselves at present. Although we did not leave California specifically because of high taxes and the high cost of living, it has been to our great benefit to live in two low tax/low cost of living states since then. Money talks, bullsh*t walks…maybe that saying doesn’t really apply in this context, but while money isn’t everything it is important. Reducing expenses by living in areas with lower overhead is usually a good thing.

With the move to the desert imminent and the fact that we will have one empty garage space when we arrive, thoughts of the Grocery Car/Taxi/Corvette Companion have returned with a vengeance. As regular readers know, this search began with a strong desire to buy a car like a 1963 Studebaker Gran Turismo Hawk or ’63 Buick Riviera. Then, after speaking with John Kraman at the Mecum auction in Arizona in March, the search moved to a more modern car because of concerns about “iterations of repairs” needed to make an older car reliable.

The next phase was trying to find a stylish and “modern” two-door car with a decent sized trunk that was not a slug. The 2000-02 Cadillac Eldorado became the leading contender. However, as my wonderful wife has pointed out, this car will be used to transport other people from time to time and not just groceries. (Hence, the addition of “Taxi” in the description.) It is much easier for people to use doors to enter/exit a vehicle than to climb through a small opening behind the front seats.

So, I decided that if the car had four doors it had to be something exotic like a Maserati Quattroporte. Then, I saw this article about Maserati recalls. The fact that kind of defect could slip through development and testing in addition to the very high maintenance costs has moved me away from an exotic make like Maserati. The leading contender now?

From wallpaperup.com a picture of a 2014 Cadillac CTS sedan. This one might be the V-spec with high performance, but we don’t really need that. The base engine is a 2-liter, turbocharged four-cylinder engine that produces 272 HP/295 LB-FT of torque. Those numbers are very similar to the output for the Northstar V-8 found in the 1993 Allanté. The available six-cylinder motor has more horsepower, but actually less torque.

Neither my wonderful wife nor I has ever owned a Cadillac, although each of us has/had a parent who did. (My father, her mother.) Yes, this is a long way from an early 60s Studebaker or Buick Riviera. Flexibility and adaptability usually correlate with success better than stubbornness. Besides, the money that would have had to go into “iterations of repairs” for an older car can be used to modify the Z06 instead. Oh, race gas (101 Octane) is readily available where we’re going. It’s not cheap, but it’s a 3%-5% boost in HP/Torque. That would probably push my Z06 to about 730 HP/740 LB-FT.

I would very much like to read your thoughts on this odyssey. Foggy Friday, indeed.