Although we have not yet sold our house, at least not technically, I have been looking at desert properties for ages. Maybe I should be heeding my own axiom, but we don’t want to be totally unprepared for the day when our house is really sold and we need to find another one.

If you read the comments for yesterday’s post, and you should have, you would know that Dirty Dingus McGee, Philip Maynard and I exchanged our thoughts about the “ideal” situation for a car lover. Philip wrote an hysterical comment, “You all are pikers. I would NEED a Home Depot Warehouse store size garage including a shop to maintain/build the car collection.”

This picture comes from the listing for an available house in the desert. It is not in my desired area in terms of location and elevation, the house has a septic tank (the thought of living in a home that has a metal box in the backyard filled with human waste is anathema to me), and the asking price is really more than we should spend. So, why am I mentioning it? It has garage space for eight cars! 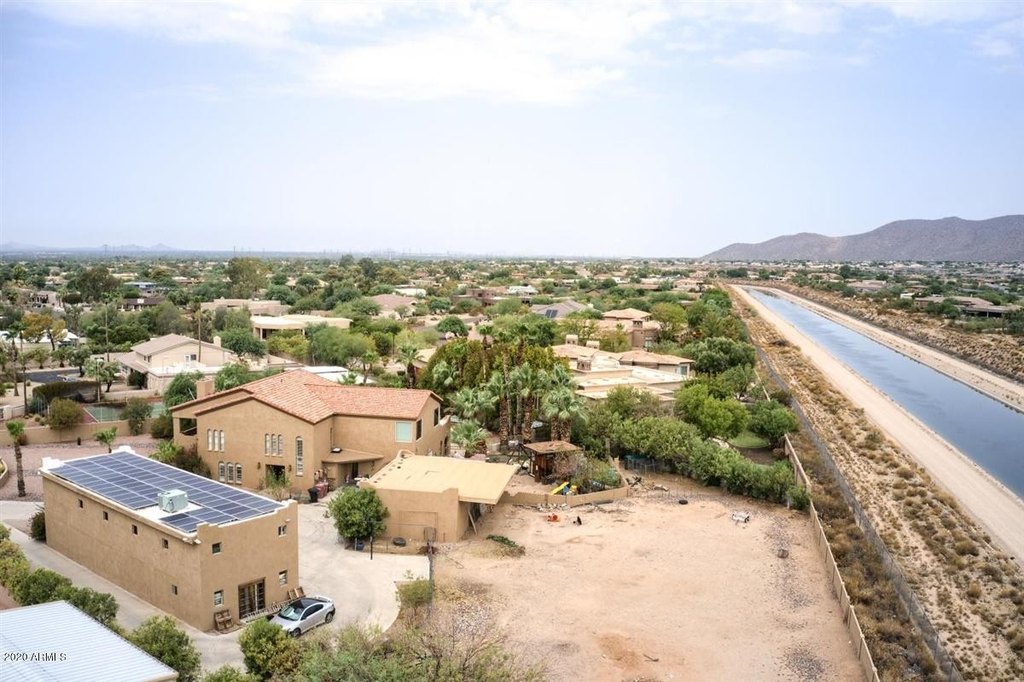 I think the building in the lower left of the photo is a detached, 60-foot long, 5-car garage and the property also has a 3-car attached garage. Oh, the house is much older than we would like to buy AND shows little evidence of upgrades that might “force” us to consider a house of that age. Also, the price would leave me/us no money to fill an 8-car garage. Still, it’s nice to dream.

On this day in 1954 production of the original Ford Thunderbird began. The car was developed rapidly in response to the introduction of the Corvette, going from “idea to prototype in about a year.” [Wikipedia]

It is well known that even though the Thunderbird was “inspired” by the Corvette, Ford marketed the car as a “personal vehicle.” In that idiom, the Muntz Jet was also inspiration. Today, personal luxury vehicles are SUVs, which is a very sad turn of events in my opinion.

The first-generation T-Bird was produced for model years 1955 through 1957. It is true that no comparison existed between the sales figures for the T-Bird and the Corvette in those three years. Ford produced 53,166 Thunderbirds in 1955-57 while Chevrolet produced 10,506 Corvettes. From Hemmings a picture of a ’55 T-Bird: 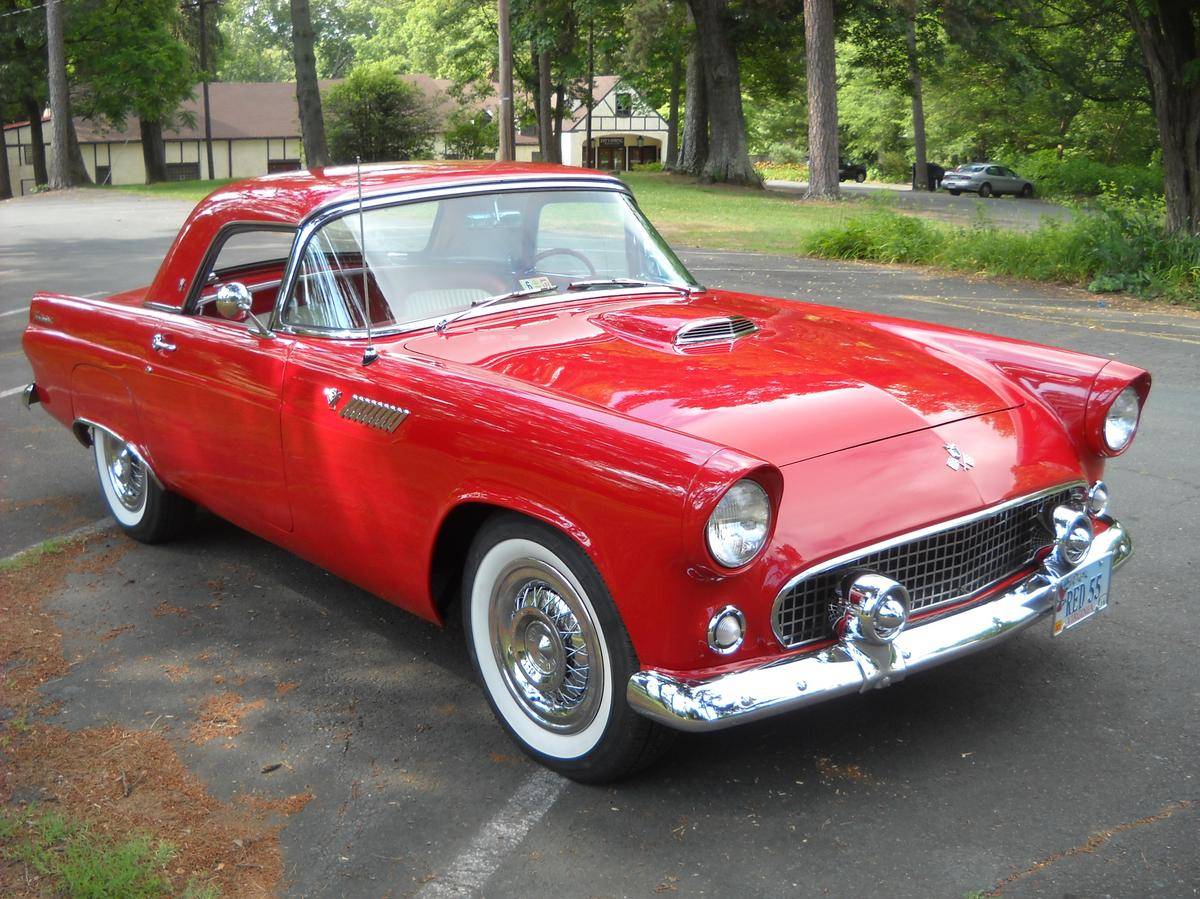 Yes, the removable hardtop is correct in that it has no portholes. Those tops were not introduced en masse until 1956.

Of course, the two-seat T-Bird would go away for more than four decades with the introduction of the “Square Bird” Thunderbird in 1958. Most car enthusiasts know that sales skyrocketed, as Ford produced 196,191 Thunderbirds in the second generation from 1958 through 1960. However, while some current enthusiasts like all things Thunderbird, most prefer the original two-seater “Baby Birds.” Personally, just in terms of looks I much prefer the first generation and among those cars I prefer the ’55 model.

The Thunderbird model is no more, having last been produced in 2005, the final year of the “retro” 11th generation Thunderbirds. I think Ford should bring the name back as an electric sports or sports/luxury car, but little evidence exists that Ford knows what it’s doing at present. It is simply riding the wave of the long success of its F-150 pickup trucks and the Mustang. The company’s recent ouster of CEO Jim Hackett, who only had three years at the helm, is a sign the board knows something is amiss. Alan Mulally, who successfully led Ford through some difficult times including the “Great Recession,” was CEO for almost eight years. (Hackett actually succeeded Mark Fields, who succeeded Mulally.)

As always, I welcome thoughtful comments about Ford, the Thunderbird, or almost any topic under the sun. See, a desert reference.