“After several YouTube videos caught the Corvette’s frunk suddenly opening, the Corvette Team has determined that it’s caused by customers inadvertently opening the frunk via the key fob or interior release buttons and then missing the audio and visual warnings when they put the car in drive.”

As also explained in the Corvette Blogger piece, the fix is to reprogram the fob so that “it’s less likely to be inadvertently pressed causing the frunk to open while the fob is in your pocket. The recall update also updates the maximum speed at which you can drive with the frunk open to 26 mph, down from the 82 mph it is set at currently.”

With nearly 9,000 C8 Corvettes having rolled off the assembly line so far, getting the fix now is a good thing. Oh, you want to see one: 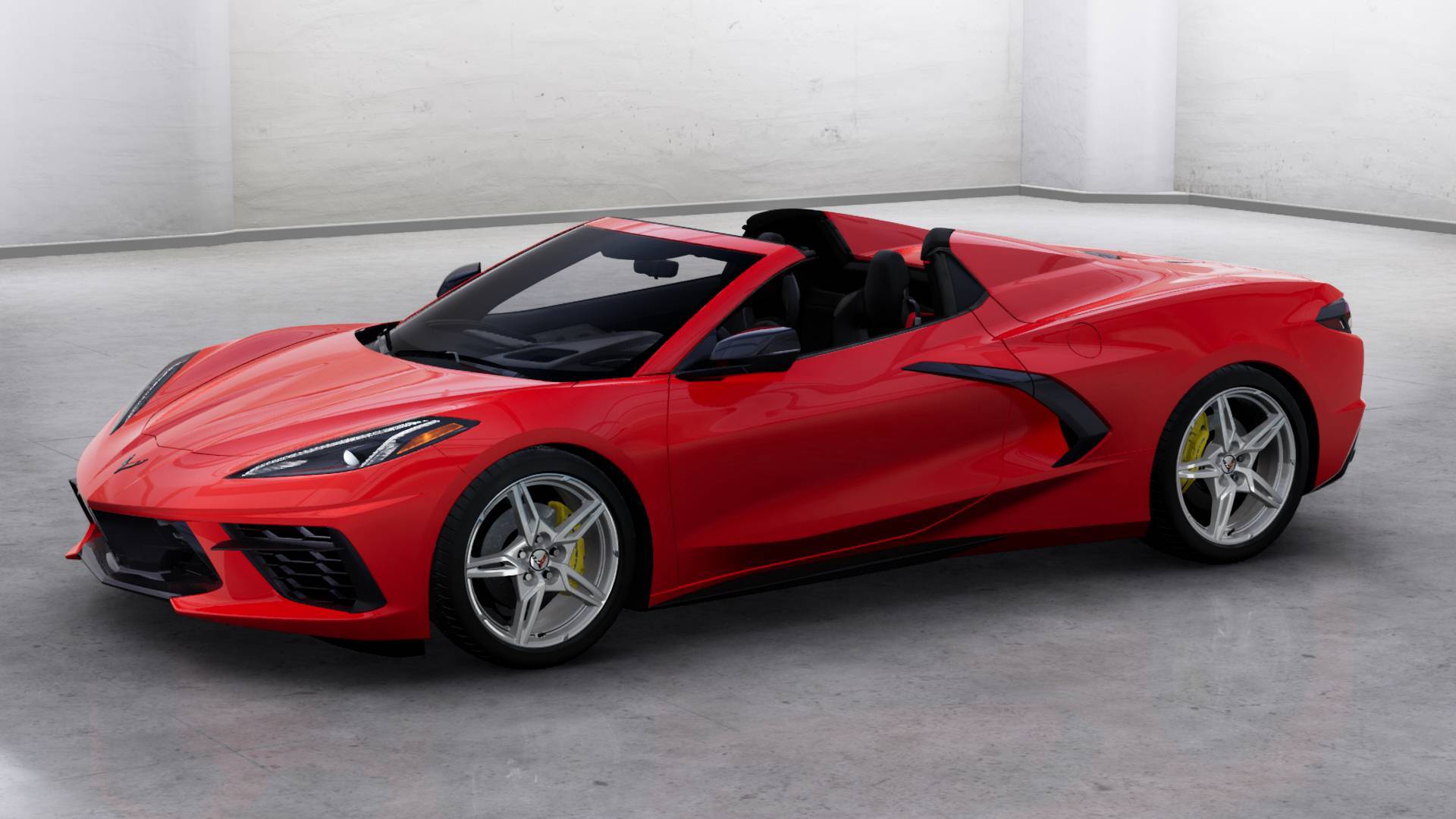 From midenginecorvetteforum.com (are you surprised such a website exists?) a picture of a C8 convertible in Torch Red.

From this Carbonhans Blog piece comes the “news” that the C8 Corvette will have a Z06 version–which will probably first be offered for the 2022 model year–and it will be powered by a small displacement (4.2-4.4 liters, 255-270 cubic inches), twin-turbo, dual overhead cam V-8. I put the word “news” in quotes because a C8 Z06 has long been rumored and documents confirming the rumors have been leaked about the different C8 variants.

The real question is whether or not the LT2 engine that powers current versions of the C8 Corvette will be the last “traditional” pushrod engine for the Vette. Remember that Corvettes have been offered with overhead cam engines before. The ZR-1 version of the C4 Corvette, which was introduced for the 1990 model year, was powered by an engine developed jointly by Chevrolet and Lotus that had four overhead cams and 32 valves.

With the move to a mid-engine design, also moving to an overhead cam design would complete the transformation of the Corvette from “advanced” muscle car to “world” sports car. Well, that’s my opinion. What do you think?