“We are nothing but raindrops on a windshield.”

OK, who made that remark? Jerry Seinfeld to Michael Richards in an episode of Comedians In Cars Getting Coffee, a series which I believe has now been discontinued.

People who take themselves very seriously have lost perspective on the world, I believe.

Could anyone have imagined in 1975 that on this day in 1995 Chrysler Corporation would open a car dealership in…wait for it…Hanoi, Vietnam? Obviously, many Americans, especially many veterans who served in the Vietnam War, were opposed to Chrysler’s action. Chrysler Vice-President for International Operations Tom Gale said, “By starting business here we feel we’re helping the healing process. We have consulted with veterans groups and the U.S. government. Some feel it’s time to move on. Many of the veterans groups support American investment in Vietnam as an outlet to increase access to the country.”

Chrysler had intended to eventually build factories in Vietnam, but the Vietnamese government refused to give up rice pasture land for the construction of new production facilities and so I don’t think such plants were ever built. The Wikipedia article about Chrysler factories, both open and closed, does not list any Vietnamese plants.

Since abandoning rigid adherence to a centrally-planned (socialist/communist) economy in the mid-1980s and moving to a market-based economy, Vietnam’s economic growth has been impressive although the country remains far from wealthy. (Did you know that Vietnam is the 15th most populous country in the world with a population just shy of 100 million?) Could anyone in 1975 have imagined that Vietnam would have a market-based economy with a fully functioning stock exchange and that its largest export market would be the United States? History is replete with examples of the folly of human beings trying to predict the future.

Of course, the 1957 and 1958 model Packards were really just badge-engineered Studebakers. Still, this was the day after which the glorious Packard name would no longer have a place in the automobile industry. From a Pinterest account a picture of a 1956 Packard Caribbean hardtop: 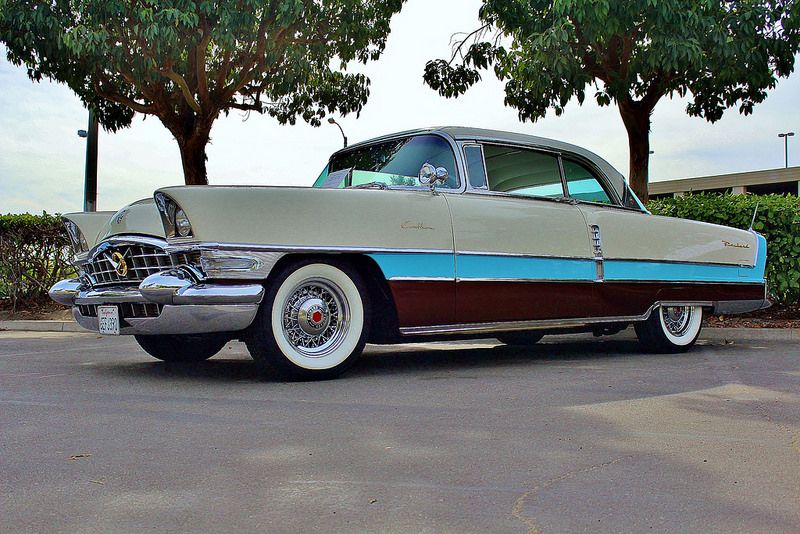 Maybe one of these days…