First…our kitchen has not looked this in a long time. Why does it look this way now?

I struggled to pick a car for this In Or Out? post. My own preferences seem to be interfering with the selections. For better or for worse, here is the newest member of the In Or Out? club. 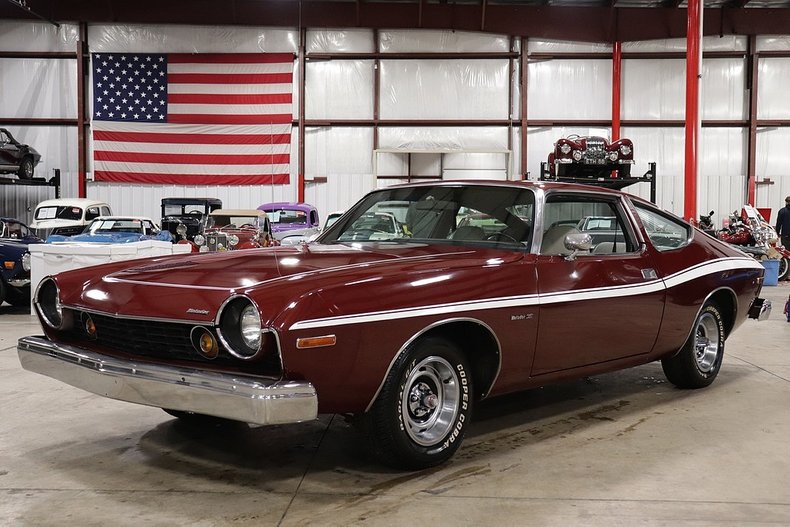 From My Classic Garage a picture of a 1974 AMC Matador X coupe. The Matador coupe was dramatically restyled for the 1974 model year.

The restyling must have been well received as sales of Matador 2-door coupes increased significantly from about 7,000 in 1973 to about 62,000 in 1974, including approximately 10,000 of the Matador X. (That figure for the X spec comes from standard catalog of® of Independents edited by Ron Kowalke. Encyclopedia of American Cars by the Auto Editors of Consumer Guide® gives that number as 1,500. If anyone knows which figure is correct or if the two books are not measuring the same thing, please let me know. Thanks.) As far as I can tell, the “X” package was more about looks than about performance. Speaking of performance, the most powerful AMC engine available in 1974 was a 401 cubic-inch V-8 rated at 235 HP, but 335 LB-FT of torque. For a 1974 American car, that was good power.

AMC ran a long ad campaign where the tagline was “What’s A Matador?” Reluctantly using the minion of the Evil Empire (aka Google) known as YouTube, here is a link to a TV commercial for the 1975 Matador using that tag.