First, a picture of the star of the neighborhood:

This is BB’s and MB’s wonderful dog. Besides being adorable, he is smart and possesses a great temperament. If you couldn’t tell, he is a Basset Hound. (I have not given his name since this blog is still technically anonymous, seriously.) We will miss him and his “parents” after we move, but never forget that the only constant in the world is change. Yes, that’s probably the 40th time I’ve written that “truism” in this blog.

What BB and MB didn’t know until now is that when I was very young our neighborhood also featured a wonderful Basset Hound named Ginger. Therefore, I have long had an affinity for the breed.

This picture looked better to me in my car than it looks here, I guess. We live in a valley of sorts and this is a view of it from just west of our house, facing west, into the valley right around sunrise. This is not a scene that will be available to us after we move to the desert.

This is a picture of a small lake that is actually in a neighboring state, but not that far from where we live. If it weren’t for the very large difference in taxes, my wonderful wife and I might have purchased a house on this lake. Arizona has some lakes, but none surrounded by these types of trees, as far as I know.

Speaking just for myself, and this will sound like a shallow perspective (and probably is), but one reason the move appeals to me is the difference in car culture. Although car clubs and car enthusiasts exist here, it’s nothing like in the desert.

Part of owning a Corvette is the pleasure one gets when seeing another one while driving and engaging in the “Corvette Wave.” Since the late 1950s, Corvette drivers have acknowledged each other when passing on the road. Where we live now, we don’t see that many Corvettes except as part of a gathering of the local Corvette club. Where we are going, many more Corvettes can be seen on the road in addition to other performance cars we almost never see here. What can I say? I love cars. (Really? The next thing you’ll tell me is that Shaquille O’Neal is very tall…) 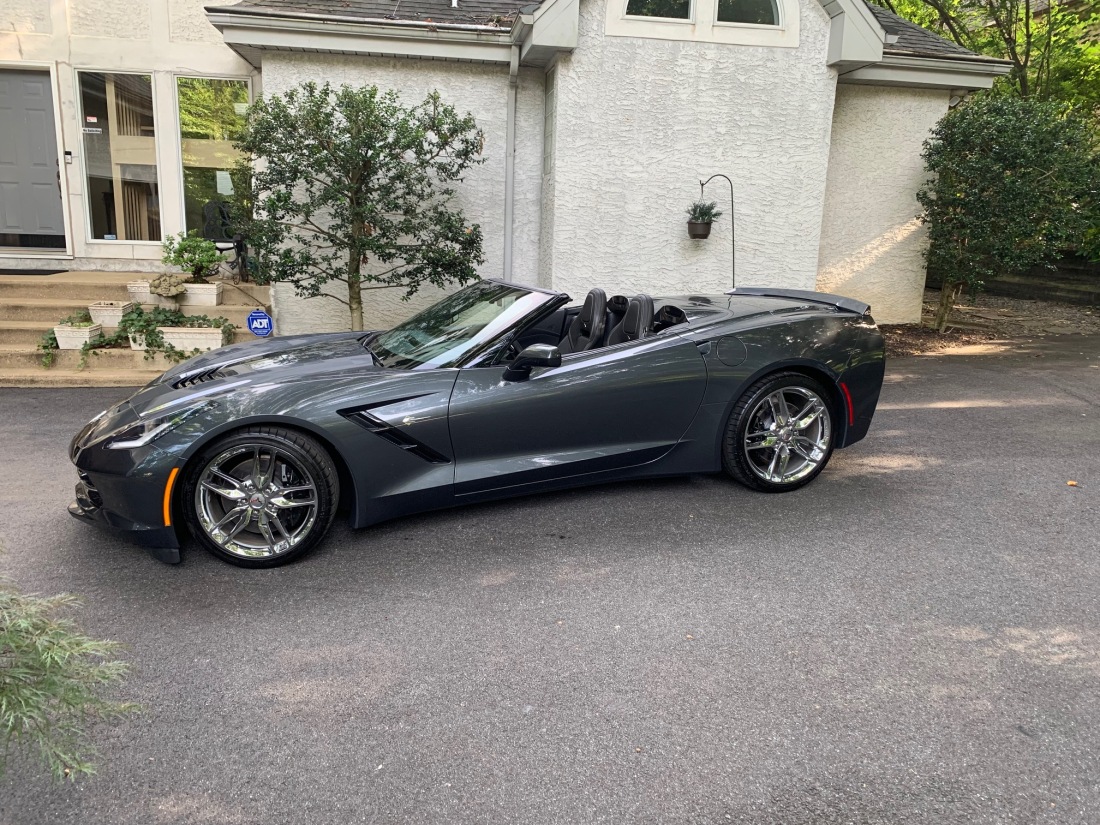 By the way, July 1st marked the first anniversary of my wonderful wife’s purchase of her 2018 Corvette convertible. Where has that year gone?!

One thought on “Sunday In The Neighborhood”