My father’s gas/service station was open about 100 hours a week. One of my strongest memories is of my mother whispering, “Shhh, your father’s asleep” because when he wasn’t at the station, he was usually home sleeping.

On Sundays, though, he closed the station around 4 PM instead of 10 PM. He would come home, shower, and then we would often head out for a drive and dinner. I wish I had pictures of the actual car with which I will always associate these Sundays, but this is the best I can do. 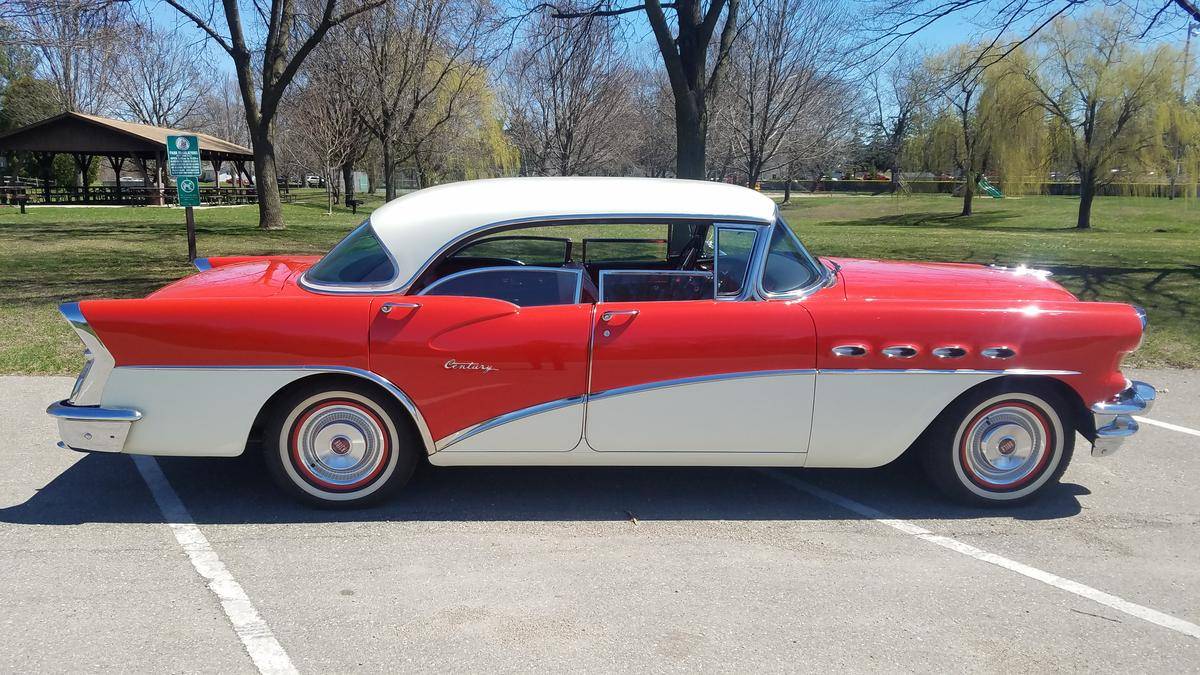 From Hemmings a picture of a 1956 four-door Buick Century. My father’s car had a more subdued color scheme, light blue and darker blue I think, maybe blue and black, although I haven’t seen the car since the early 1980s. I’m fairly certain his car was not the DeLuxe version, but the standard hardtop sedan, of which about 21,000 were built in 1956.

Most, if not all, of the restaurants where we ate dinner on Sundays after the drive are no longer in business. One of those, Sid Mandel’s (could have been spelled Mandell’s), was open from the mid-1950s until 1980. The item for which the restaurant was most known was the “Four by Four,” which was a large hamburger in a basket surrounded by large piles of french fries and always delicious onion rings. I think those were the first onion rings I ever ate. Sid Mandel’s also had a bakery on-site. I think it is difficult to beat the taste of food made from scratch and made on the premises.

Like many people I usually prefer dining at “Ma and Pa” restaurants as opposed to big-chain eateries. I really don’t like extra-fancy accommodations and cuisine, at least not very often. I didn’t grow up eating in such places as we were a lower middle-class family. In general, granting that some exceptions might exist, I don’t have to have “the latest and the greatest.” For example, my wonderful wife and I keep our iPhones for years, have missed many versions and don’t care that we’ve missed them. My phone has a crack across the screen, but until the phone stops working I have no intention of replacing it.

I would very much like to read your memories of your Sunday Drives, whether they are/were with your family or not.