On this day in 1999 I married the kindest, cutest, sweetest, most wonderful person ever. V Squared, I LOVE YOU!!!

On this day in 1907 ground was broken for construction of the world’s first limited-access “highway,” the Long Island Motor Parkway. Originally planned to span 70 miles out of New York City, construction was completed in 1911 covering 45 miles from Queens to Lake Ronkonkoma. It was the first roadway designed exclusively for automobile use, the first concrete highway in the United States and the first to use overpasses and bridges to eliminate intersections. The cost was $6 million, more than $160 million in 2020 dollars. I actually doubt a 45-mile limited-access highway could be built today for even $160 million. I will be happy to be proven wrong. The Long Island Motor Parkway closed in 1938 when it was taken over by the state of New York in lieu of back taxes. Parts of the parkway survive today, used as sections of other roadways or as a bicycle trail. From a site called freewebs.com a map of the route:

Small Car Saturday will return on the 13th. On this day in 1925 Chrysler Corporation was founded by Walter Chrysler from the remains of the Maxwell Motor Company. Of course, it ceased to be a truly independent company after it was acquired by Daimler-Benz in 1998. After Daimler “divested” itself of Chrysler in 2007, it was an independent company again until the merger with Fiat S.p.A. in 2014.

Walter Chrysler was one of the true giants of the automobile industry. His career began working in railroads in 1891, first as a machinist and then eventually becoming a superintendent and master mechanic for various companies. His top railroad job was as works supervisor for the American Locomotive Company (ALCO). He moved to the automobile industry in 1911 when James Storrow, a banker for ALCO, asked him if he had given any thought to automobile manufacture. Chrysler had been an auto enthusiast for over five years by then and was very interested. Storrow arranged a meeting with Charles W. Nash, then president of the Buick Motor Company, who was looking for a smart production chief. Chrysler resigned from the railroad business for good to become works manager (in charge of production) at Buick in Flint, Michigan. He found many ways to reduce the costs of production, such as putting an end to finishing automobile undercarriages with the same luxurious quality of finish that the body warranted. [Much of this paragraph is from the Wikipedia article about Chrysler.]

In 1928, Chrysler acquired Dodge AND introduced the DeSoto and Plymouth makes. That’s a hell of a year. Walter Chrysler, in a short period of time, turned the Big Two of US automobiles into the Big Three and so it remains, more or less, to this day. In the last full year of production before World War II (1941), Plymouth, Dodge and Chrysler all finished among the top eight makes in US sales with Plymouth at #3. All eight makes were from the Big Three.

I am not a huge Mopar fan, which is why I don’t often write about its cars. Still, I am a fan of some of its products. These two come to mind immediately:

From Classic Cars a picture of a 1956 Chrysler 300B. The optional engine for this car was the first American motor to produce at least one HP per cubic inch. 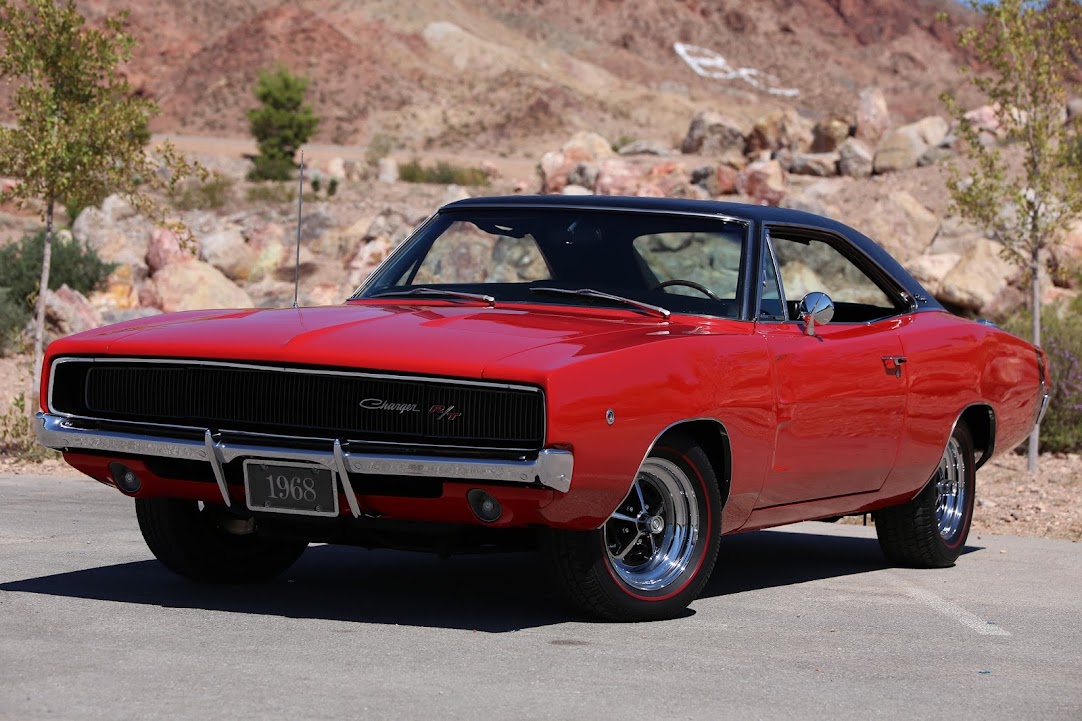 From 2040-cars.com a picture of a 1968 Dodge Charger. This car almost made my Ultimate Garage 2.0 last year and if you asked me now, it would probably be in and one or two cars that were in would be out. A foolish consistency is the hobgoblin of little minds, aka it’s OK to change your mind every now and then. The only constant in the world is change.