“The Last Eldo” sounds like the title of a novel about the end of some dynasty. Well, I guess in a way, the last Cadillac Eldorado was the end of an empire.

I have become quite taken with the last generation Eldorado that was manufactured from 1992 through 2002 with refreshes in 1995 and 1996. The first of the front-wheel drive, two-door Eldorados, the 1967 model, was part of my Ultimate Garage 2.0.

The Cadillac Eldorado debuted in 1953 along with the Oldsmobile 98 Fiesta, Chevrolet Corvette and Buick Roadmaster Skylark as top-of-the-line, limited-production specialty convertibles introduced by General Motors. By the mid-1970s, the ninth generation Eldorados had become quite popular. Model year 1973 sales exceeded 50,000; even with the OPEC oil embargo sales remained at over 40,000 for 1974. The tenth generation, running from 1979 to 1985, had the most sales of any Eldo model, reaching about 78,000 in 1984.

Foreign competition in the luxury segment and missteps by Cadillac (Cimarron, anyone?) changed the perception of the make, which hurt the Eldorado. Even with the advancements in the car, by the 1990s sales had fallen dramatically, dropping below 20,000 in 1997 and never recovering, leading to the end of the Eldorado five years later.

These last model years of the car have become a stealth contender (well, I guess not so stealth anymore) for being the Corvette companion/grocery car after the move to the desert. Neither my wonderful wife nor I has ever owned a Cadillac. While Cadillac is not defunct (not yet), the Eldorado is a defunct model with great history. In addition, these last-generation Eldos are “modern” cars with airbags, disc brakes, fuel injection, etc. They are also extremely inexpensive to acquire. Here is an analogue for this week’s Frugal Friday car from this AutoTrader ad: 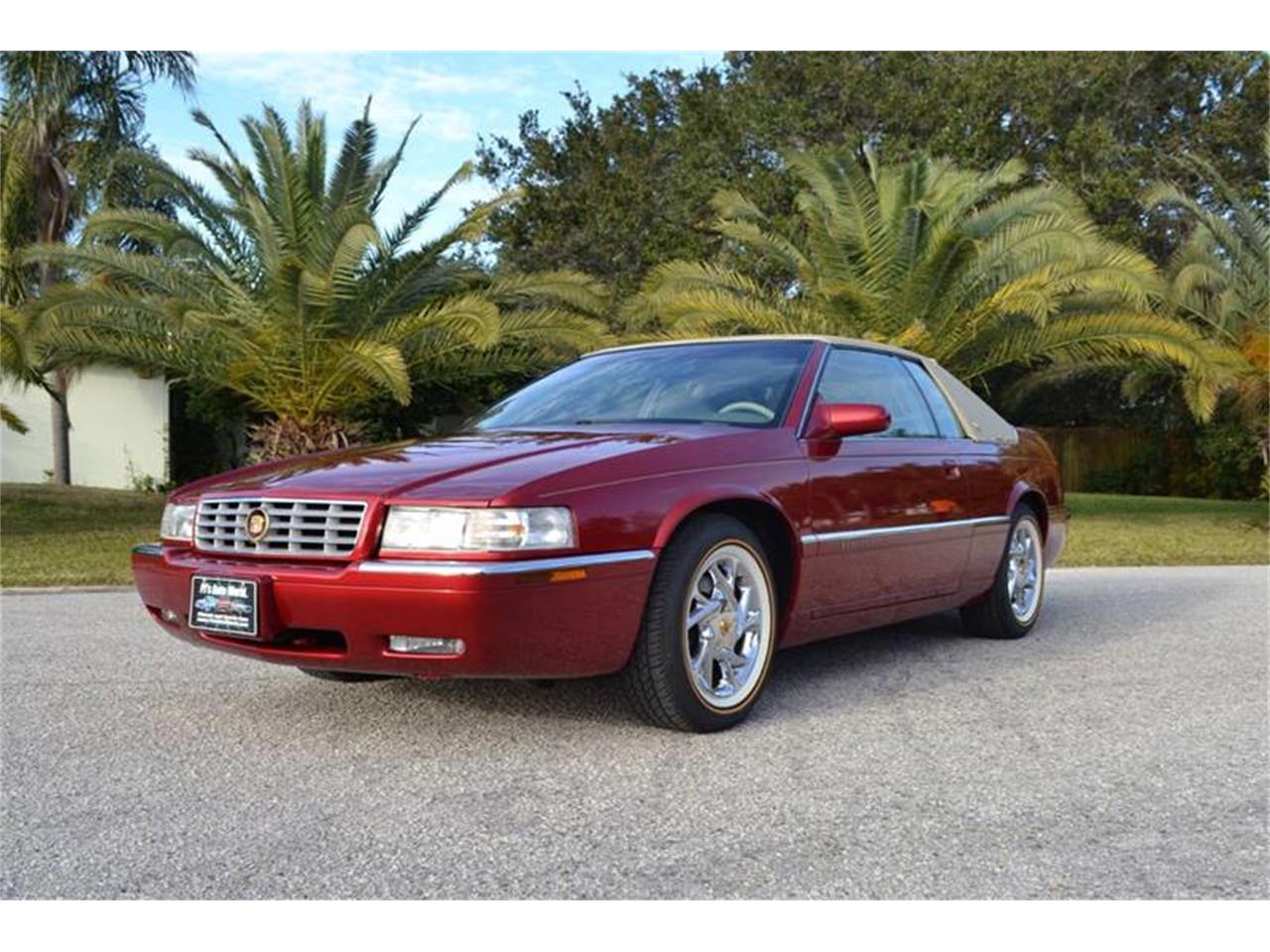 This 1999 model, which coincides with the year my wonderful wife and I married, has about 56,000 miles and the seller is asking $8,995. The ETC badge on the lower part of the trunk lid means the car was powered by the higher output V-8 that produced 300 HP/295 LB-FT of torque from its 4.6 liters/279 cubic inches. According to the Kelley Blue Book® valuation at the bottom of the ad, the car is worth much less than the asking price with a “Fair Market Range” of just $2,631 to $4,728. When the time comes to pull the trigger, a similar disparity in value vs. price might mean we could buy one of these for about $5,000. I think that’s the definition of a Frugal Friday car. The 1999 Cadillac ETC (Eldorado Touring Coupe, near the beginning of the awful Cadillac convention of three-letter names for their car models) had an MSRP of $43,495, $66,937 in 2020 dollars. From Car Gurus a better picture of a 1999 Eldorado:

I’m pretty sure this car could easily serve as a grocery car with four seats and a trunk of 15+ cubic feet capacity. I think they are quite stylish and are hardly slugs. What do you think?

16 thoughts on “Frugal Friday 44 Or The Last Eldo”