Not sure why this topic came to me, it certainly didn’t appear in a dream, but I have always had a thing for small, “cute” cars. If I continue this as a feature, the parade of such vehicles will not be in any order and some of those cars have already appeared in this blog. From Saab Planet, a picture of a 1974 Saab Sonett III: 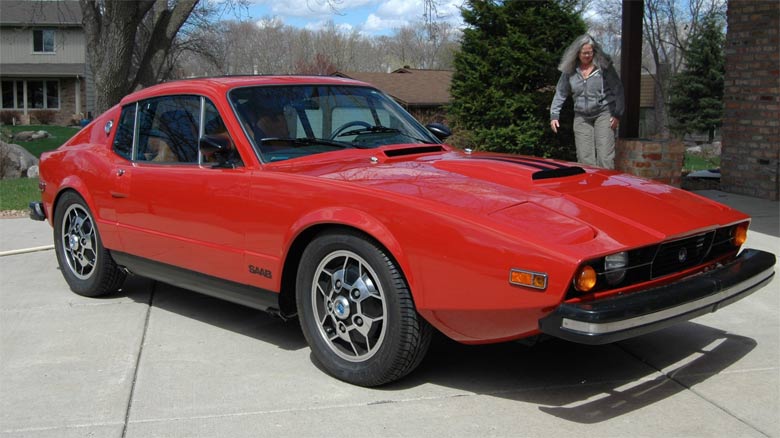 The Sonett I (One, not “eye”) was basically a prototype built between 1955 and 1957 with a grand total of six cars produced. In 1966, Saab introduced the Sonett II and then the next year began fitting these cars with a V-4 engine built by Ford.

V-4 engines have been used in motorcycles, but have rarely been used in cars. The most notable exception was Lancia’s use of a V-4 engine in various iterations from 1922 to 1976. I think these very small engines, while being less practical in terms of casting and head design, have advantages in deployment. Their small blocks can be deployed in either a front mid-engine design, leaving the possibility of the desirable long hood, short deck design or they could be deployed behind the driver or even over the rear wheels.

I think these cars look fantastic. Without modern safety systems I don’t know how safe I would feel driving one, though.

What do you think of the Sonett III? What are some of your favorite small cars, if any?