Everyone who knows me knows that squirrels would be a giant OUT! This video shows one of those “rats with better PR” being treated better than it deserves. Squirrels are part of the order Rodentia (from the Latin Rodere, meaning “to gnaw”), the same group to which mice and rats belong.

Also a giant OUT! are those AWFUL Limu Emu and Doug commercials. I won’t even mention the insurance company. The ads are brain-dead, mind-numbingly stupid. On those occasions when we are watching “live” TV, as opposed to something recorded on the DVR, if any of those commercials begins to air I hit Pause, back up the telecast a few frames to before the beginning of the “ad,” count to 15 or 20 and then fast-forward without looking at the screen. Given the large population of this country I’m sure millions of people think the ads are great. For me, an ad campaign that has one commercial where an animatronic emu vomits office supplies is beyond awful. If you’re wondering (or even if you’re not), I couldn’t get to the remote fast enough to avoid seeing that commercial.

OK…Philip Maynard suggested this car for In Or Out? so here it is: 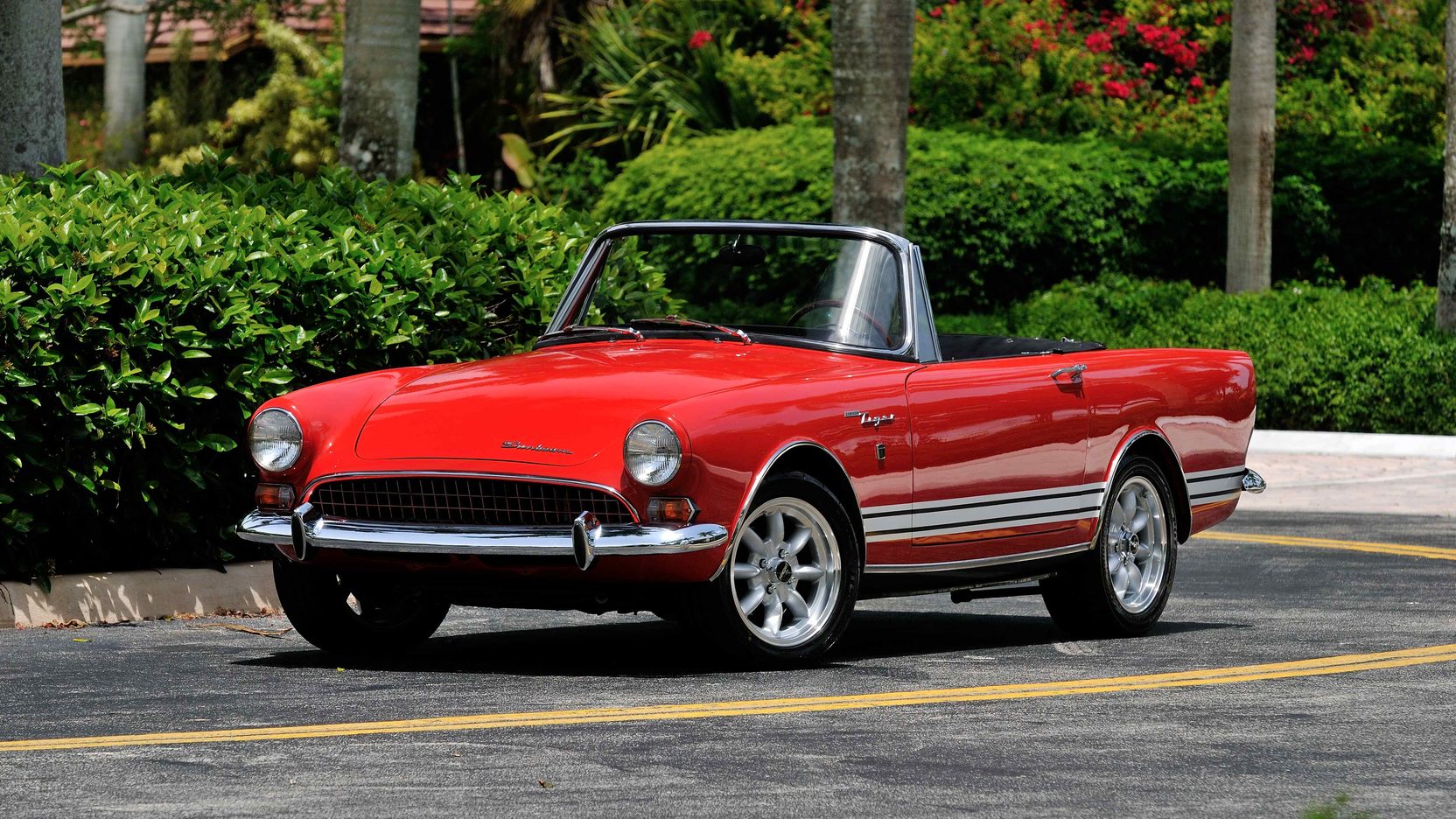 From the Mecum Monterey Auction in 2014, a picture of a 1967 Sunbeam Tiger MkII. Whether Philip knew it or not, I am a big fan of these cars.

These are often called the Poor Man’s Cobra. The Tiger was also designed, at least in part, by Carroll Shelby and featured an American V-8 stuffed into a small British roadster, in this case the Sunbeam Alpine from the Rootes Group. The MkII spec had the famous Ford 289 cubic-inch V-8 while the MkI had the less famous 260 cubic-inch V-8. Only 633 of the MkII were made and only in the final year of Tiger production, 1967. About 7,000 Sunbeam Tigers were produced in total.

Alright, people…Sunbeam Tiger MkII, In Or Out?