I was originally going to call this post Core Memory Dump, but I didn’t think that would resonate. First, another picture with proof of the unusually cold weather for this time of year. 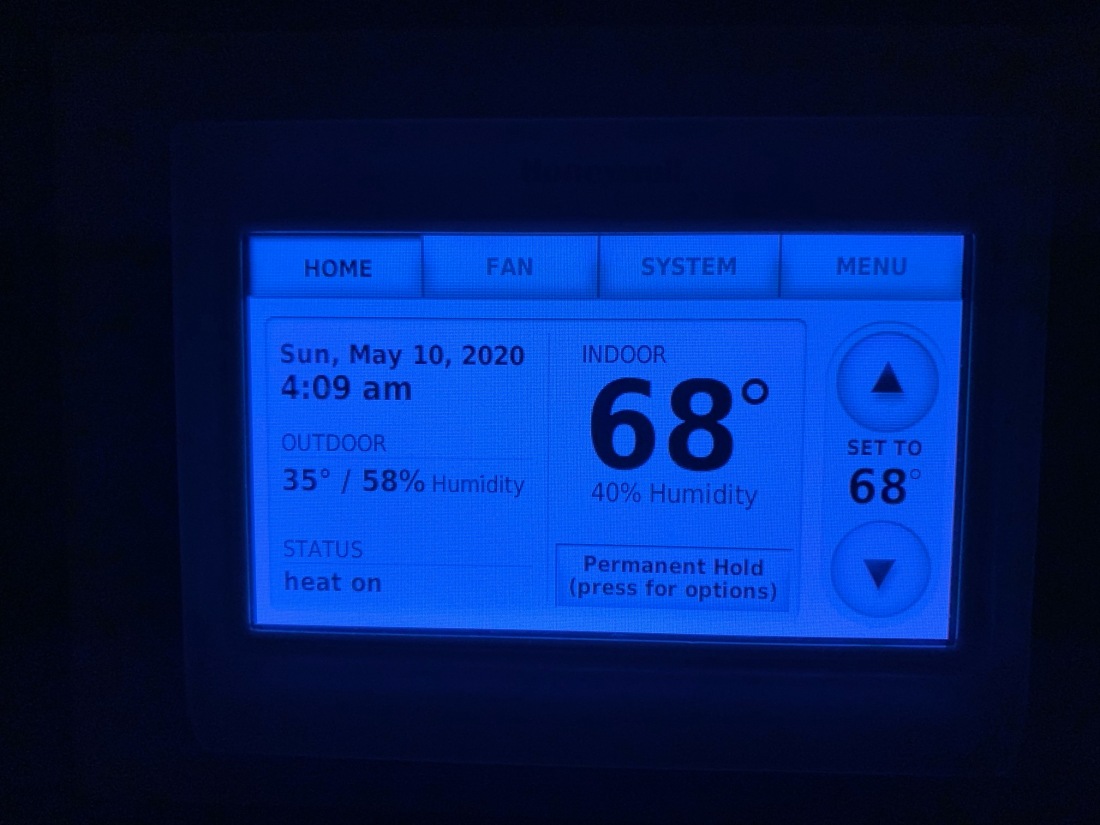 We are much closer to the beginning of meteorological summer (June 1) than spring (March 1). This area is actually under a freeze warning although I don’t think we are going to reach 32° or below.

🎶 Arizona, take off your rainbow shades. 🎶

From Coco Chanel via The Muscleheaded Blog:

“The most courageous act is still to think for yourself. Aloud.”

I don’t think being a blind adherent to any ideology is a wise course of action. Think for yourself.

I don’t know if it’s because I’m going to open the envelope today that has the flash drive with the 2020 version of Action! PC Football, but I am thinking about football today. Oddball that I am–and I don’t consider that to be an insult–I want to write about a great, but forgotten player of the distant past, at least distant in terms of pro football.

How many of you have ever heard of Orban “Spec” Sanders? In 2019, the NFL MVP was Ravens’ quarterback Lamar Jackson. He averaged about 208 passing yards per game AND about 80 rushing yards per game.

Only one other player in pro football history ever averaged 75+ passing yards AND 75+ rushing yards per game in a season. You can probably figure the answer is Orban “Spec” Sanders.

He was the 6th overall pick in the NFL Draft in 1942 and was selected by the Washington Redskins. However, he wouldn’t play in the NFL until 1950 and that’s not the season he did the 75/75.

Something called World War II interfered with Sanders’ ability to play for the Redskins. Hall-of-Famer Ray Flaherty was the Redskins’ coach in 1942 and he also served in the military during World War II. When he returned it was not as Redskins’ coach, but as coach for the New York Yankees football team in the All-America Football Conference (AAFC) in 1946. (I’m sure it was easy for Flaherty to not go back and work for the *ssh*le Redskins owner, George Preston Marshall.) He convinced Sanders to play for the Yankees.

In 1947 he had one of the most amazing seasons in pro football history. He set a pro football record with 1,432 yards rushing (in 14 games, not the current 16-game schedule), averaged 6.2 yards per carry and scored 18 rushing touchdowns, also a record. The yardage record would stand until Jim Brown broke it in 1958 (in only 12 games) and the rushing TD record stood until Jim Taylor broke it in 1962.

On October 24, 1947 Sanders rushed for a record 250 yards on just 24 carries AND only played the first three quarters. That record wasn’t broken until OJ Simpson (who? a murderer, that’s who) in 1976.

Oh, in 1947 Sanders threw for 1,442 yards (the only 100/100 season in pro football history) and compiled a 70.2 passer rating in 171 attempts compared to a league average of 64.5. He averaged over 27 yards per return on six punt returns and 27 yards per return on kickoffs with a touchdown. He intercepted three passes on defense. Did I mention he was also the punter?! Sanders led his team to a combined 21-5-2 record in 1946-47 with two division titles and two losses to the Cleveland Browns in the AAFC Championship game.

Sanders had an injury-plagued, but successful 1948 season. Due to knee injuries he retired after that season. After the 1949 season the AAFC and NFL merged. By this time the coach of the New York Yankees football team was Red Strader and he wanted Sanders to come back and play. (Strader had coached Sanders for most of the 1948 season.) At age 31 Sanders said he would, but on the condition that he would only play defense. He led the league with 13 interceptions in the 12-game schedule. Of course, he was the punter and averaged almost 16 yards per return on 6 punt returns. At that point Sanders retired for keeps.

Bill James has written about something called “signature significance.” By that he means a player doing something so outstanding in a small sample that we can only conclude he was a player with real talent. Spec Sanders will never be enshrined in the Pro Football Hall of Fame. He only played four seasons professionally and three of those were in a league the NFL barely acknowledges. However, the fact that the perennial AAFC champions, the Cleveland Browns, played in the NFL championship game in each of the first six seasons after the merger and that so many AAFC players played well in the NFL means the AAFC was certainly a high-quality pro league.

Spec Sanders MUST have been a hell of a player. No objective analysis can reach any other conclusion.

A car like this 1962 Oldsmobile Starfire used to be in the running for Corvette companion/grocery car after we move to the desert. I guess some very small probability exists that a car like this could still be the choice. No points for guessing I took this picture at the Mecum auction in Glendale, Arizona in March. The car had quite a presence in person, but sold for just $12,100 all in. If we had already been living in Arizona, who knows? We might have purchased this car.

6 thoughts on “Everything But The Kitchen Sink”