I guess I could have used the post title to talk about this song:

From 45cat.com a picture of the label for “The Rain, The Park & Other Things” by The Cowsills. I believe the original title of the song was “The Flower Girl,” but I think the title was changed to avoid confusion with Scott McKenzie’s “San Francisco (Be Sure To Wear Flowers In Your Hair).” The Cowsills, a “family” singing group, were the inspiration for the popular TV show “The Partridge Family.” This song peaked at #2 in 1967 on the Billboard Top 40/Hot 100.

On this day in 1966 this song ascended to the #1 position on the Billboard chart. (Picture from muskmellon.) Don’t ask me why I picked 1966, maybe it has to do with the Orioles winning their first world championship that year led by my friend and colleague (which was in the future then), Frank Robinson.

Both of these songs predate the practice, but as I have written before Dr. Zal and I both made our own Top 40 charts. He did it far longer than I did, but he started by re-arranging the existing Top 40 to better suit his preference. When I began after he had been doing his charts for more than a year, I devised mine from scratch, including many songs that were never anywhere near the Billboard charts, and he soon followed suit.

Music has always been a very important part of my life, but for reasons I don’t fully understand I am listening to music less frequently now than at any other time. Remember this photo from this post?

I will once again offer my strongly held opinion that the phrase “current American music” is an oxymoron. The crap (a carefully chosen word) that passes for music today is an abomination.

If the pandemic lasts until after the move to the desert I might not be around to buy the Corvette companion/grocery car and my demise will probably have been caused by a mental breakdown. In any event…this article from the Classic Cars Journal by Andy Reid discusses buying a car without seeing it in person first. The subhead for the piece reads, in part, “Buying sight unseen is commonplace for many collectors…”

As regular readers of Disaffected Musings know I bought my current car, a 2016 Corvette Z06, without seeing it in person. By the way, some “experts” still think one should never buy a car sight unseen, but in my opinion the world is changing, like it always does. Anyway…I am going to list Reid’s rules for buying a car online, but let you read the article for full exposition of those rules:

Rule 4. Ask the owner why they are selling the car

Rule 5. Ask the seller to tell you everything about the car and then shut up and let them talk

Rule 6. Don’t be afraid to walk away

For example, below is a picture of a car listed on Hemmings that is an example of the make/model that is currently a strong contender for purchase: 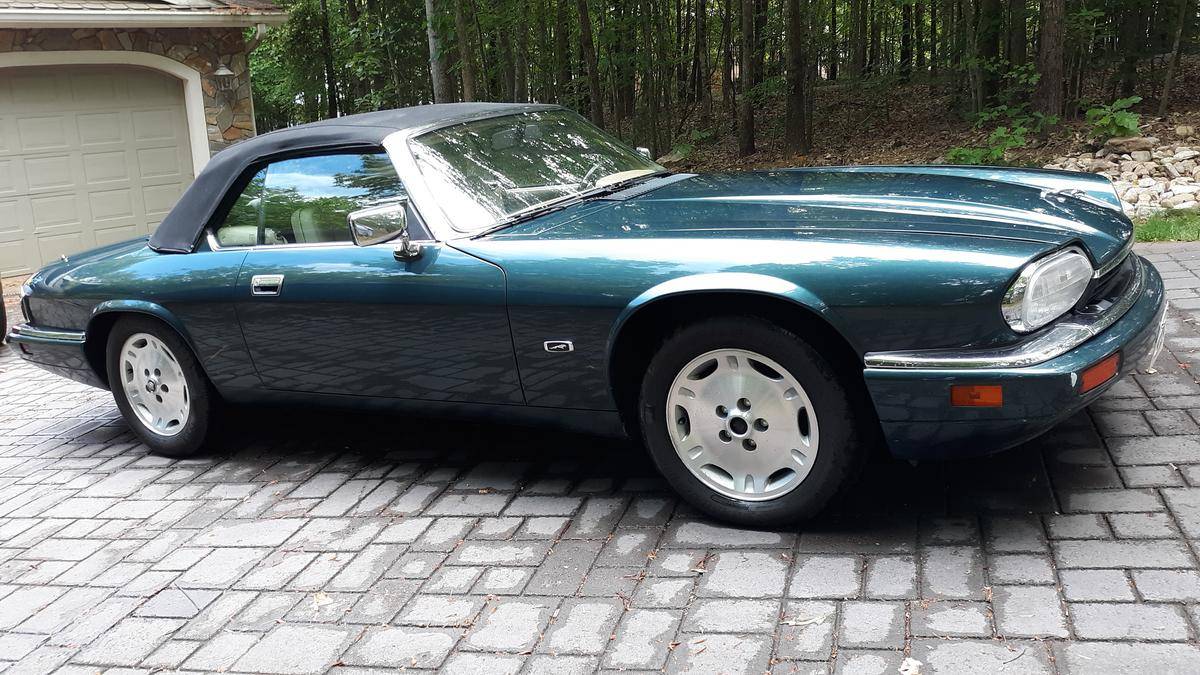 The odometer reading more than 98,000 miles on this 1994 Jaguar XJS convertible is a huge red flag for me, anyway, but how could we know what the car is really like, especially since it is being sold by a private seller and not a dealer? I’m not sure which online marketplace does this, but somewhere amidst my countless searches one of the sites I use promotes a professional inspection service, pre-purchase. Of course, how do we know how qualified any specific individual is or whether or not these services are just shills to get you to buy cars?

If/when the time comes that we are serious about buying a car, I don’t know how we will proceed. I guess first things first and we need to get back to normal or new normal or whatever.

Given the record-breaking month for views, the fact that Disaffected Musings will surpass a monthly level I thought it would never reach, given I have posted every day for more than a month and that I have to make a nerve-wracking trip to the supermarket tomorrow, I seriously doubt I will post on Friday the 1st. Happy May!

5 thoughts on “Throwback Thursday And Other Things”