Not that it really matters much, but I have written more than 38 Throwback Thursday posts. This is the 38th post that has that title without any adornment.

On this day in 1947 the deadliest industrial accident in US history occurred. In the port of Texas City, Texas a fire of unknown origin started on board the French-registered vessel SS Grandcamp (docked in the port), and detonated her cargo of approximately 2,200 tons of ammonium nitrate. That explosion, and the chain reaction of other explosions and fires it caused, claimed the lives of 581 people. (Ammonium nitrate was a large part of the bomb and used to blow up the Murrah Building in Oklahoma City, which also happened around this time of year.)

How powerful was the explosion on the Grandcamp? Powerful enough to have destroyed almost 1,000 buildings on land, including the Monsanto Chemical Company plant, which, in turn, played a large role in the catastrophic chain reaction. A two-ton anchor from the Grandcamp was thrown more than one and a half MILES and was found in a ten-foot crater. Sadly, all but one member of the Texas City Fire Department died in the explosion as they were on the scene trying to extinguish the fire.

I will spare you the details of the legal wrangling after the fact. If you’re interested, you can read this.

From this article comes one of many photographs of the disaster and its aftermath. Changing the mood…automobile production nearly doubled for calendar 1947 compared to 1946, reaching almost 3.6 million. Chevrolet led all makes in production; five of the top ten makes are no longer in existence.

Even though the cars sold by American car companies were still warmed-over versions of their pre-war cars–except for Studebaker, which had introduced an all-new design in the spring of 1946 as a 1947 model year car, and Kaiser-Frazer, which did not exist before the war—I am quite taken with the design of some cars from this model year.

From bramclassauto a picture of one of those cars, a 1947 Buick Roadmaster: 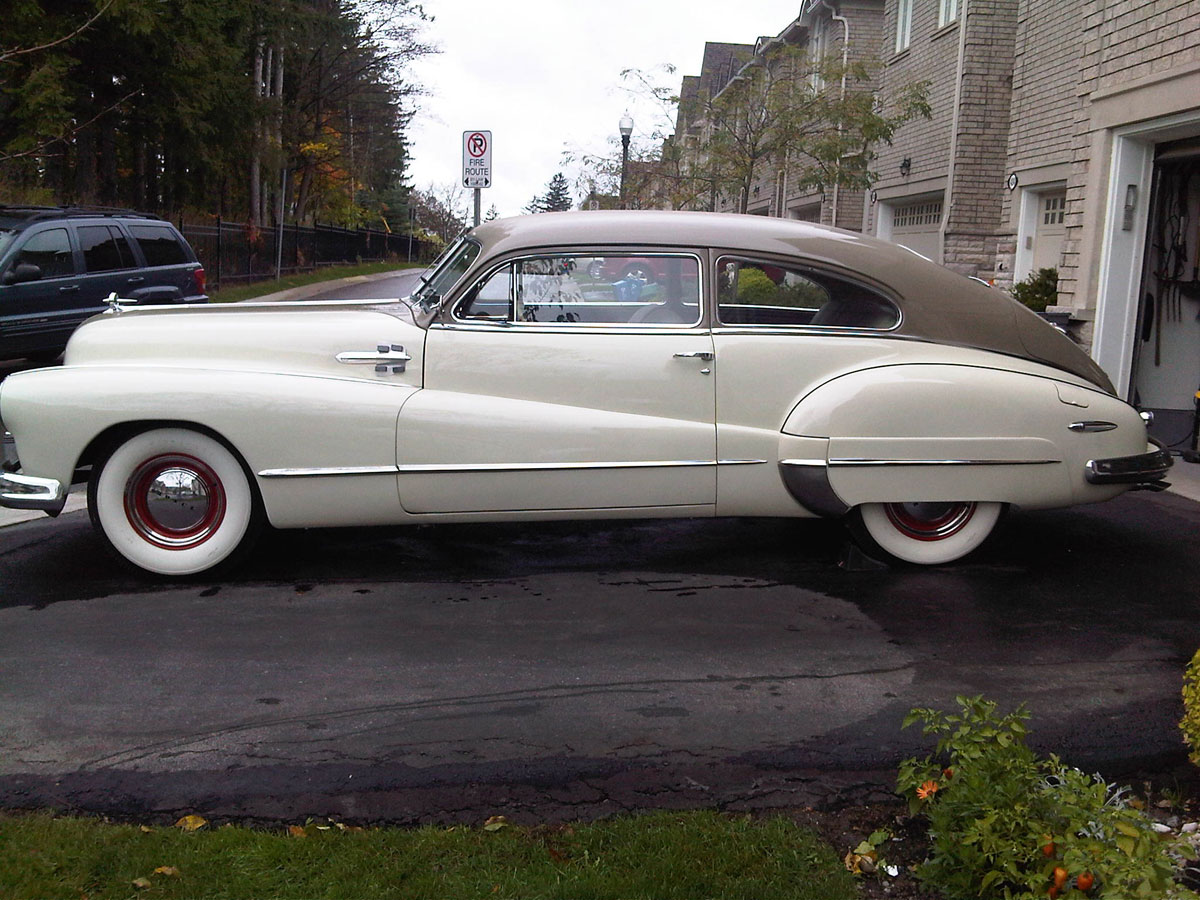 Buick was fourth in model year 1947 production behind Chevrolet, Ford and Plymouth. I believe this is the Series 70 Roadmaster Sedanet model, of which about 19,000 were produced. Sorry, purists, but for me this is resto-mod material. I wouldn’t want to drive a car with a 1947 drivetrain, brakes, suspension, etc.

This is a picture of a 1947 Lincoln Continental Convertible Coupe or Cabriolet. Only 631 were made.

Do any of you have an affinity for cars of this era? I would very much like to read about it.