First…in Where Is Cristy Lee? I noted her absence from the telecast of the Barrett-Jackson auction from Scottsdale, Arizona in January. Well, as some of you may know that was Motor Trend’s last broadcast of a Barrett-Jackson auction, at least for the foreseeable future. When those auctions resume they will be shown on the A&E networks (e.g. History, fyi). As Cristy Lee is under contract to Motor Trend, I assume, given that Motor Trend is part of the Discovery “empire” and that A&E is jointly owned by Hearst and Disney, I don’t think the gorgeous Ms. Lee will be on the broadcasts, anymore.

Of all of the on-air talent only Steve Magnante actually works for Barrett-Jackson. It could be almost an entirely new cast of characters the next time a Barrett-Jackson auction is held and broadcast.

Some automotive “experts” advise not to buy a car for less than $15,000 or so at any auction as that is strong evidence, they believe, of a sub-standard car. Well, I think that all depends. Some cars can be purchased for so little money that even if they need work the total cost will still be low. Example #1 from the recently concluded Mecum auction in Glendale, Arizona is a car like this: 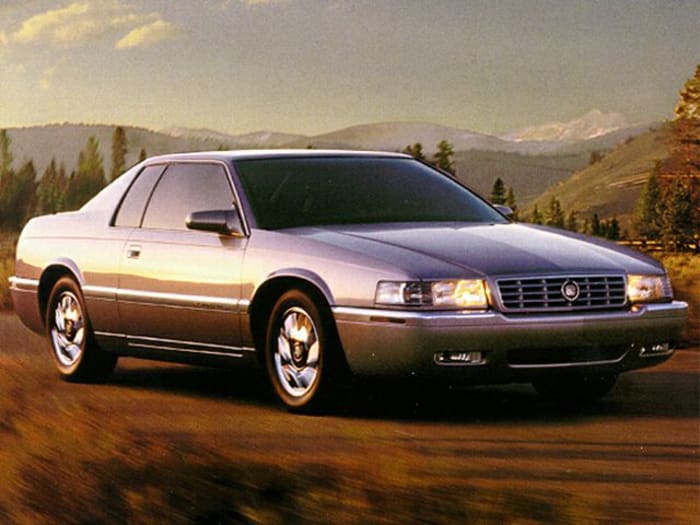 From autoblog a picture of a 1999 Cadillac Eldorado. The actual Mecum car was White over Tan with a faux convertible roof. Mecum’s own estimate for the price was $5,000-$10,000, granting that they have incentive to overstate the value. Anyway, the car sold all in for $3,850, which is even slightly less than Hagerty’s estimated value of about $4,500. OK, maybe this is not the best example of a frugal buy, but I think being able to buy a good-looking (IMO) Cadillac for under $4,000 is a good buy.

How many of you know what this is?

From smclassiccars.com a picture of a 1986 Mercury Capri ASC McLaren convertible. Only 245 of these were made. They were powered by a 5-liter/302 cubic-inch, fuel-injected V-8. The Mecum example, also in Red, had just 28,000 miles. It sold, all in, for $5,775. That’s a rare, good-looking (IMO) convertible that is not a slug for less than six grand! I’m sorry, but that screams “Buy The Car!” to me.

If we weren’t about a year away from moving, which means we would have to store a new car outside and then move it across the country, we might have purchased a car like this.