I was going to write about the coronavirus and segue into some facts about the “Spanish” flu epidemic of 1918-20. However, apart from reading Alfred Crosby’s America’s Forgotten Pandemic: The Influenza of 1918 a long time ago, I know little about the latter and only know what I’ve read in the news about the former.

I will offer my morbid prediction that if humanity suffers a mass extinction, it is likely to be at the hands of a virus. If a virus with a high mortality rate, like HIV in the pre-anti-retroviral days, can be transmitted through the air AND have a very long latency period, then billions of people will be infected before anyone knows. I am not a germophobe, but I understand why many people are.

How deadly was the Spanish flu? (Sorry, I couldn’t resist.) While we can never know for certain, some estimates place the number of cases worldwide at 500 million and the number of deaths at 50 million. Please note that the world population was then a fourth of what it is today; more than a quarter of the population became ill. I shouldn’t have to do the explicit math, but similar rates of infection and death today would mean 2 billion people getting sick and 200 million deaths. Also, remember that this flu struck all over the world BEFORE the advent of mass travel by airplane.

In my opinion, the fragility of life is a reason why it should be enjoyed. While I don’t advocate a total abandonment of responsibility I also don’t think excessive stoicism and denial are optimal. Like the saying goes, “You can’t take it with you.”

Obviously, automobiles are a very important component of my enjoyment of life, such as it is. As I am someone who has lived at least as much in my own mind as in the physical world, my interest in automobiles is likely quite different from most. I am not someone who has much experience working on cars, although I would love to do so. I have never participated in racing, other than a handful of “drag races” on public streets in my youth. (Sarcastic definition of youth: anytime before the present.)

The question then becomes: why am I so fascinated with the automobile? Remember that cars were my first passion, before I discovered sports or girls or music. Was it an attempt to bond with my father who was a mechanic and spent most of his life around cars and motorcycles? Was the numbers nerd in me interested in horsepower and displacement? Did I, even at a young age, see automobiles as kinetic art? I don’t know the answer to any of these questions and I think they are important only as mental exercise and not as application.

Inspired by The Golden Guide To Sports Cars (original publication date of 1966), which I purchased through a program of my elementary school, here is a picture of one of the first cars that excited my mind: 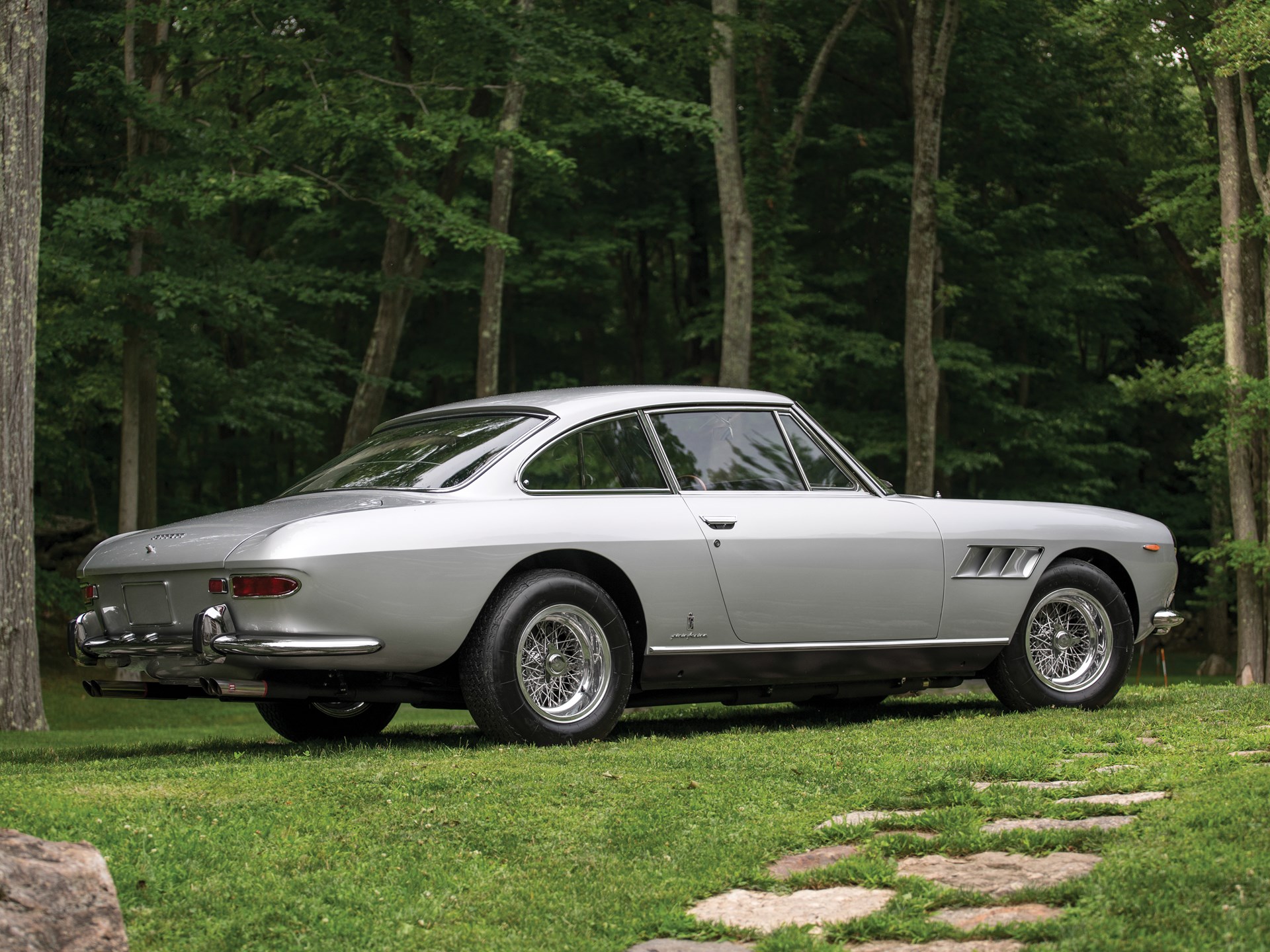 From RM Sotheby’s a picture of a 1967 Ferrari 330 GT. Each entry in the Golden book listed engine displacement, horsepower, top speed, dimensions like wheelbase, front and rear track, length and more. I have always been fascinated by charts of numbers; that’s just innate. My interest in cars that first must look good and then must be good performers has been with me from the very beginning.

I would very much like to read your thoughts on the enjoyment of life and why you are interested in automobiles or whatever interests you have.

6 thoughts on “Of Viruses And Men”