Last night I dreamt I was in a car with friends as we were on our way to an important event. The actual nature of that event is lost to dreamland. I distinctly remember saying to my friend who was driving that we needed to use a specific exit to get to the event. The road began a steep descent into an impressive valley that was the home of a small city. All of a sudden, we are no longer in the car but are scrambling on the roof of a large building. We begin moving frantically in our efforts to reach the event. As we approach a corner of the building I see that the ledge we need to traverse is exceedingly narrow and that we are many feet in the air. I decide it’s way too risky and I turn back…and realize that no way exists to get down from the roof and that my friends have gone on without me. Fortunately, that’s when I woke up.

I can’t tell you how many “dreams” I’ve had similar to that one. For years I had a recurring dream that I was driving and then, in a flash, I was sitting on the road as my car has just disappeared. Could the fact that my parents were Holocaust survivors be playing a role in these “dreams?”

My intense interest in automobiles is an important escape from my nightmares. Daydreaming about having my Z06 souped-up or buying an older companion to it is a necessary, happy contrast to the dark world of my inner mind.

One wonderful dream to be realized would be the end of all cancer. This recent article is titled, “Immune discovery ‘may treat all cancer’” A team in Cardiff, Wales discovered a T-cell and its receptor that could find and kill a wide range of cancerous cells in the lab including lung, skin, blood, colon, breast, bone, prostate, ovarian, kidney and cervical cancer cells. In addition, it left healthy cells untouched. However, how this particular cell and receptor work is still not understood. From the article:

“This particular T-cell receptor interacts with a molecule called MR1, which is on the surface of every cell in the human body.”

“It is thought [emphasis mine] MR1 is flagging the distorted metabolism going on inside a cancerous cell to the immune system.”

“‘We are the first to describe a T-cell that finds MR1 in cancer cells – that hasn’t been done before, this is the first of its kind,’ research fellow Garry Dolton told the BBC.”

As an Ashkenazi Jew, my genome predisposes me to many ailments including pancreatic cancer, which is basically a death sentence. Leukemia used to be a death sentence, but many types are now eminently treatable.

One of my annual donations is to the Pancreatic Cancer Action Network, pancan.org. I can only hope that science wins and pancreatic cancer loses before my seemingly inevitable bout occurs.

A much less important dream involves my search for a companion car to my 2016 Corvette Z06. As I have freed myself from the “obligation” to buy something built before I was born and/or built by a defunct American make, the automotive world is my oyster, so to speak. Actually, I can’t stand oysters, but you get my point.

This car, a frequent flyer on Disaffected Musings, appears to me over and over again: 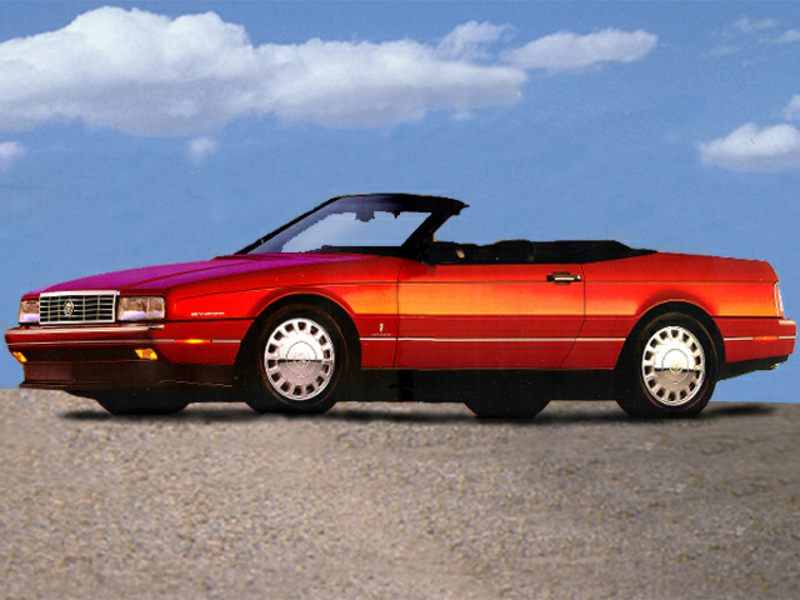 From cars.com a picture of a 1993 Cadillac Allante. The 1993 model is the only year with the 295 HP/290 LB-FT of torque NorthStar V-8. This, theoretically, makes it the most fun to drive of the Allantes. However, the NorthStar engine was prone to issues such as the cracking of head bolts and the optional hardtop was not available in 1993.

In general, this car might flunk out because it would probably fail as a grocery car. When we move to the desert before the end of next year (hopefully, much sooner than that), we will jettison our wonderful little Kia Sportage as we will no longer need AWD capability. However, neither of our Corvettes is really suited for grocery shopping on a regular basis. Ah, the clash of dreams vs. reality…

Still, I think these cars are gorgeous and I wouldn’t mind having a convertible to drive in the desert. Also, Allantes are affordable. A 1991 model sold, all in, at the recent Barrett-Jackson auction in Scottsdale for $7,150. They almost always sell at auction for less than $10,000. Don’t forget, too, that it is easier to get these serviced than a 1963 Gran Turismo Hawk or even a 1963 Riviera.

Once again, and I cannot swear it’s for the last time, if you don’t have dreams you have nightmares.