I will tell you that the genuflecting shown to the Patriots before the playoffs by people who get paid to talk about the NFL was disgusting. One, a former attorney who now hosts an NFL TV show, called the Patriots “The Terminator” as in “turn your back on them at your own peril.” Another, a former player to whom I will refer as “Prime Time Big Mouth,” said his confidence in the Patriots was “extremely high” and when asked to elaborate he just said “They’re the champs.”

Anyone who objectively watched the Patriots over the last half of the season would have told you that they did not resemble a championship team in any way, shape or form. The Patriots are just not athletic enough to be considered a great team. They are, obviously, well-coached, but there is no substitute for talent.

Switching teams…I am not a big fan of either the Vikings or the Saints, but I can’t say I was disappointed by the Saints’ losing at home. I have never, ever heard anyone describe their coach as a good person. I have heard and read him described as the ultimate in smugness and arrogance.

My “dream” Super Bowl of the Ravens vs. the Packers can still happen although I doubt it will. I am not so arrogant as to think I can actually predict the outcome of the NFL playoffs. Remember that pro sports, like the rest of life, is just a Monte Carlo simulation. Whatever happens is not the only thing that could have happened and doesn’t even have to have been the most likely outcome.

From one of the top Corvette salesmen, Mike Furman, via Corvette Blogger:

“The New Year has begun and 2020 mid-engine Corvette coupe production officially starts within a month…the GM allocation system is frustrating as the patience of many gets tested. We live in an instant gratification world but the 2020 allocation rollout will be slow and methodical. I’ve been down this road many times before and the only thing that has changed is how we receive information. The computer informs all in an instant which is like a double-edged sword. The saying goes, “Patience is a virtue”…well all I can say is the 8th generation Corvette is well worth waiting for.”

I really like the sentence, “The computer informs all in an instant, which is like a double-edged sword.” I have written many times and fervently believe that virtually nothing is all good or all bad and that virtually everything is a trade-off. I have also written about how so many people have been seduced by the “Cult Of The New.” I don’t subscribe to “Status Quo Uber Alles,” either. To me, neither new nor old is automatically good or bad. From CorvetteForum a picture of something new that I think is really good, a 2020 C8 Corvette (in orange, of course): 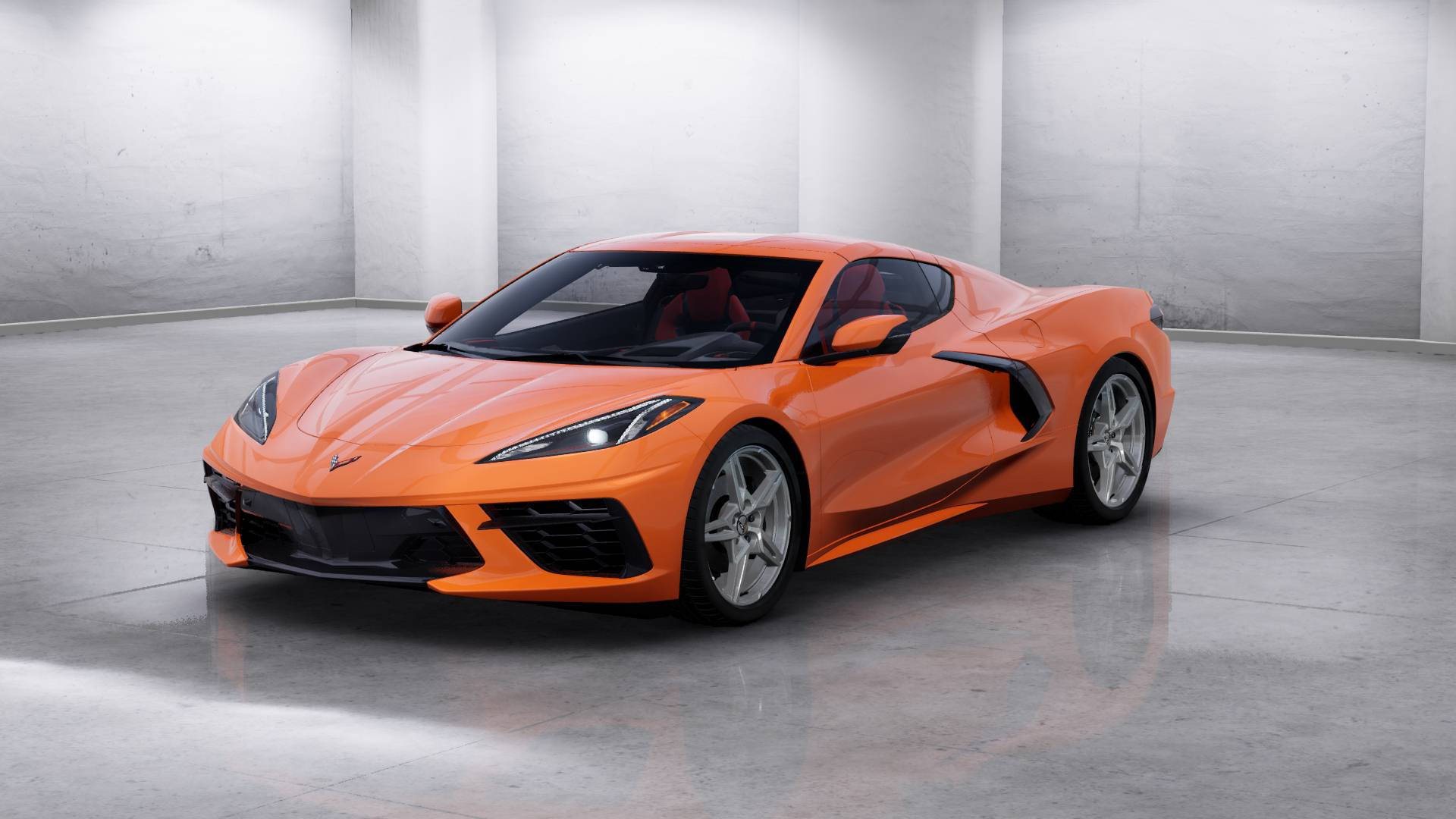 I think having seen the C8 in person has made the photos of the car look better to me. I hope I will be able to take a picture of the first one I see on the street, but that will probably be a few months from now.