First, a story…about two weeks after I submitted my Masters thesis the “institution” I had attended informed me in a letter that they were not going to accept the paper. The reason? The margins on three or four pages were an eighth of an inch off, only on the right side of the pages. As I had not typed the paper and, instead, had paid a secretary in the department to type it and given that the department knew this, I was shocked by the letter.

What did I do? I threatened to sue the university, the same university that would—about 25 years later—bestow upon me an “Alumni Award of Excellence.” What do you know…a couple of weeks later I received a letter informing me that the paper was accepted and I would be receiving my Masters degree.

Why am I writing about this? Sometimes a person or institution has to threaten in order to get results. This Hemmings article is titled, “After SEMA files lawsuit, NHTSA drafts replica car rules.” I wrote about this situation here. By the way, I have only filed a lawsuit once and, in general, think the US is too litigious.

ANYONE who thinks that people are always good-hearted and always have good intentions needs an operation to have their head removed from their rectum. Some people, and institutions are just collections of people, are ornery or mean-spirited or have to show they’re in charge. Counting on the goodwill of people to always do the right thing is naive and foolish. Besides, much disagreement exists about what “the right thing” is, anyway. 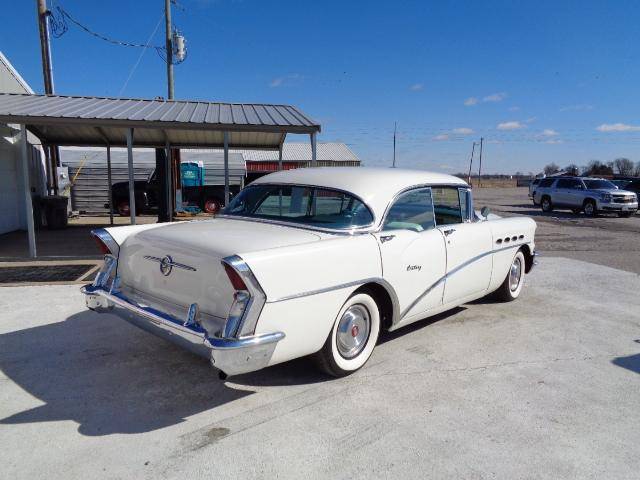 This is a 1956 Buick Century four-door hardtop sedan, of which 35,082 were made. One of these was the first car I really remember and the first car I ever drove. My father purchased one in 1961 and owned the car for more than 20 years.

One of the pictures accompanying the ad shows 210 miles on the odometer; the only thing we don’t know is if the car has 100,210 miles or 200,210 miles. The seller is asking $16,950. While pictures can be misleading (and often are), the car looks like it’s in good condition.

I believe this is the 34th Frugal Friday post. For at least the 33rd time I will offer that I would much rather have this car at $16,000-$17,000 than the vast majority of today’s new vehicles for which the average “transaction price” in the US is about $40,000.

I would very much like to read about your first car or a car that holds a special place in your memory. Happy Frugal Friday!