My wonderful wife and I have Sirius/XM radio in all of our vehicles. When we are driving together we usually listen to Channel 6, the Sixties channel. We enjoy it, but the catalog is kind of limited. If we listen 2-3 days consecutively we are certain to hear songs repeated even if we are driving at different times of the day.

One song that we have heard a lot is “Little Honda” by the Hondells. The song lyrics are about driving a Honda motorcycle; the song was written by Mike Love and Brian Wilson of the Beach Boys. I am not a motorcycle person even though my father rode. He actually owned a Honda bike for a short time until he became a Harley-Davidson enthusiast. He rode those for more than a decade until he almost died in an accident. Inconvenient truth: per mile driven a person is 25 times more likely to die on a motorcycle than in a car. 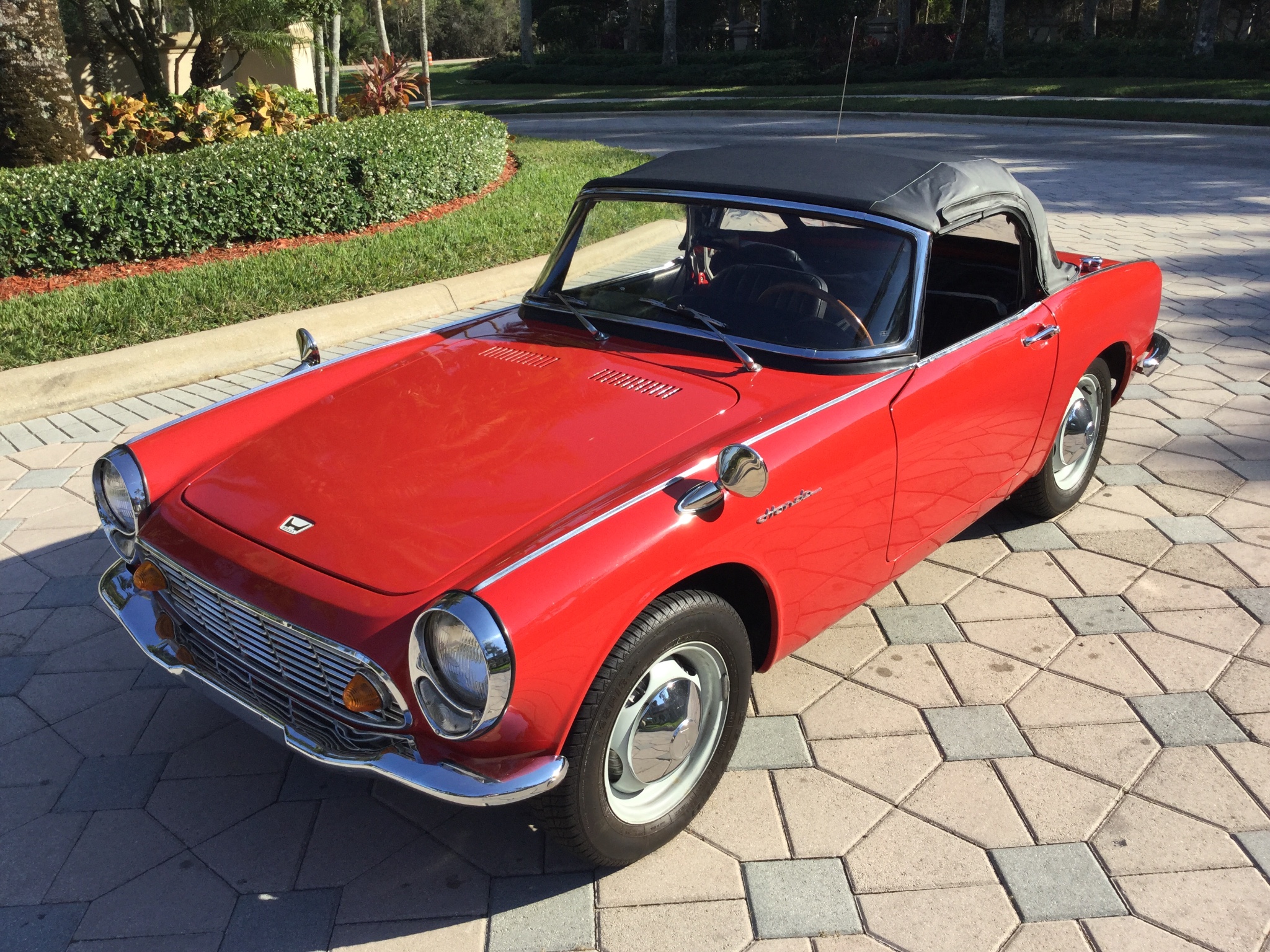 From Bring a Trailer a picture of a 1964 Honda S600 roadster. I have a thing for small, two-seat roadsters even though they’re probably not that much safer than a motorcycle.

The S600 was really Honda’s first “mass-market” car even though only about 13,000 were made, including about 1,800 coupes, from 1964 to 1966. They were not overly quick, they probably couldn’t reach 100 MPH, but were fun to drive for the people in their market. A little more power probably wouldn’t hurt (their inline four-cylinder engine produced 57 HP), although I don’t think I’d agree with Bill Stephens of NBCSN and the Mecum auctions who would, probably only half-kiddingly, talk about putting a Mopar 392 Hemi in one of these.