Some bad puns, the only kinds really worth reading, from this post:

Some people think my puns are juvenile….
….but I like to think of them as full groan

I got a new dry-erase board at work….
….It’s remarkable

I didn’t think that my orthopedic shoes would work….
….but I stand corrected

The floor was so dusty….
…. that it seemed to be suffering from sweep deprivation.

Never argue with a fool….
….they will lower you to their level, and beat you with experience

OK, that last one was not bad, at all. Reminds me of something Bill Murray is supposed to have said, “It’s hard to win an argument with a smart person, but it’s damn near impossible to win an argument with a stupid person.” During my tenure as Director of Baseball Operations for a major league team, the President/CEO once said to me that I didn’t suffer fools well. I replied that if an organization had a lot of fools then it wouldn’t succeed. By the way, a person without “credentials” is not necessarily without wisdom.

A question for the audience: not that you can actually put yourself in my shoes, but what car should be the companion to my 2016 Corvette Z06?

Yes, the Eldorado was not produced by a defunct American car company. I would also have considered Oldsmobiles (an 88, maybe) or Pontiacs from the late 1950s/early 1960s, but these cars are more money than I want to pay. For example, from this Hemmings ad a picture of a beautiful 1957 Oldsmobile Super 88 with an unfortunate asking price of almost $30,000: 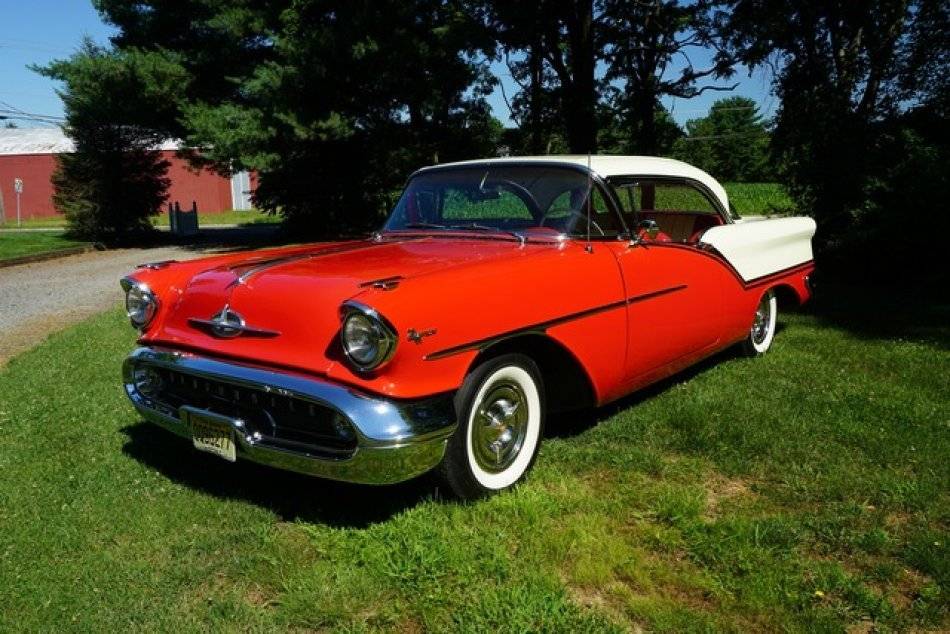