From journal.classiccars.com an interesting story that, to me, once again demonstrates the flaw in the belief that government is, or ever can be, a panacea. Here, let me just paste parts of the article titled, “SEMA sues DoT over delay in replica vehicle rules.”

“As it prepares for its annual automotive trade show in Las Vegas, the Specialty Equipment Market Association [SEMA] says it has filed suit against the U.S. Department of Transportation for failing to implement a Congressional mandate for replica vehicle regulations.”

“Passed by Congress as part of the Fixing America’s Surface Transportation (FAST) Act in 2015 was a provision that would allow low-volume automakers to produce as many as 325 replica cars on an annual basis. Such cars would be new versions of vehicles last manufactured at least 25 years earlier.”

“Congress gave the National Highway Traffic Safety Administration until December 4, 2016, to issue any necessary regulations to implement such a law. The SEMA suit says the agency has yet to take any such action and thus SEMA has petitioned a federal appellate court ‘to require the government to allow replica car manufacturers to immediately begin production.'”

“‘Prior to enactment of the FAST Act, the United States had just one system for regulating automobiles, which was established in the ’60s and designed for companies that mass-produce millions of vehicles,’ SEMA said in announcing its suit. “The lack of regulatory flexibility prevented small businesses from manufacturing turn-key vehicles.‘” [emphasis mine]

“’Eager to produce replica vehicles under the new law, many companies made capital investments and took customer orders on the assumption that sales could begin in late 2016. However, NHTSA has failed to issue regulations or undertake any other action allowing the small automakers to produce and sell vehicles as permitted by law.'”

“’SEMA has made every effort to work collaboratively with NHTSA for over three and a half years, although the agency has taken no action to implement the replica car law, SEMA president Christopher Kersting was quoted in the news release. ‘Consequently, companies have not hired workers, businesses have lost money, and consumers have been denied their rights to purchase replica cars.’”

As I have written before the “one size fits all” approach of most regulation makes it inefficient and since resources are finite efficiency always matters. The ponderous nature of government (among other reasons) makes it unavoidably wasteful. The anti-gearheads—in their smugness, self-righteousness and arrogance—do not and will not understand that almost no collector cars are daily drivers and that we are not going to be driving an all-electric fleet anytime soon. Electric vehicles comprise less than one-half of one percent of the cars and other vehicles owned by citizens all over the world. (Besides, these low-volume replicas could be powered by electric drivetrains.)

The Nissan Leaf, the best-selling all-electric car in history, was introduced in late 2010. The US has been its largest market, with about 127,000 sold here through October, 2018. From 2011 through 2018, more than 128,000,000 new cars, SUVs and pickup trucks were sold in the US. That means Leaf sales in its largest market were about one-tenth of one percent of all vehicles sold. Let that sink in before one proclaims the death of the internal combustion engine.

By the way, if someone wants to buy an electric car that decision is their business. Just don’t tell me I have to buy one…that is an unacceptable infringement on my freedom.

Here is a most decidedly un-electric car:

From performancedrive.com.au a picture of a Ferrari 812 Superfast. The Superfast name is more than appropriate for this car. From Ferrari’s website: “…the 812 Superfast is the most powerful and fastest road-going Ferrari ever built (with the exception, of course, of the rear-engined special limited-series 12-cylinders).”

How much? How does that famous saying go, “If you have to ask, then you can’t afford it.” OK, the MSRP for the 2019 Superfast is about $360,000. I believe it was recently revealed that Ferrari’s average profit per car is about $80,000. Their profit is twice the average “transaction price” for a new vehicle sold in the US. 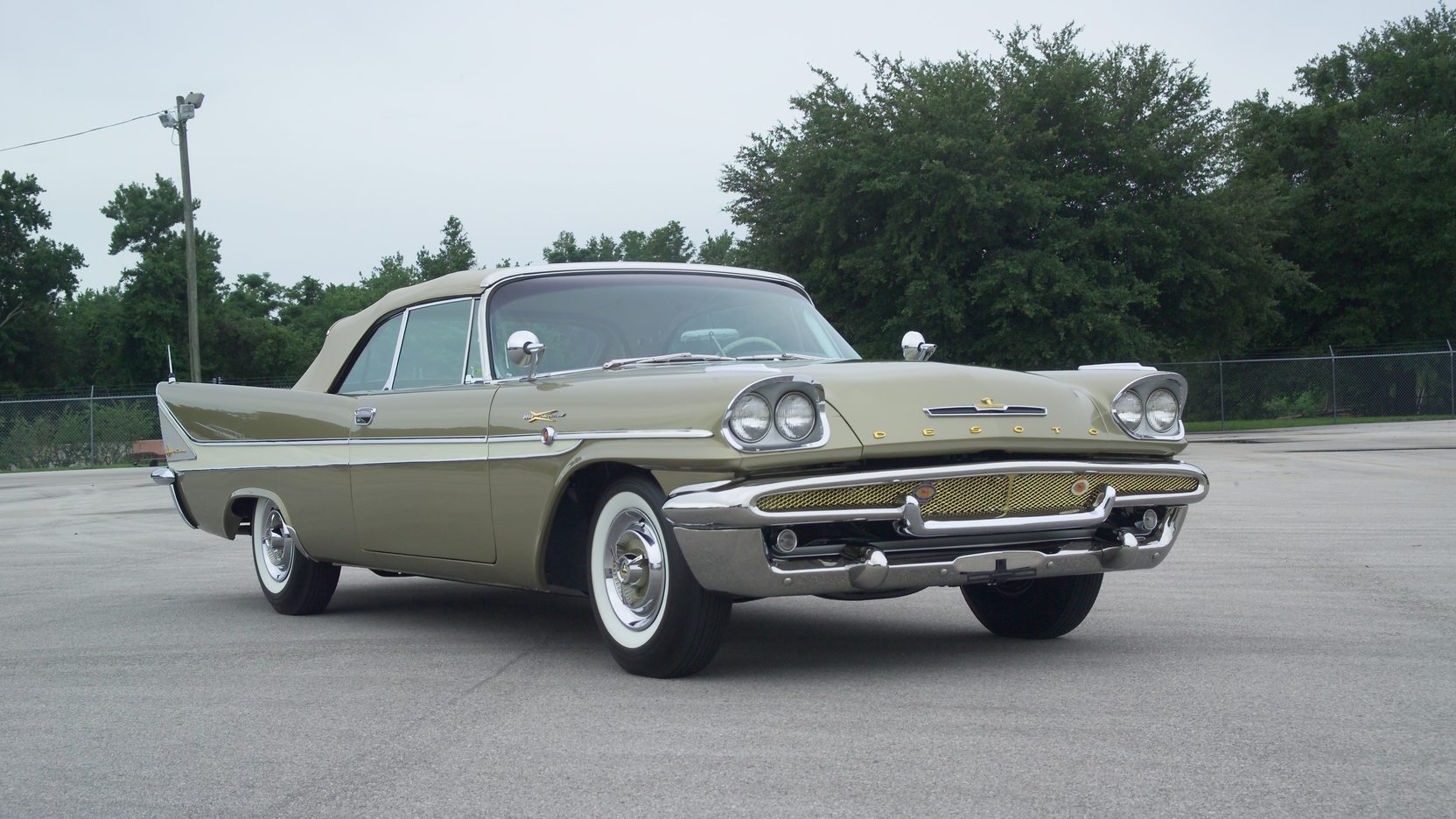 OK, why am I showing a picture of a 1958 DeSoto Adventurer which was offered at Mecum’s Monterey auction in 2010? Live and learn…here is something I just noticed in standard catalog of® American Cars, 1946-1975 by John Gunnell, “A new option [for 1958] was an electronic [emphasis mine] fuel injection system manufactured by Bendix. Cars so equipped wore special nameplates above the front fender medallions and were later recalled to the factory for reconversion into ‘standard,’ dual-quad carburetor form.”

Chrysler Corporation offered electronic fuel injection in 1958! Although it sounds like the system was not a success—this article claims that only 35 cars were equipped with Electrojector—it was a hell of an effort, IMO. Were any of you aware of this before I mentioned it here?