First, my publishing a reader comment that contains a link to another web page is not necessarily either an endorsement or criticism of the content of that page. As long as the content is not pornographic or excessively violent then I will almost certainly publish the page link.

Second, 56packardman has more than earned the right to put almost anything he wants in a Disaffected Musings comment. He has made 20% of the comments on this blog that are not mine. He posts links to this blog on various forums. I don’t agree with him on every topic, but he has the right to make thoughtful comments with which I disagree. That’s what freedom of expression is supposed to mean.

On the most recent episode of Wheeler Dealers a car like this was featured: 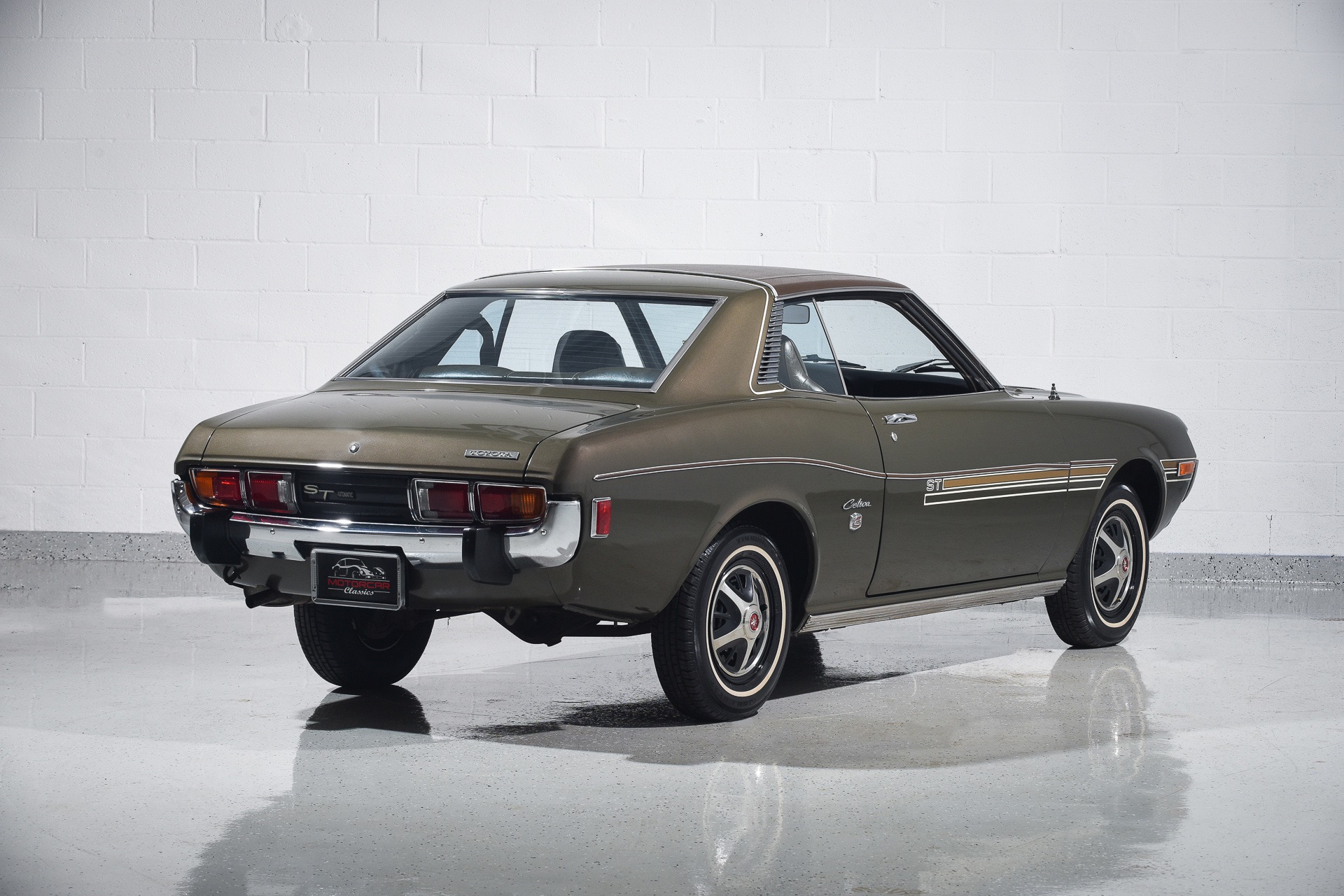 From motorcarclassics.com a picture of a 1973 Toyota Celica ST. Why don’t I remember this car?!

The Celica was produced for more than 35 years in seven different generations. I made a brief search to unearth Celica production figures, but was unsuccessful. What I can show is that for 1973 Toyota manufactured more than 1.6 million passenger cars, of which almost 327,000 were sold in the US. Considering that the first Toyota cars were not sold in the US until 1958 and that overall company production didn’t reach 100,000 until 1963, those figures are astounding.

I just think these cars look great. The standard US drivetrain was a 2-liter/120 cubic-inch inline 4-cylinder engine that produced 97 HP/106 LB-FT of torque mated to a four-speed manual transmission. Five-speed manuals and automatics were also available. My understanding is that the US spec engine was less potent than the one installed in Japanese cars. That may have been due to California emissions standards. I believe Toyota sold a disproportionate percentage of their US cars in California and didn’t want to export cars with different engines to America.

Not that I am going to run right out and buy one of these, but if I were and I had some money to play with, I would restomod the car. Here’s a surprise for readers: I might consider an all-Ford drivetrain. The modern Ecoboost turbocharged inline four-cylinder engine generates 310 HP/350 LB-FT of torque. I wouldn’t want to shoehorn a large engine into the Celica engine bay. Of course, I would install the Ford 10-speed automatic transmission although I think ten speeds is at least two speeds too many. I wonder how much the restomod process, which would include suspension and brake upgrades, would cost.

On this day in 1973 the number one song in the US was “Half-Breed” by Cher. By this time I had discovered jazz and had basically stopped listening to popular/Top 40 music. I can also say that I have never been a fan of Cher, no offense intended.

The first number one song of 1973 was “You’re So Vain” by Carly Simon. The person about whom she was singing is still a mystery, I believe, although I think she sold the identity to someone (for charity?) and the buyer had to promise to keep the identity a secret. I guess I could look all of this up, but frankly don’t really care enough to do so.

4 thoughts on “Throwback Thursday and A Statement”