I want to extend my most heartfelt condolences to my very good friend, Bob. His mother died yesterday.

I have always thought that it was Pulitzer Prize AND Nobel Prize winning author Saul Bellow who wrote, “We have a word for everything except what we really think and feel.” I can’t seem to confirm that attribution, but the sentiment is appropriate, nevertheless.

Hail and Farewell, Chevrolet Impala. Production of the Impala will, once again, cease in January of 2020 and I suspect this is really the end for Chevrolet’s iconic car.

Ford Mustang fans like to say the Mustang is the most successful new car in modern history. Of course, how does one define “the start” of a new model? (I mean, the Pontiac Fiero was successful in its first model year with sales of over 137,000. How did that turn out?) Yes, I doubt that any post World War II car has sold more in its first model year than the Mustang’s 681,000, although that model year was longer than normal running from April of 1964 through September of 1965. However, did you know that almost twice as many Impalas were sold in its first ten years compared to the first ten years of the Mustang? More than 6.5 million Impalas rolled off the assembly line in model years 1958-1967 compared to about 3.4 million Mustangs in model years 1965-1974. Of course model year 1974 was the first year for the Mustang II. Comparing the first nine years, if you must, yields the same result: 5.9 million Impalas and 3.0 million Mustangs. It was the Impala that set the post-war record for most cars sold in a model year with over one million in 1965.

As I originally envisioned this homage to the Impala I was going to show a picture of an Impala for each of its first ten model years along with facts and figures including production numbers. I decided that would be tedious. Here is my idiosyncratic and ADD-addled look at the Impala:

From fastlanecars.com a picture of a 1958 Impala. Technically, for its first model year the Impala was a “top of the line” Bel Air. This was also a one-year only body style. The Impala was redesigned for 1959 and made into its own model/series. 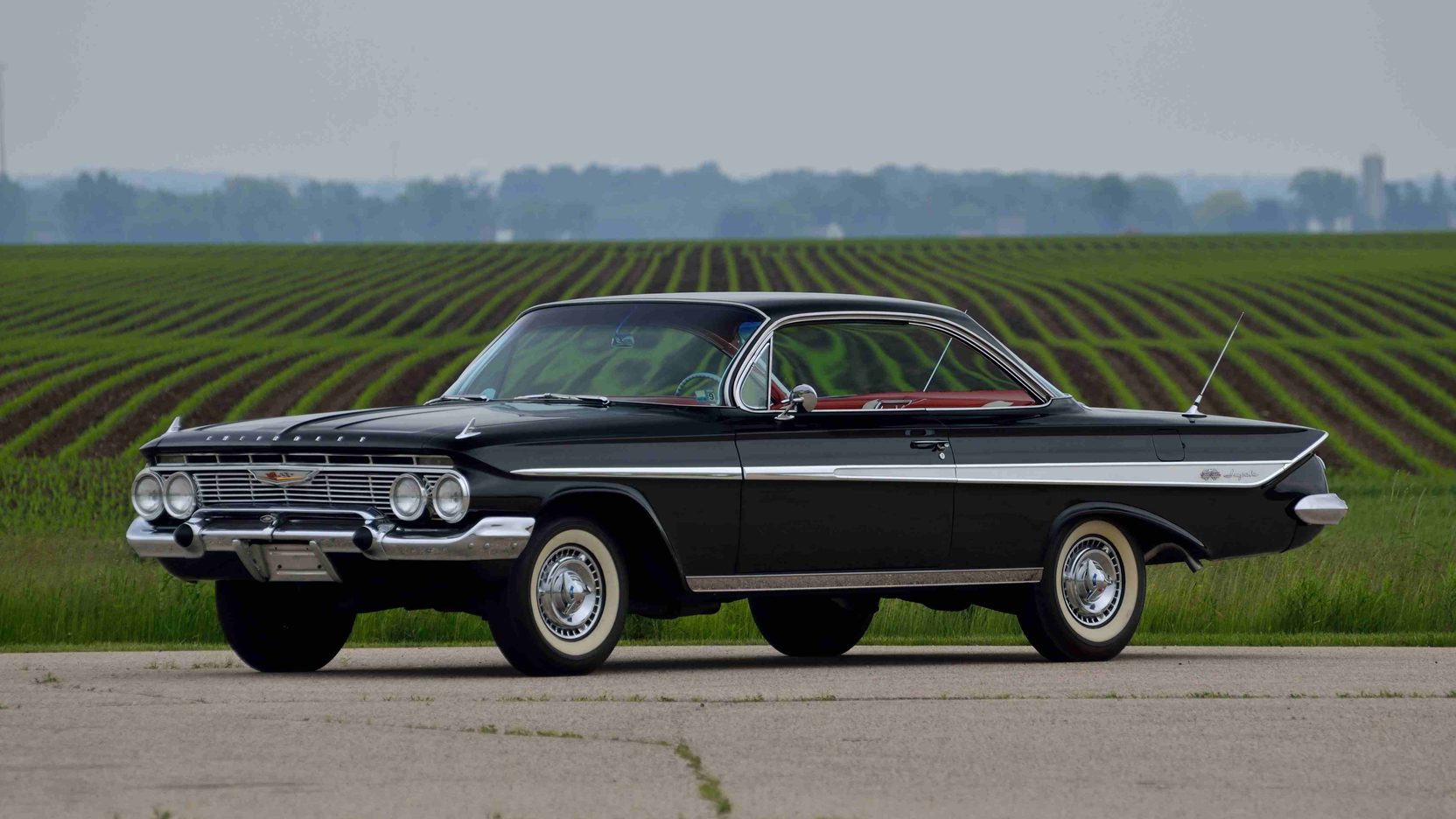 From Mecum Auctions a picture of a 1961 SS 409 Bubble Top offered at their Monterey auction in 2013. I showed this car only because it is similar in color to the ’61 Impala that got me back and forth from home to college in my first semester. I have written about this before, but about two weeks before I was supposed to leave for college for the first time I was in a major accident in my 1967 Pontiac GTO. My father was upset, understandably, and threatened to leave me without wheels until the GTO was repaired. His second wife, with whom I was not close, urged him to let me have a car. My father let me drive his ’61 Impala until the repairs on the Goat were finished around New Years Day.

Like the Mustang I think the Impala was successful because it was a stylish car that was very versatile. Depending on the buyer the car could morph into almost any type of transportation.

The only constant in the world is change…