Today’s date is, of course, 9/19/19, which is a palindrome. This is the last of ten consecutive days in which the date is the same forwards or backwards.

As far as I know the longest one-word palindrome in the world is saippuakauppias, which is the Finnish word for soap-seller. Don’t ask me how I know because I don’t know.

I wonder if Apple is in cahoots with my wireless “provider.” Even though we have full Wi-Fi coverage throughout the house for some reason my phone is often in LTE mode without my realizing it. If we exceed our data usage for a month we have to pay an overage fee.

Anyway, that happened (once again) while I tried to send this picture: 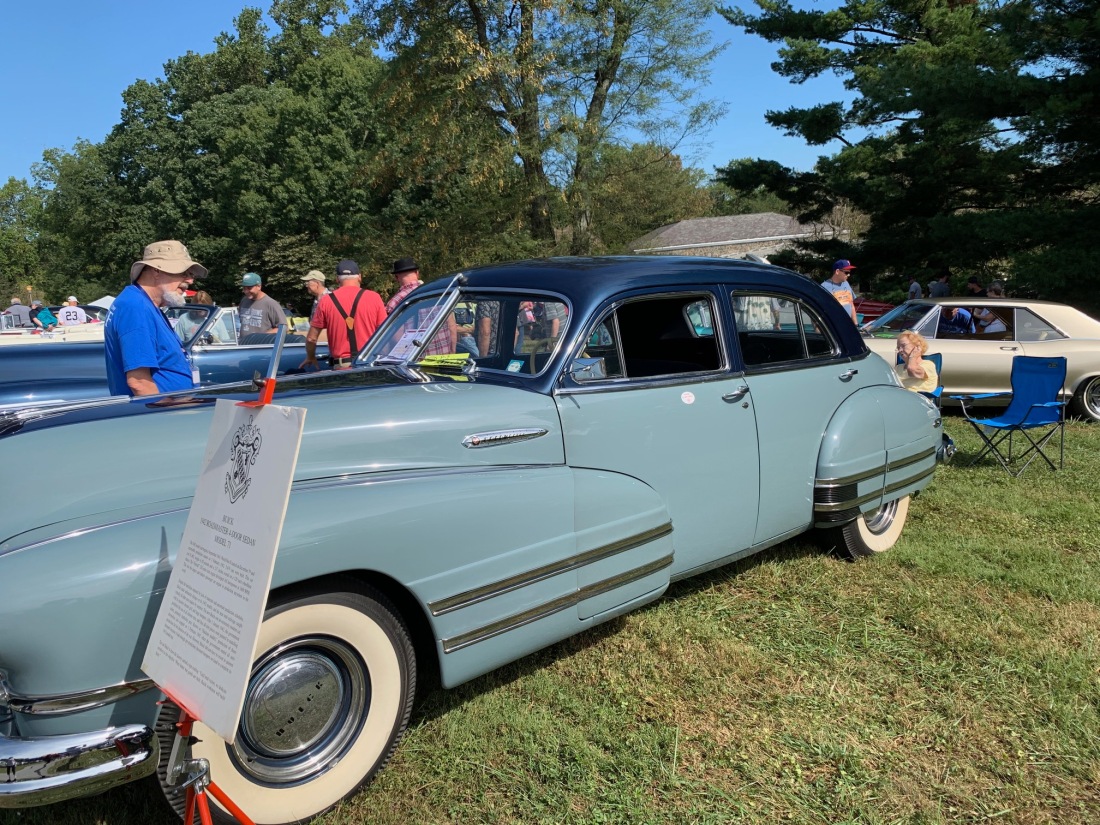 This is a 1942 Buick Roadmaster. All 1942 model year cars are rare. Unless you flunked history many times you should know why, but remembering what can happen if one assumes I will remind everyone that the US entered World War II after the Japanese attack on Pearl Harbor in December, 1941. Civilian car production was halted early in 1942 and didn’t resume until the war ended in 1945.

Buick produced about 8,400 Roadmasters for the 1942 model year, of which approximately 5,400 were 4-door sedans. While the legendary Hydra-Matic automatic transmission was already available on Oldsmobile and Cadillac vehicles, automatics were not available for Buick until the introduction of the Dynaflow transmission in model year 1948. In this era, while General Motors had many makes under its umbrella the individual “companies” retained much autonomy until the late 1950s. Many point to the homogenization of GM makes as a key reason why the company lost market share. Many consumers with loyalties to specific GM makes were not fooled by the increasing amount of badge-engineering that occurred later.

As I have written many times before [so one more time won’t hurt, :)] I have an affinity for Buicks as the first car I remember in my family and the first car I ever drove was a 1956 Century. As I have also written before I have developed an appreciation for pre-war cars that I did not have just a few years ago.

One thought on “Throwback Thursday”