I follow Dominic Chu of CNBC on Twitter (@TheDomino). He is knowledgeable without being arrogant and passionate without being partisan. Occasionally we engage in short dialogues via Direct Message on Twitter. Often those dialogues are the result of my sending Dom a link to a Disaffected Musings post. Yesterday, in the middle of one of those dialogues Dom wrote this wonderful comment, “Your posts are awesome.” Wow! I mean, Wow! Dom’s comment was not in response to my asking him what he thought about the blog or any specific post. He offered it unprompted by me.

As every regular reader knows I am very proud of this blog AND wish many more people were reading. However, it is always great to receive such positive feedback, especially from someone who is a professional journalist. Thanks again, Dom. 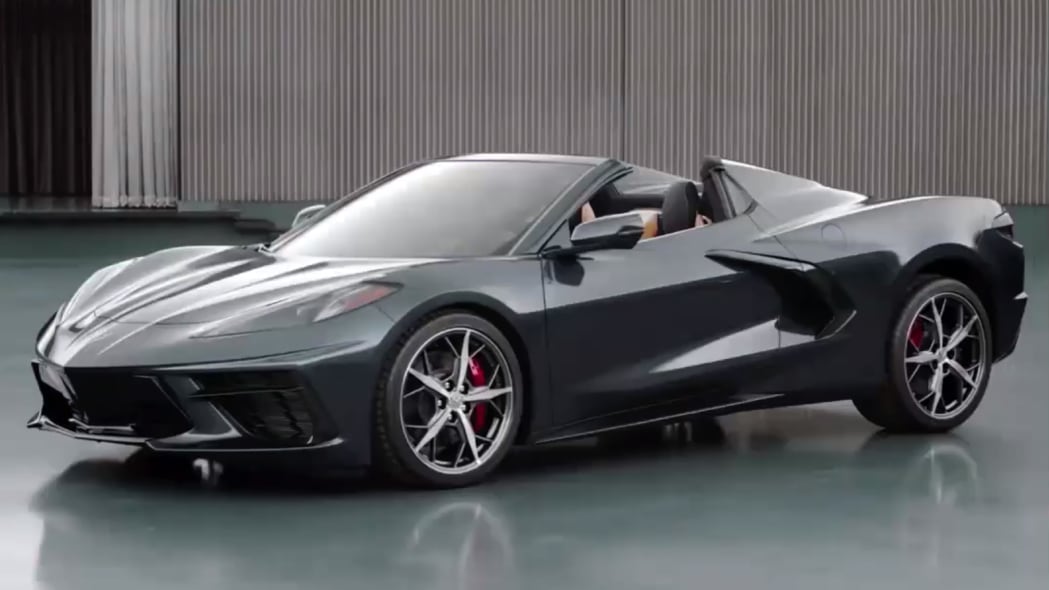 From this autoblog.com piece comes a picture of a C8 Corvette convertible. The article is about Chevrolet’s announcement that the official reveal of the C8 convertible will occur on October 2, despite the fact that the car was already shown in official company photos when the C8 was revealed in July.

No doubt the C8 convertible will have a soft-top and, no doubt, the chassis will be beefed up in order to compensate for the loss in structural rigidity a fixed roof provides. I suspect the base price for the convertible will be $5,000-$6,000 more than the coupe. Are any potential buyers reading this?

More evidence of the softening of the collector car market: the gross sales total from all of the auctions held during Monterey Car Week last month was down by about 31% from 2018. The average price per lot was down about 24% and the median price declined by 16 percent. Combine that with slightly fewer lots offered and a small reduction in the sell-through rate and, voila, -31%.

Total sales have actually declined in four of the past five years in Monterey with only 2018 being an increase compared to the previous year. Remember that even the very wealthy don’t have to buy expensive collector cars. In all honesty, though, data like this makes me a little nervous about the overall economy.

My wonderful wife ribs me from time to time about having too much cash in our holdings. The ribbing happens even though our family portfolio has significantly outperformed its expected risk-adjusted return over a period of more than a decade. If the economy falters then having a substantial cash position will be quite an asset, in my opinion. Also, if the collector car market continues to soften and if that softening trickles down to all segments then maybe I can buy that Studebaker Gran Turismo Hawk for even less than the modest amount one would cost today.

Today’s post title is nothing more than my penchant for self-deprecation and alliteration.