On this day in 1977 Voyager 1 was launched by NASA. It was actually launched about two weeks after its “twin,” Voyager 2.

“The twin spacecraft Voyager 1 and Voyager 2 were launched by NASA in separate months in the summer of 1977 from Cape Canaveral, Florida. As originally designed, the Voyagers were to conduct closeup studies of Jupiter and Saturn, Saturn’s rings, and the larger moons of the two planets.”

“To accomplish their two-planet mission, the spacecraft were built to last five years. But as the mission went on, and with the successful achievement of all its objectives, the additional flybys of the two outermost giant planets, Uranus and Neptune, proved possible — and irresistible to mission scientists and engineers at the Voyagers’ home at the Jet Propulsion Laboratory in Pasadena, California.”

“As the spacecraft flew across the solar system, remote-control reprogramming was used to endow the Voyagers with greater capabilities than they possessed when they left the Earth. Their two-planet mission became four. Their five-year lifetimes stretched to 12 and is now near thirty-seven years.” [My note: this article must have been written a few years ago and, apparently, hasn’t been updated.]

“Eventually, between them, Voyager 1 and 2 would explore all the giant outer planets of our solar system, 48 of their moons, and the unique systems of rings and magnetic fields those planets possess.”

“Had the Voyager mission ended after the Jupiter and Saturn flybys alone, it still would have provided the material to rewrite astronomy textbooks. But having doubled their already ambitious itineraries, the Voyagers returned to Earth information over the years that has revolutionized the science of planetary astronomy, helping to resolve key questions while raising intriguing new ones about the origin and evolution of the planets in our solar system.”

Voyager 1 is now the man-made object that is the farthest from Earth. It left the solar system and entered interstellar space on August 25, 2012. At present it is nearly 14 billion miles from Earth, but is still sending back data. Transmissions from Voyager 1, even though they are traveling at the speed of light, take more than 20 hours to reach Earth. In another amazing fact about this amazing probe, the Voyager team completed a successful test of the spacecraft’s trajectory correction maneuver (TCM) thrusters in late 2017 (the first time these thrusters were fired since 1980), a project enabling the mission to be extended by two to three years.

From voyager.jpl.nasa.gov an image of Saturn and some of its moons: 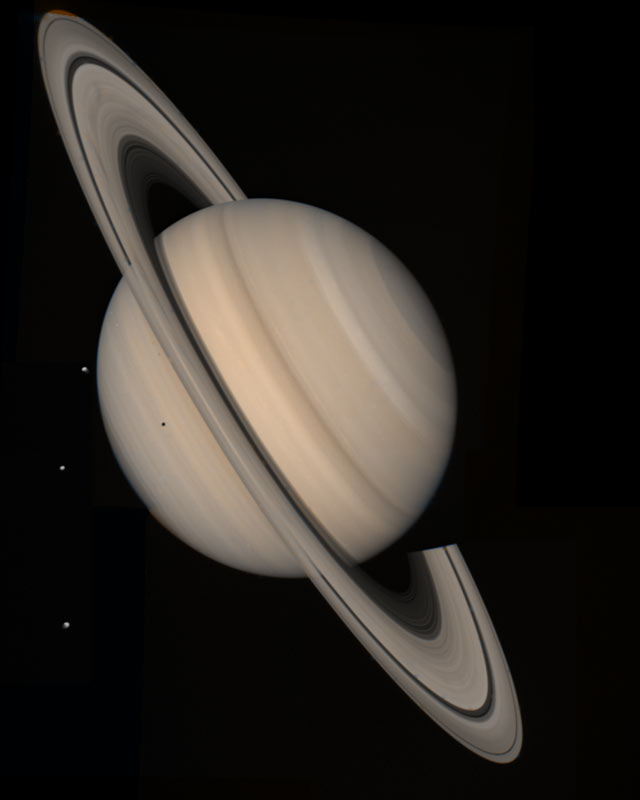 I hope human civilization never loses its curiosity about the universe. People should spend a significant portion of their time gazing outward, not at their navels. I believe that at the individual level, curiosity is correlated with intelligence. Let’s aspire to resist society’s atavistic march towards the lowest common denominator.

“Once again, the bankers and investors shook their heads and pronounced Studebaker-Packard a candidate for the automotive graveyard. But Harold Churchill had other notions. In the fall of 1958 [emphasis mine], he introduced his game plan for Studebaker’s survival—a car he had ordered designed after the spurt in sales caused by the economy Scotsman. The new car was an instant hit and Church was a South Bend hero. By mid-1959, he was promising great things for the future. Time magazine’s profile caught a little of his spirit, calling Churchill a ‘Man on a Lark.'”

As we now know, Studebaker’s reprieve was temporary. However, it seemed real at the time. According to History of the American Auto by the Auto Editors of Consumer Guide®, Studebaker model-year production grew from just 44,759 in recession-addled 1958 to 126,156 in 1959, almost all of which was attributable to the success of the Lark. 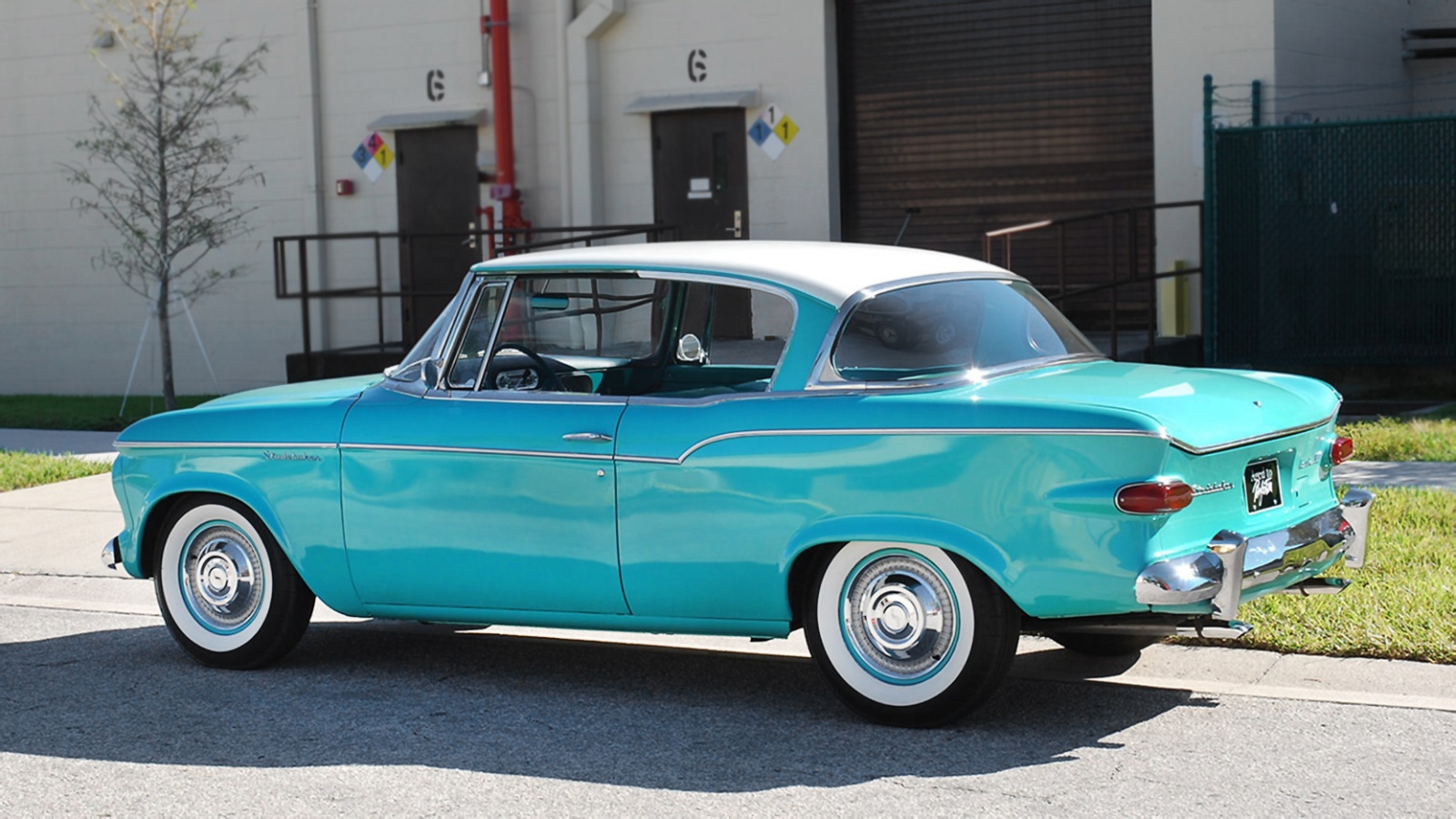 From barnfinds.com a picture of a 1959 Studebaker Lark VIII Regal. The “VIII” designation means this car was powered by Studebaker’s only available V-8 engine at that time, a 259 cubic-inch mill that produced 180 HP/260 LB-FT of torque in base spec or 195 HP (torque unavailable) in the Power-Pack option with a four-barrel carburetor and dual exhaust.

At last year’s Mecum auction in Denver a 1961 Studebaker Lark VIII Regal convertible in Flamingo Pink hammered for $20,500 or $21,000. (I don’t remember the exact number.)

Hey, where else can you read about Voyager 1 and the Studebaker Lark in the same post?!