Today would have been Frank Robinson’s 84th birthday. He is the only player to have been named Most Valuable Player in both leagues. (National League – 1961; American League – 1966) Frank was the first black manager in major league history. He was named to the All-Star team 14 times.

For me, his legacy is that he was my favorite baseball player growing up in Baltimore and incredibly, improbably I later worked with him while with the Orioles. He and I became friends and he grew to respect my baseball knowledge and acumen. I wrote about this story on his birthday last year, but it bears repeating. One day I was walking past his office and stuck my head in to say hello. I noticed a baseball cap on his desk I had never seen before with the letters “CR” on it. I asked Frank, “Cedar Rapids?” He said, “No, Colorado Rockies.” I asked, “Are you going somewhere?” Frank replied, “No, but if I do I’m taking you with me.” You have no idea how amazing I felt after he said that.

It is still difficult for me to think that Frank Robinson is no longer alive. (He died in February of this year.) An old hospice joke goes, “Life goes on. Sometimes it doesn’t.”

I just wanted to write about Frank today. Very often, words are really inadequate, but they are often the best we can muster. 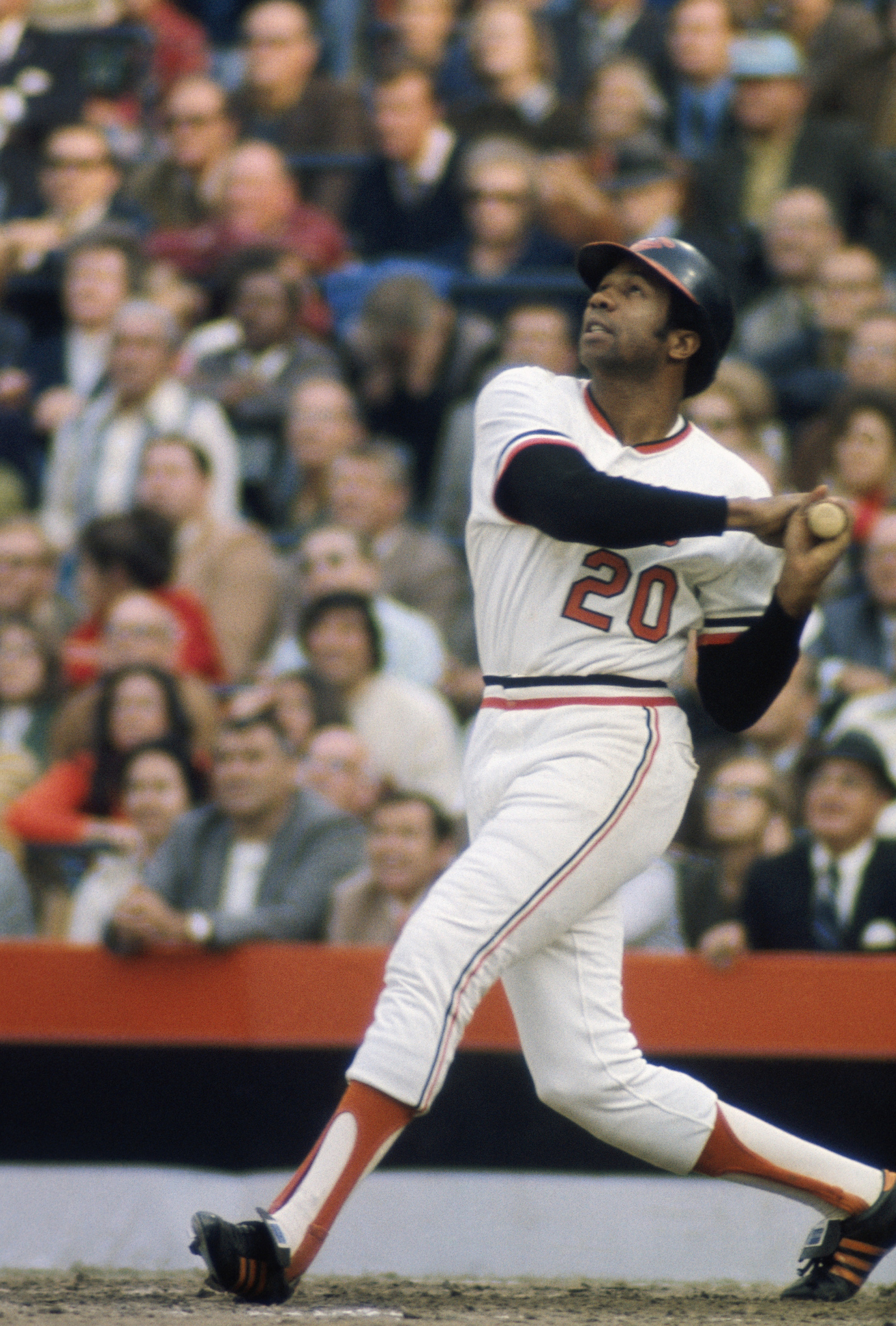 From camdenchat.com a picture of Frank Robinson.