OK, that was bad free form poetry or incomplete haiku. My friend Ben (yes, I have friends) suggested I write about muscle cars so here I am.

Most automotive historians and fans would say the first muscle car was this:

From the appropriately named allmusclecars.com a picture of a 1964 Pontiac GTO. In order to skirt GM rules on engine size in new models, Pontiac division president John DeLorean (yes, that John DeLorean) decided to offer Pontiac’s legendary 389 cubic-inch V8 as an option for the mid-size Tempest model. Sales of this option were expected to be about 5,000, but Pontiac sold 32,450. The other American manufacturers took note and soon muscle cars abounded. The GTO became a separate model in 1966; GTO sales had reached 75,352 in 1965.

OK, what is a muscle car? No hard and fast definition exists, but the general idea is an American factory-built car with a large, powerful V8 dropped into a mid-size body to make a car suitable for drag racing. By that definition one can make a case—and some have—that this might be the first muscle car: 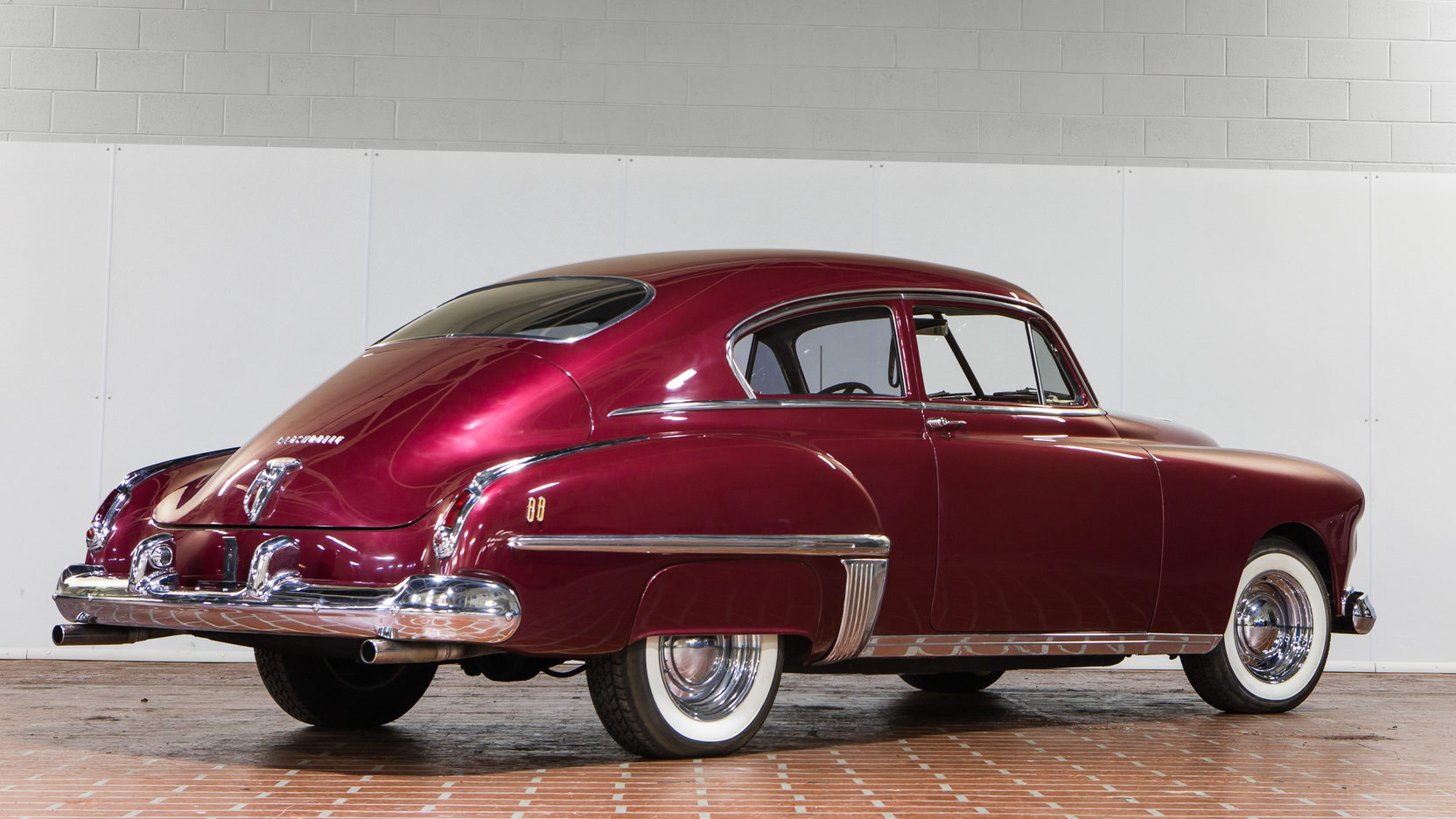 From Mecum a picture of a car offered for sale at its 2017 Indianpolis auction, a 1949 Oldsmobile Rocket 88. That was the first year that Oldsmobile and Cadillac offered the first modern overhead-valve, “high compression” V8. That engine was available in Oldsmobile’s smaller, lighter 88 model (as opposed to its 98).

Muscle cars were also supposed to affordable for most. The car that might fit that bill best was this:

From cruisinclassicsinc.com a picture of a 1968 Plymouth Road Runner. The Road Runner was offered as a less expensive version of the GTX with more basic trim. (The base 1968 Road Runner listed for $2,896 while the base GTX sold for $3,355.) The standard Road Runner engine was a slightly modified version of the Chrysler company’s 383 cubic-inch V8 that produced 5 more HP than the standard as long as the car was ordered without air conditioning. If A/C was ordered, the standard engine was fitted as the high-performance spec did not produce enough vacuum. The Road Runner engine generated 335 HP/425 LB-FT of torque.

Where do the Mustang-based Shelby GT350 and GT500 fit here? That is a matter of debate. The cars were certainly very good performers, but there was more emphasis on braking and handling, sad to say, than most muscle cars and the Shelbys were never inexpensive. The base price for a 1965 GT350 was $4,457 whereas a base 1965 GTO sold for $2,751. In the interest of completeness, from streetmusclemag.com a picture of a 1965 Shelby Mustang GT350:

Ford/Shelby produced just 562 of these in 1965, which was the first year of production. That low volume also disqualifies the car from being considered a muscle car in the eyes of many. These cars began as a stock Mustang that was shipped to Shelby American for the conversion. Among the upgrades were front disc brakes and a modified Windsor K-code engine (with a high-rise intake manifold, bigger carburetor and more aggressive cam, headers, etc.) that produced 306 HP/329 LB-FT of torque.

I hope you have enjoyed this brief and idiosyncratic look at muscle cars. Thanks, Ben.