Elvis Presley died on this day in 1977. At the risk of incurring the wrath of many readers I must confess that I am not and never have been a fan of Presley. I don’t like his music and I could never get through more than five or ten minutes of any of his movies. Different strokes for different folks…Oh yeah, Presley once shot his De Tomaso Pantera after a fight with his girlfriend.

Babe Ruth died on this day in 1948. When I followed or cared about baseball I was a huge fan of Ruth and his unbelievable accomplishments. As Bill James has pointed out, Ruth’s last game in the major leagues (1935) is now closer in time to the end of the Civil War than it is to today.

Every season the show begins with 12 bakers. In each episode the bakers have a signature challenge, a technical challenge and a show-stopper challenge. At the end of each episode one contestant is named “Star Baker” and one is eliminated. However, the final competition episode actually has three bakers.

In the episodes aired here, which are older, the judges are Paul Hollywood (yes, that’s his real name) and Mary Berry. Berry left the show three years ago when it moved from the BBC to Channel 4. The show has been produced since 2010.

Unlike American competition shows The Great British Baking Show does not feature contestants fighting with each other. The difficulty of making the items given to them provides enough tension and the tension seems more genuine. Hollywood and Berry have an unusual, but endearing on-screen chemistry.

My mother’s parents were bakers in Poland before World War II began. I began baking when I was a teenager; believe it or not, I had much more patience during that time than I do now. My mother also baked; frankly, her pastries were too dry for me, but she liked dunking her cookies. When I began baking I used less flour than she did so that my cakes or whatever would be moist. My mother would always try to sneak extra flour into my batter and issue a stern warning that my batter was too thin and that my cake would fall down in the oven. I can honestly say that never happened.

A car like this was offered for sale at the Mecum auction currently taking place in Monterey, California: 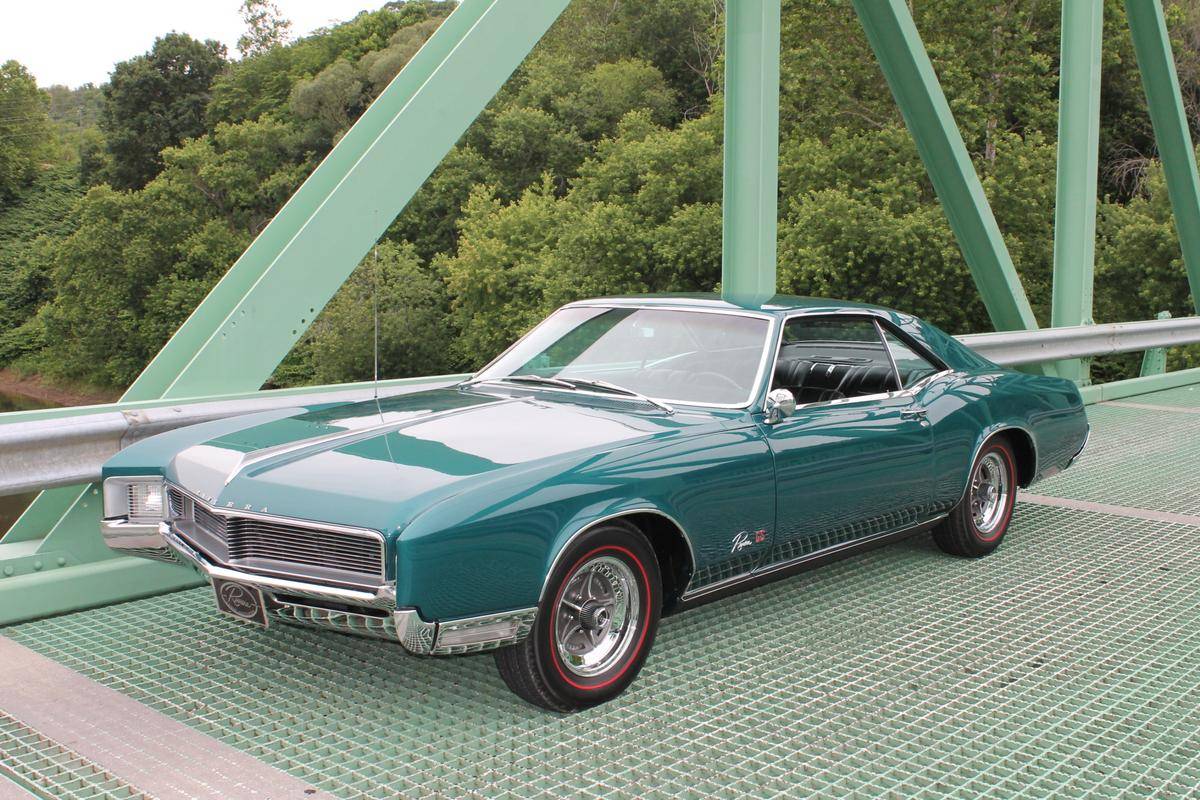 From Hemmings a picture of a 1966 Buick Riviera. The badging on the front fender reads “GS.”

While I don’t think these cars are as stylish as the first-generation Riviera (1963-65) they are certainly more handsome than most. Other than the boat-tail generation I think Rivieras were well-styled automobiles.