Thanks again to 56packardman for putting links to Monday’s and Tuesday’s Disaffected Musings posts on the Studebaker forum. (If you’re a Studebaker fan you should read this, by the way.) Also, thanks to the many Studebaker fans who clicked on those links.

“Nothing great has been and nothing great can be accomplished without passion.” Hegel is supposed to have made that remark and I have written a shorter version of it in this blog. No one can question the passion of Studebaker fans. Every time a link to a Disaffected Musings post appears on their forum the number of blog views/visitors increases dramatically. Remember that it’s been more than 50 years since the last Studebaker automobile was built.

So, why don’t I turn Disaffected Musings into a blog about defunct American makes like Studebaker? First, many people are far more qualified than I to write about Studebaker, Packard, Pontiac, etc. Second, my automotive passion extends beyond defunct American car companies. Third, my passion, in general, goes beyond just cars even though I have not created much non-automotive content recently.

Unfortunately, I think many people are just “mailing it in” when it comes to living their lives. I am not the happiest person on the planet, but I engage my real interests as often as possible. Nothing great can be accomplished without passion; I think Hegel was right on the money.

On this day in 1915 the steamer Eastland overturned in the Chicago River, drowning between 800 and 850 of its passengers who were heading to a picnic. One person who was supposed to be on the boat, but wasn’t, was Papa Bear himself, George Halas. At first, his name actually appeared in local newspapers on the list of those missing or dead. If you don’t know, or even if you do, Halas founded the Decatur Staleys football team whom you probably know as the Chicago Bears. He was also a founding father of the National Football League. From the wonderful book The Pro Football Chronicle by Dan Daly and Bob O’Donnell:

“Years later he [Halas] reflected on his good fortune. ‘When I missed connections on the ill-fated Eastland,’ he said, ‘I realized I was a very lucky man. Nothing which has happened since has given me any reason to think otherwise.'”

Never discount the role that luck plays in life outcomes. By the way, Halas also had a brief major league baseball career playing in 12 games for the New York Yankees in 1919, the last season before the Yankees acquired Babe Ruth. From ESPN’s website a picture of George Halas:

Even though I am a Packers fan I have tremendous respect for the career of George Halas. His 1963 selection as one of the original members of the Pro Football Hall of Fame was most deserved. 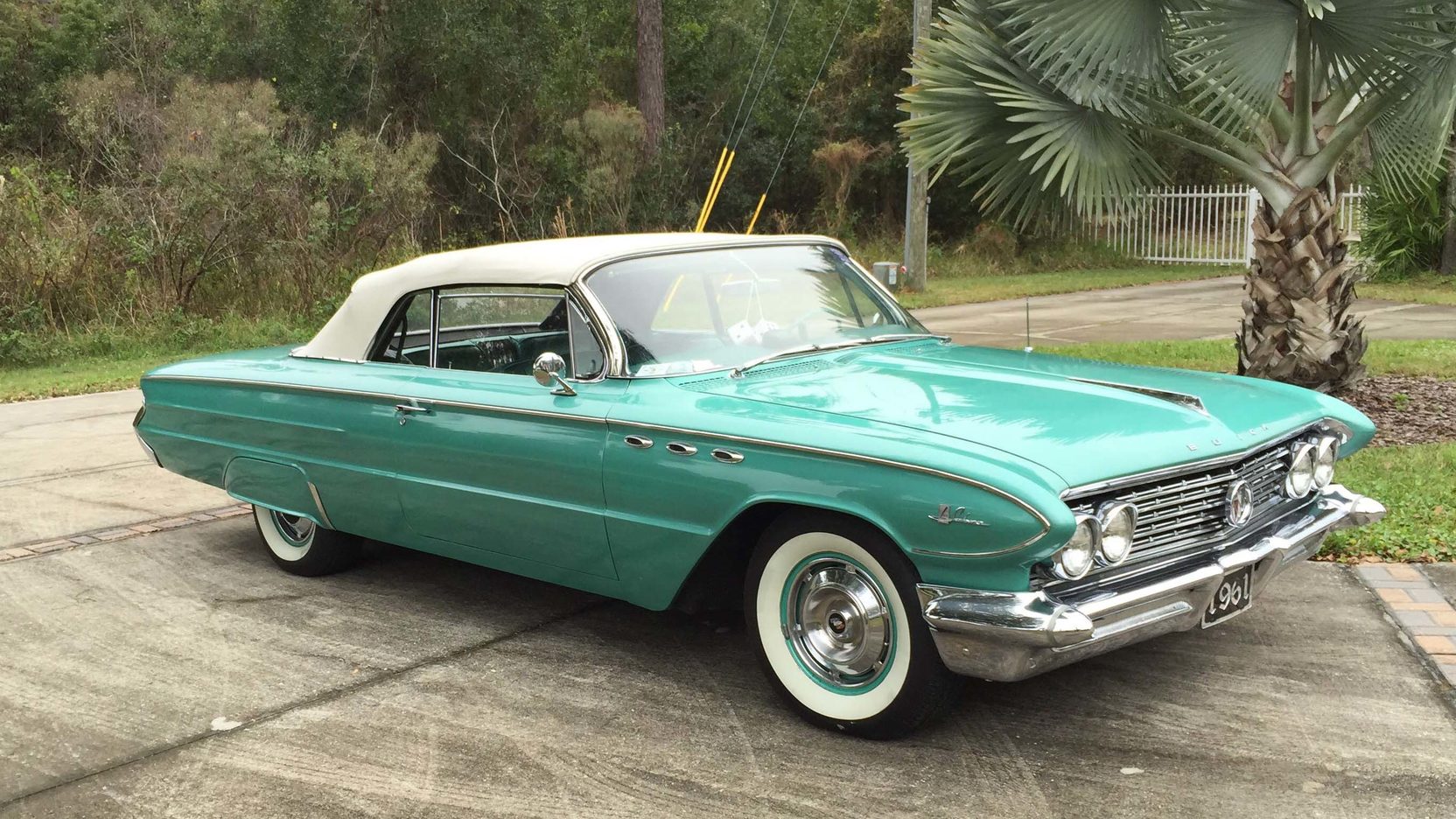 From Mecum Auctions a picture of a 1961 Buick LeSabre convertible that was offered at their Kissimmee auction in 2015. That car makes quite an impression on me especially with the white/beige top over the green exterior. I like exterior colors with some spirit. Continuing to imagine purchasing a Studebaker Gran Turismo Hawk I think I would have the car painted in British Racing Green. Sorry, purists, but I want the car the way I want it.

Back to the LeSabre…Buick built 11,951 LeSabre convertibles in 1961. The LeSabre featured a 364 cubic-inch V-8 rated at 250 HP, but in the Buick manner of this time period it produced 384 LB-FT of torque. The car had a three-speed automatic transmission. Like the hashtag reads, so many cars just one life.