Greetings from tropical Panama. No, I am not really in Panama, but with the dew points here having been in the mid-to-upper 70s for most of the last week it sure feels like I could be.

If the air temperature is 105°, but the dew point is 35°—which can happen in a place like say…Arizona—it will feel hot, but your perspiration will evaporate helping to cool you down. Evaporation is a cooling process.

If the air temperature is 90° and the dew point is 75°, like it’s been here for much of the last week, your perspiration will not evaporate anywhere near as quickly. When people say “It’s not the heat, it’s the humidity” what they’re referring to, whether they know it or not, is the dew point. The dew point is the temperature at which the water vapor in a sample of air at constant barometric pressure condenses into liquid water at the same rate at which it evaporates. It is also referred to as a measure of the absolute amount of water vapor in the air as opposed to relative humidity, which is the amount of water vapor present in air expressed as a percentage of the amount needed for saturation at the same temperature. Meteorology lesson over…

It’s another melancholy Monday as my wonderful wife, for the second time in three weeks, is away on a week-long business trip. I have expressed these thoughts before, but I don’t understand the “macho” attitude that many men express when they indicate they’re happy their wife is away. If you don’t like spending time with your wife then why did you marry her?

I just acquired and finished reading Studebaker 1946-1966, The Classic Postwar Years by Richard Langworth. I devoured the book. Langworth wrote a concise, yet very informative recap of this period in Studebaker’s history.

The introduction of the legendary Loewy coupes in 1953 did not, unfortunately, turn out as planned for Studebaker. Let me start at the beginning, though, quoting liberally from Langworth’s book:

“Ask any industrial designer for the best automotive shape of the fifties and he’ll almost certainly pick the 1953-54 Studebaker coupes…One must be very careful here: The fifties was not a time of universal stylistic perversity, anymore than an era of uniform ugliness. The Continental Mark II, the Chevrolet Nomad, the 1953 Packard Caribbean, all deserve credit for purity of line. But none of them matched the sheer perfection in every detail of the Studebaker coupes. They were, and are, magnificent-looking machines. Before their first year was up they’d won Motor Trend’s award for ‘the most aesthetically styled cars.’ They’ve been cited as the outstanding industrial design of the decade by authorities who never before considered an automobile for that title.”

While it would have been great if Langworth had given us more specific cites in this paragraph, his point is still well-made. From Vault Cars a picture of a 1953 Studebaker Starliner coupe: 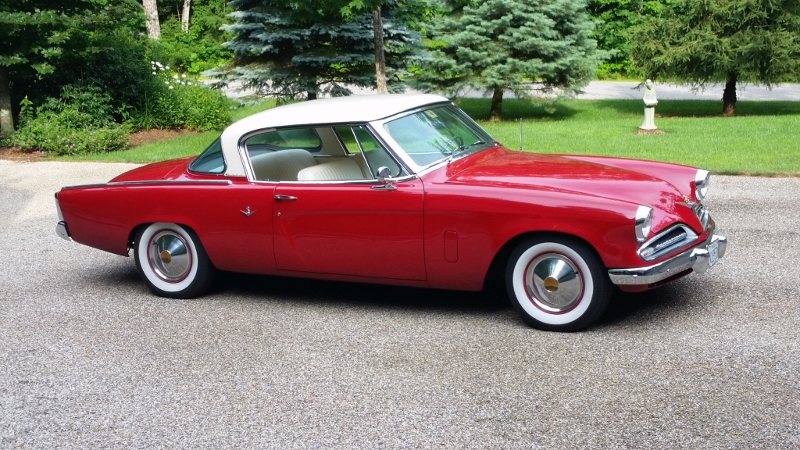 From flickr a picture of another 1953 Studebaker Starliner coupe: 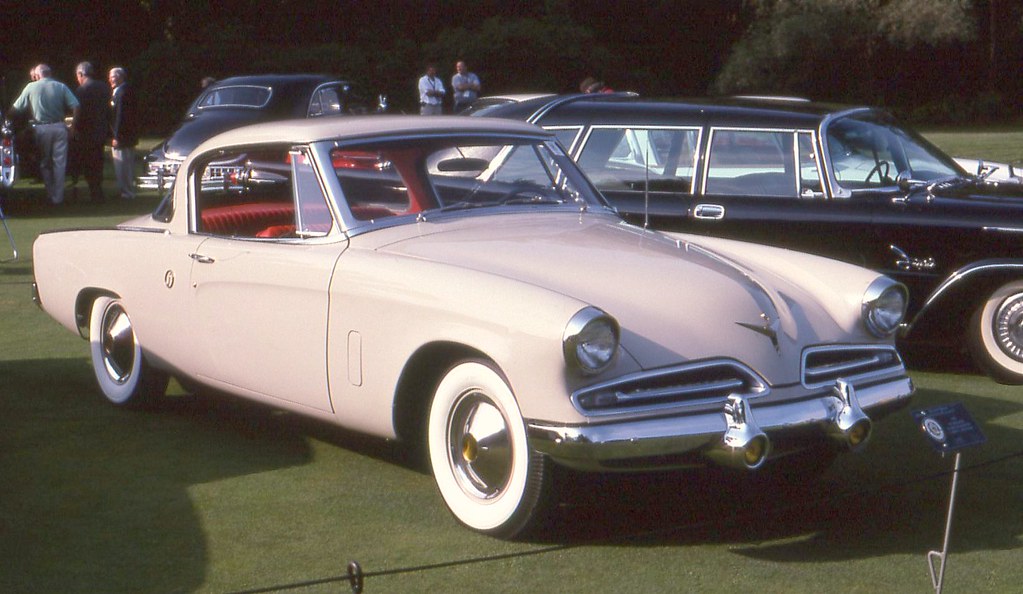 With the “failure” of the coupes (reasons for which will be discussed shortly, it was really a failure of the sedans) and the trend in the US auto industry for yearly updates to styling and engineering, Studebaker felt compelled to update the cars. From Mecum Auctions a picture of a 1956 Studebaker Golden Hawk: 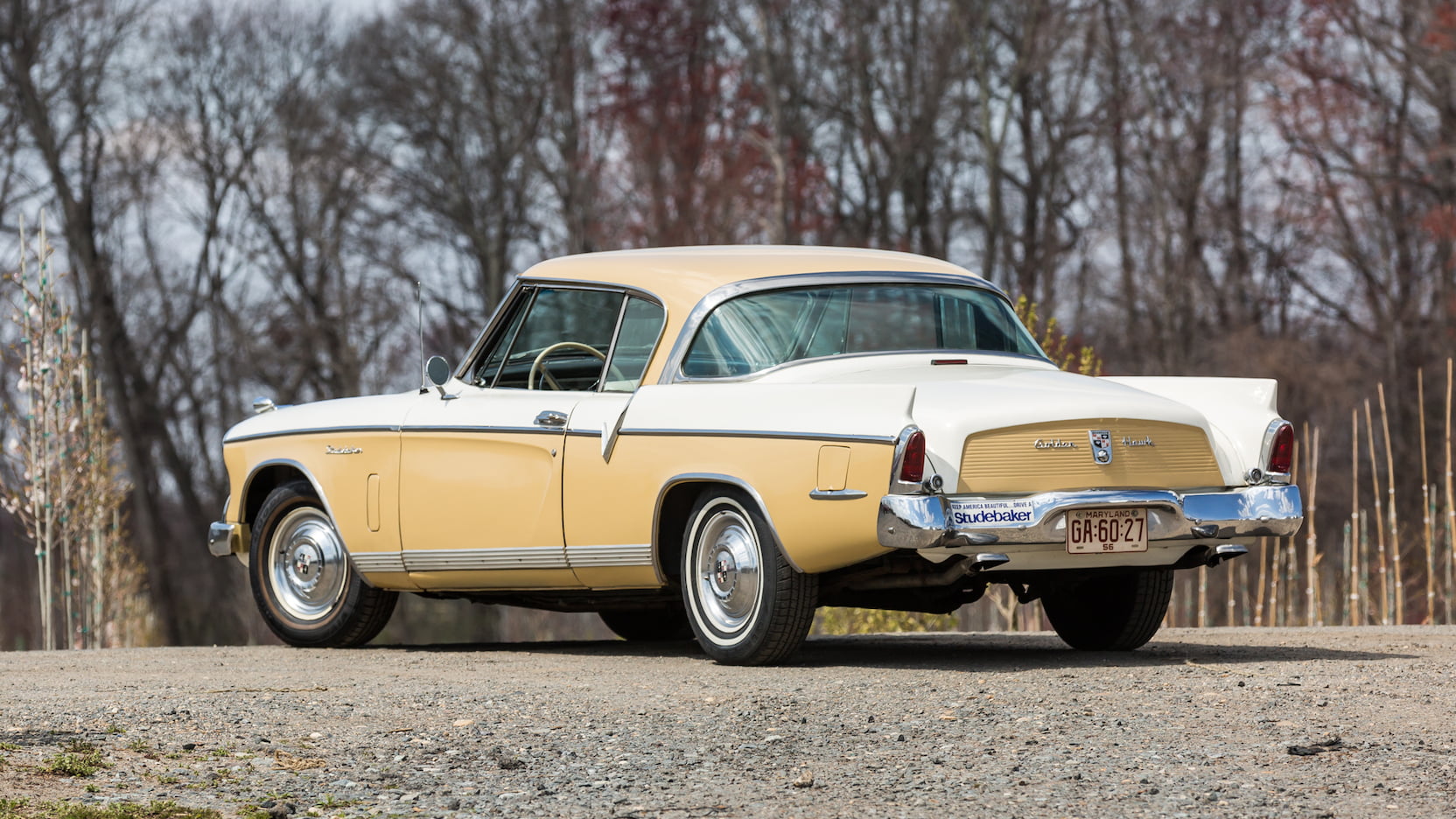 While one can see the similarity in the front fenders and roof line, one can also see the changes in the hood, front grill and rear quarters. With the industry trend towards more fins and chrome, Studebaker continued to “update” the cars. From mydreamcar.online a picture of a 1959 Studebaker Silver Hawk: 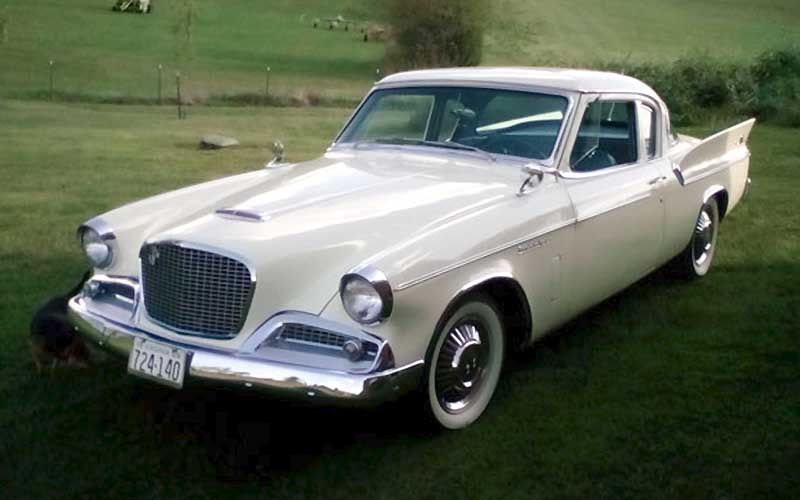 By model year 1959, the Hawk line was just a footnote for Studebaker. That was the year the company introduced the Lark compact, which was successful especially in light of Studebaker’s situation in the first years after the “merger” with Packard in 1954. Hawk sales were less than six percent of Studebaker’s 1959 total. As the Hawk became really dated Studebaker called on Brooks Stevens to update the car for a pittance. His creation was a masterpiece, in my opinion. From myclassicgarage.com by way of volocars.com, a picture of a not stock 1962 Studebaker Gran Turismo Hawk: 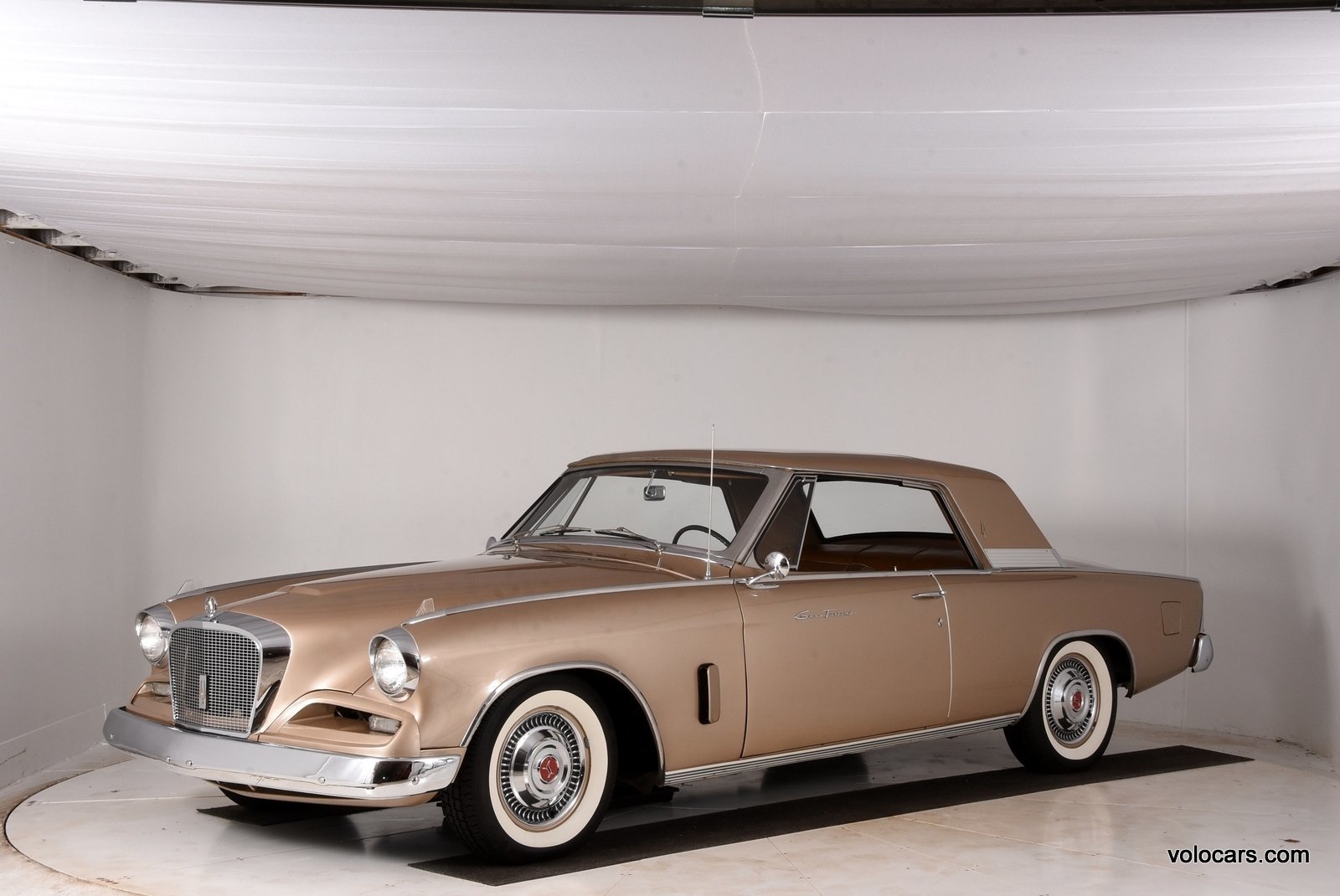 One can still see the original front fenders from the 1953 Loewy coupes, more or less, as well as a strong resemblance to the ’53s in the rear. I must confess that in the past 2-3 weeks I have become even more obsessed than usual with the Gran Turismo Hawk. That obsession is one reason I purchased Langworth’s book.

OK, why didn’t the introduction of the original Loewy coupes turn out better for Studebaker? I’ll let Langworth tell the story:

“What happened to the brilliant ’53s was a tragedy, one of the major automotive tragedies of the fifties. When people in the late fifties didn’t buy Edsels, nobody cared much because Edsels were—well—ugly. [Sorry, C/2. Langworth’s words, not mine.] But when people didn’t buy Starliners and Starlights, everyone who loved cars mourned. So why didn’t they buy them? Ah, there’s the rub. One problem is that there weren’t enough and the scarcity was owed directly to management policy.”

“…In model year 1952, the company built about 134,000 two- and four-door sedans against some 49,000 hardtops and coupes—nearly a three-to-one proportion. In model year 1953 the proportion ended up at nine sedans to eight coupes. Studebaker had originally based production planning on the 1952 ratio, not taking into account the tremendous appeal of the coupes…To this extent, the coupes were too good. Their percentage of overall production was far higher than normal for the industry and well in excess of 1952. As the Loewy people had warned, previously designed sedans, using coupe styling details that were applied at the last moment before tooling, were just ghastly mistakes.”

The Studebaker sedans, at that time sedans were the bread and butter of the US auto industry, were an abysmal failure. Also, as Langworth points out, the production lines for the coupes were stopped almost as soon as they started by a tooling emergency. When the front-end sheet metal of the first coupes was mated to the chassis, it didn’t fit. Why? That’s really too long a story to tell in this already long post, but all of this contributed to coupe sales not matching their appeal.

As I have written often, I don’t really believe the axiom that if you build a better mousetrap the world will beat a path to your door. That is certainly not true anywhere near 100% of the time. People who think life is always fair or that people always get what they deserve are blind, stupid or both.