Pontiac was established by General Motors as a companion make to Oakland in 1926. Unlike the other such makes created at that time (Marquette for Buick, Viking for Oldsmobile and LaSalle for Cadillac) Pontiac was so successful that it “killed” its parent as Oakland production ceased with the 1931 model year.

My first car was a 1967 Pontiac GTO, shown here. The car I’ve owned the longest, at least as of now, was a 1995 Pontiac Grand Prix that I purchased new upon moving to California and that I owned for nine years. I am a big fan of many Pontiac models up to and including the Solstice. Given my personal connection I probably lament the loss of Pontiac more than that of any other defunct American make.

From Mecum Auctions a picture of a 1962 Pontiac Catalina convertible offered for sale at their Kissimmee auction in 2016: 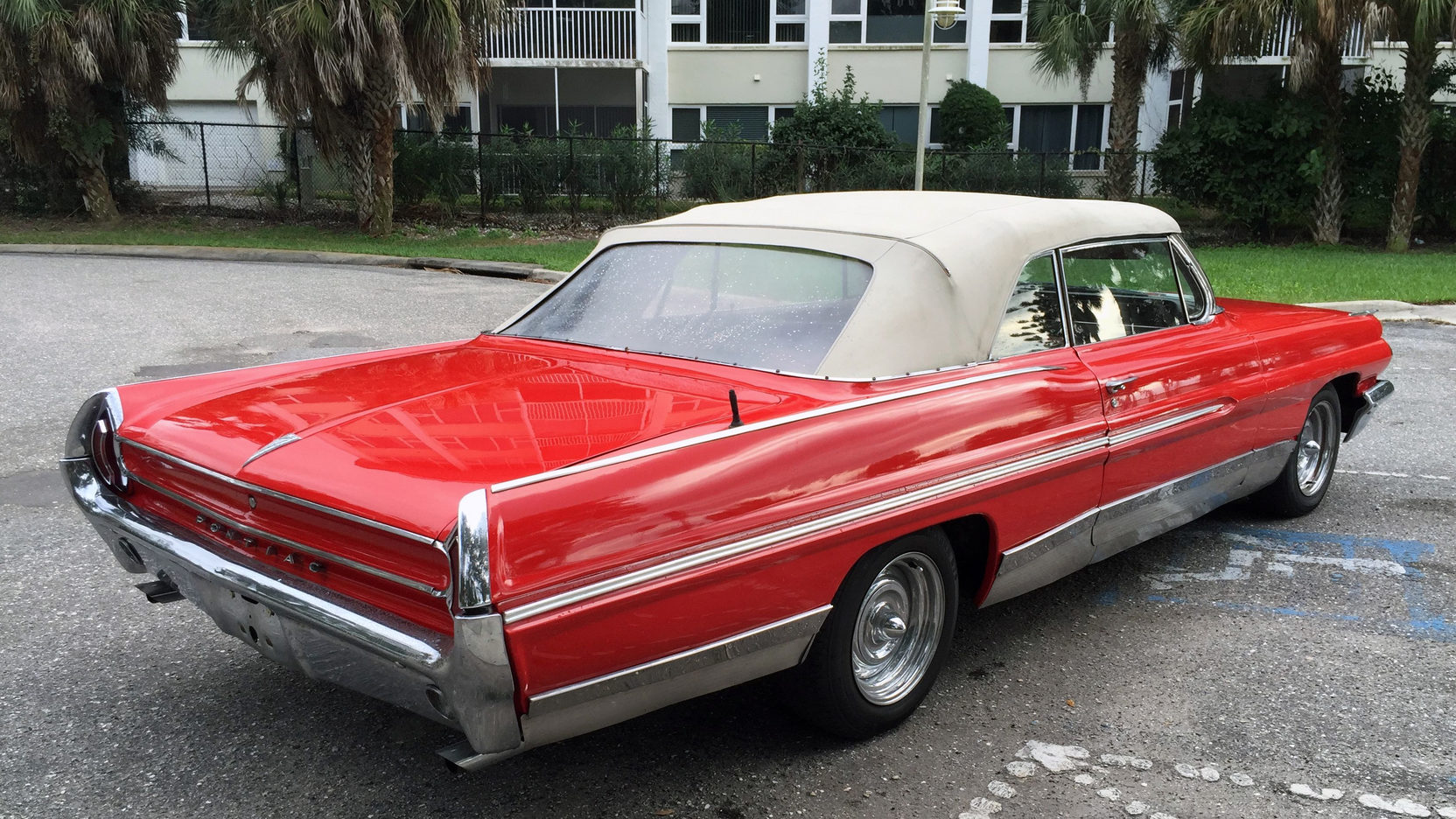 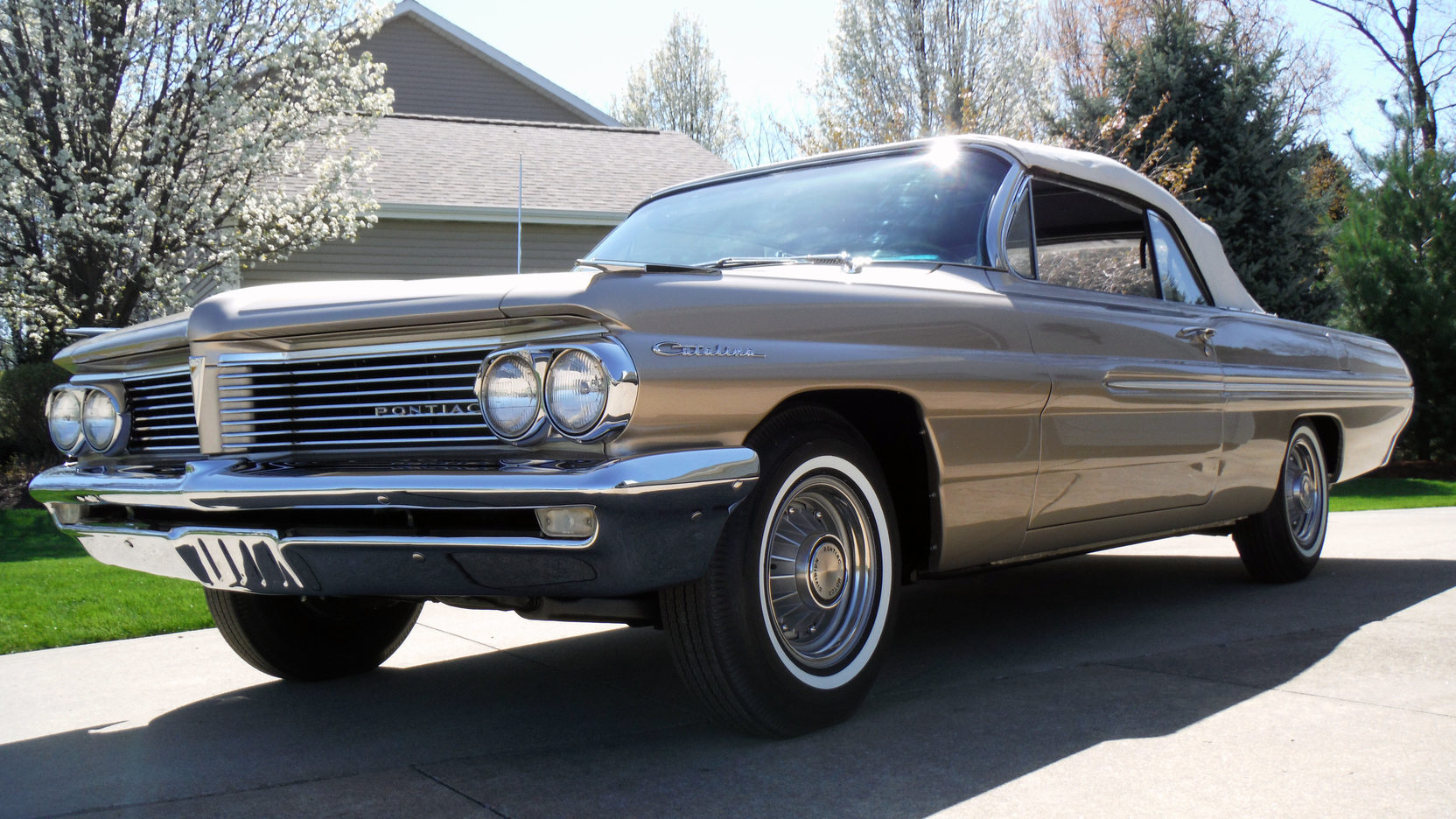 The second picture is also from Mecum and is of a ’62 Catalina convertible offered at their Indianapolis auction in 2015. Note the famous Pontiac eight-lug wheels on the second car.

Pontiac produced 16,877 Catalina convertibles in 1962. They also offered a convertible in the Tempest (20,635 produced) and the Bonneville (21,582). The famous Pontiac 389 cubic-inch V8 with the Tri-Power setup, three Rochester two-barrel carburetors, was offered on the Catalina. It was rated at 318 HP/430 LB-FT of torque. Buick had a reputation for making motors with lots of torque, but Pontiac engines did as well. Some sources list the Super Duty 421 cubic-inch engine with dual four-barrel carburetors as being available on the Catalina. According to this article, most of the 180 or so Super Duty engines made in 1962 were installed in Catalinas. This engine was conservatively rated at 405 HP, but was probably closer to 450. The actual torque output was almost certainly at least 500 LB-FT.

I acknowledge that some/most of my interest in this car stems from the fact it’s a Pontiac. If you’re a Pontiac fan I would very much like to hear from you and/or post your thoughtful comments.