For many Packard purists the 1957 and 1958 models were not Packards, but merely badge-engineered Studebakers. However, the fact that they were made at all was really an attempt to keep the name alive in the hopes the make/marque could be given a new identity, if not one wholly separate from Studebaker. No offense intended to those Packard aficionados who disdain the last two model years, but from favcars.com a picture of a 1958 Packard hardtop coupe, of which only 675 were made. 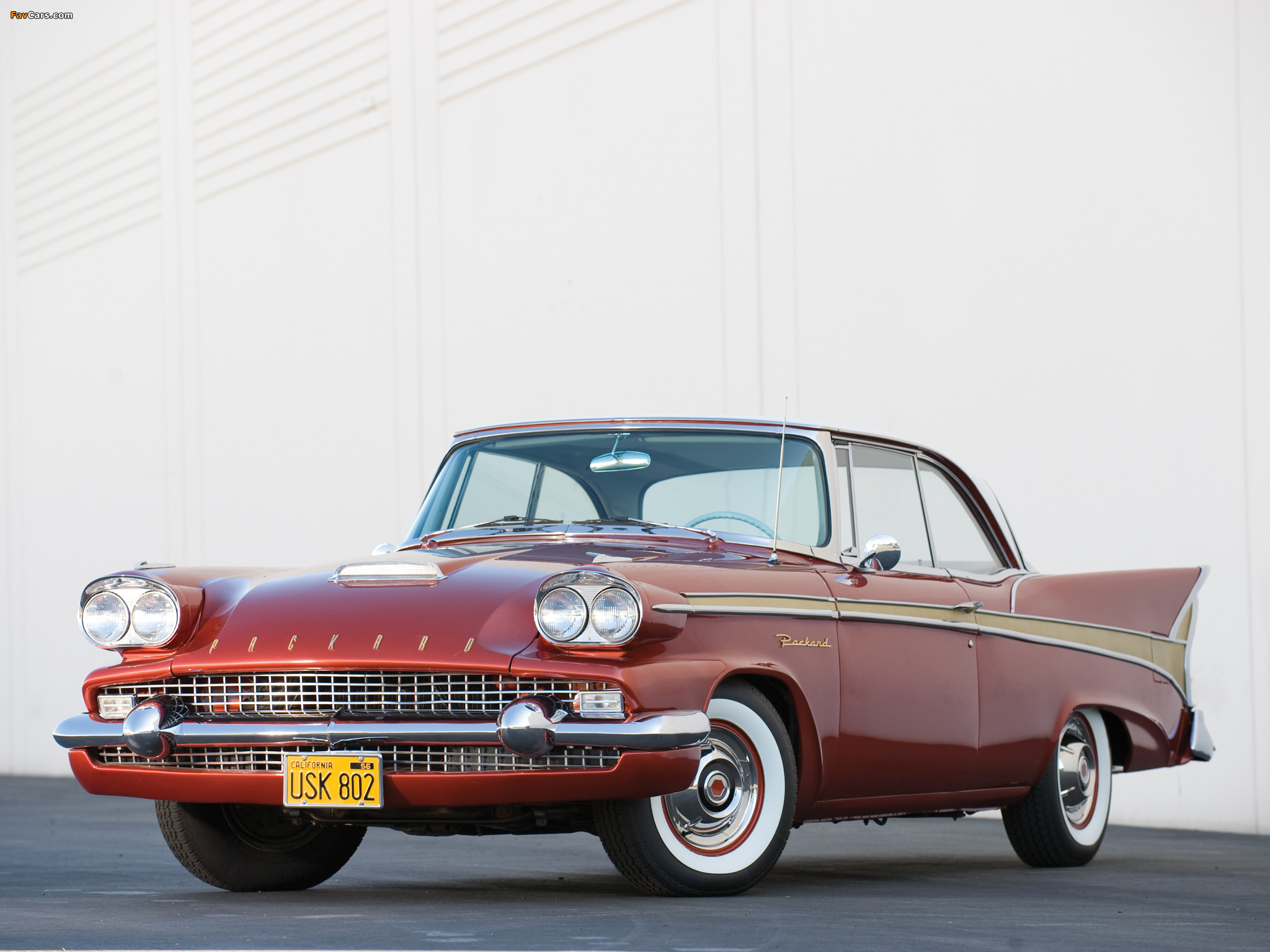 Believe it or not I am not a big fan of quoting myself, but here is something I sent in an email to Bill James:

In the overwhelming return of my passion for automobiles I have noticed something similar [to the difficulty of dislodging successful entities from their perch]. While people like me lament the demise of makes like Studebaker and Packard, the writing was on the wall long before those companies folded. Even before World War II the top selling cars in America were almost always from The Big Three automakers. Maybe the lesson is that Studebaker must have actually made some good cars to last until 1966.

As 56packardman believes, maybe the slogan that the 1956 Packards were “the greatest Packards of all” was true. Even so, that wasn’t enough to save the name from extinction. Life outcomes are a function of endogenous AND exogenous forces. I believe that people who only credit one or the other are missing the point.

If you’re here after clicking on a link from the Packard or Studebaker forums (thanks, 56packardman), welcome. Even though not every post is about those cars, most posts are about automobiles and I am very proud of this blog. Please feel free to visit as often as you like. https://disaffectedmusings.com

5 thoughts on “The End Of The Marque”