I consider today to be the de facto end of the first half of the year even though the “hump day” for the year is July 2nd in a 365-day year. Where is the time going?!

In a lesson I would do well to assimilate, make your time count!

I had a weird and less than pleasant dream last night. I dreamt I was late to a social function of some type involving my neighborhood. I hate to be late; I would rather be 10 minutes early than 1 minute late. In the dream I had to walk down a long flight of stairs to reach the room where the function was being held. I walked into a full room and could sense animosity, perhaps for my being late. Almost no seats were empty so I squeezed myself into a chair at the end of a table, around which many of my neighbors were seated with whom I am usually quite friendly. In the dream, though, no one would speak to me. Almost immediately I began to think that it would be best if I were to leave. In “dream time” it was probably seconds, but it seemed to me to be minute upon minute, but eventually I did decide to leave so I said “Excuse me” and left. The feeling of discomfort while in the room was quite strong. Any amateur psychologists want to interpret that dream?

As what is likely to be the last front-engine Corvette to be built will soon roll off the assembly line, I thought I would note that on this day in 1953 the first Corvette was assembled in Flint, Michigan. For that year only, Corvettes were produced in what was the back of a customer delivery garage.

Sorry about the small picture; it’s from corvettestory.com. Here’s another picture of a ’53 Vette from classiccars.com: 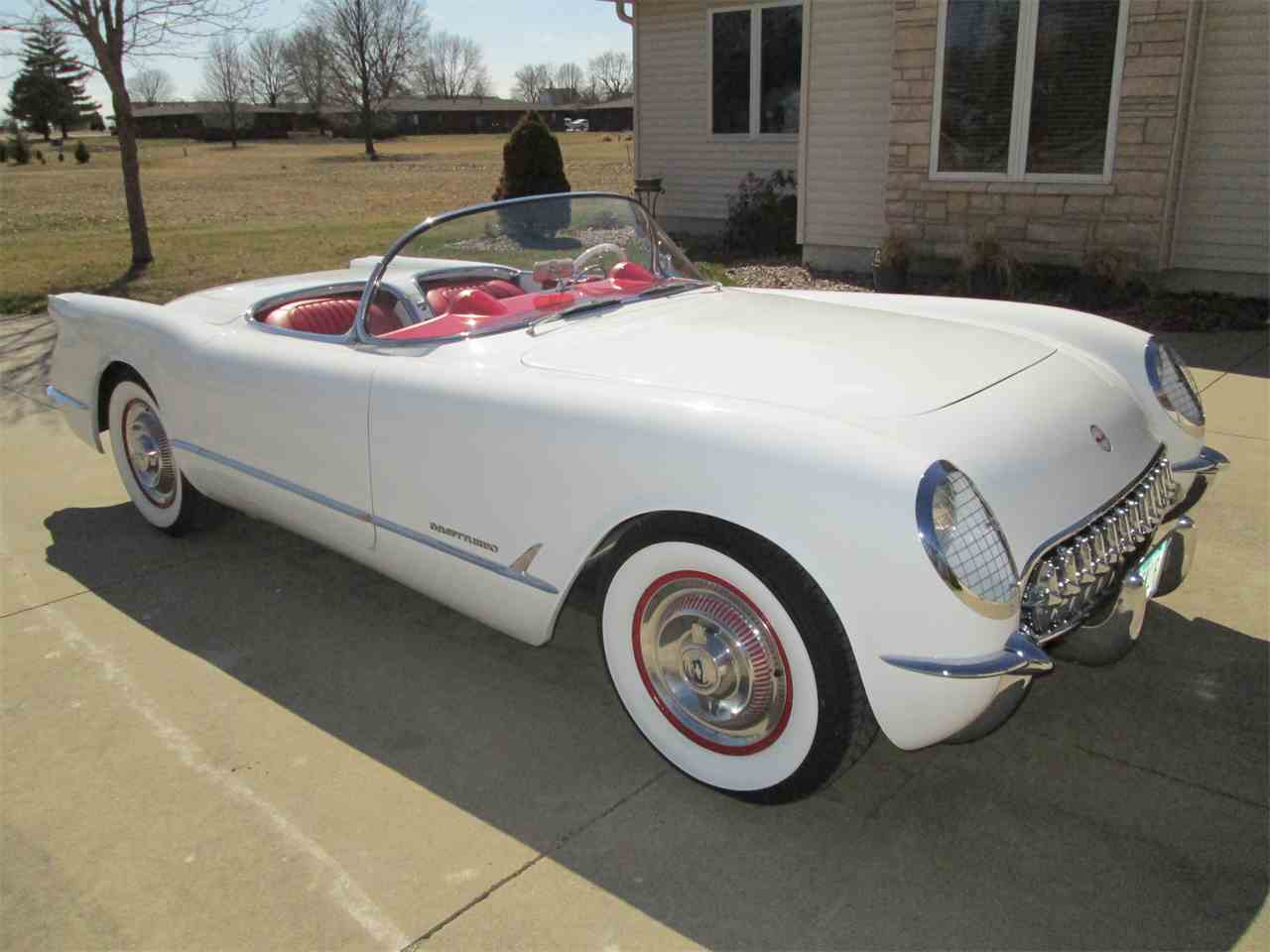 Most Corvette aficionados know the facts: only 300 were made in the first model year, production was moved to St. Louis for the 1954 model year, many of the 3,600+ produced in 1954 languished unsold on dealer lots, only 700 were made in 1955 and the Corvette was almost discontinued. Thankfully, the 1956 re-style and the 1955 introduction of the legendary Chevy small-block V8 helped to save the car.

I am loathe to write this, but I think if the C8 fails to live up to expectations then the Corvette could be history. Nothing lasts forever…