Many thanks, again, to 56packardman and to the readers of the Packard and Studebaker forums who clicked on links to Disaffected Musings. Although yesterday’s view total did not set a “record” as I had hoped in my request, yesterday did have the third highest number of views and visitors only behind the two days of views/visitors generated by Bill James’ tweet of the main blog link back in April. I salute you.

OK, which feature do you prefer?

Let me know, please. This request is more out of curiosity than of any desire on my part to cease either feature.

At the Barrett-Jackson auction currently taking place at Mohegan Sun in Connecticut, the last C7 Corvette to be manufactured was auctioned for charity. What was the hammer price? $2.7 million, a new record for a charity car at Barrett-Jackson…Actually, the car shown on the block was an exact replica as the actual last car has not yet been built. The charity was the Stephen Siller Tunnel to Towers Foundation’s Smart Home program, which builds smart homes for our most catastrophically injured service members returning home. I salute those who have made such a sacrifice for their country.

Hey, it’s for charity; I hope Barrett-Jackson doesn’t mind my showing this photo: 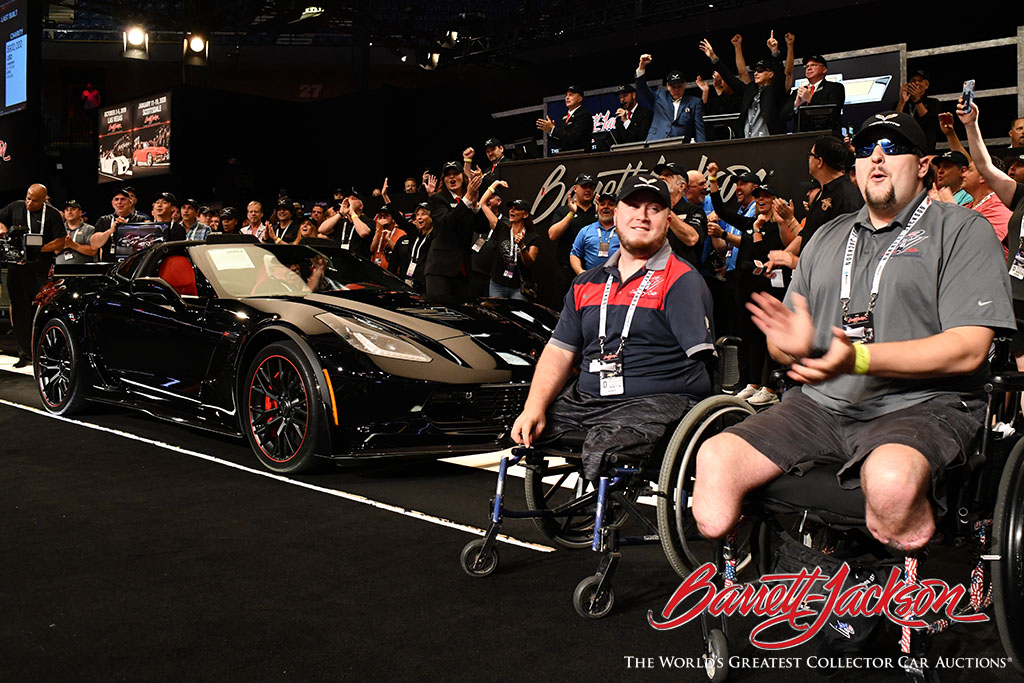 Speaking of the Barrett-Jackson auction:

These photos got yours truly a brief mention during the broadcast on Thursday. Every day of the telecast is “given” a hashtag for viewers to submit photos. Thursday was #Throwback Thursday. I submitted these photos along with this tweet:

@CristyLee09 @Barrett_Jackson @MotorTrendTV #TBT My first car, a 1967 Pontiac GTO, photographed outside of one of my college dorms a LONG time ago…

Well, wouldn’t you know the photos were shown on air and it was quite a thrill to hear Cristy Lee read the tweet. She even mentioned the 1967 Grand Prix she has that belonged to her grandparents. I salute the gracious and gorgeous Cristy Lee. From showbizpost.com a picture of her: Apparently the picture of Cristy Lee will not display on some mobile devices. Hopefully, this one will: