Stephen Cox (@SopwithTV on Twitter) is a racing driver in the Electric GT Championship, the Super Cup Stock Car Series and the World Racing League endurance sports car series. He is also one of the hosts of Mecum Auto Auctions on NBCSN and is a Ford “expert.” I tweeted the link to yesterday’s post that, in part, was about the 1966 Le Mans race where Ford finished 1-2-3 and that mentioned the upcoming film about that race and the Ford/Ferrari feud. I asked him for any commentary he might want to offer. This was his thoughtful reply:

“I expect the film to capture the essence of the Ford/Ferrari battle quite well, judging from the trailers. It was basically an act of revenge from Ford, who had worked very hard on a deal to buy out Ferrari only to be snubbed at the last minute. The film seems to reflect that accurately. I’m also pleased that it’s a big budget film with quality actors, one of whom plays racing driver Ken Miles, whose contributions to Ford’s success were immeasurable. Looking forward to it!”

Speaking of Mecum hosts I have been remiss in not sharing Scott Hoke’s (@ScottHoke1) email about this post.

“Saw your post and yes, how often do we run into people at car events who don’t judge or assume anything, and have that instant connection because of the love of cars!! So cool!”

“And I get your point about people not knowing or caring what you’ve done in baseball. That’s their loss. I’m quite certain there are many out there who still remember and respect your abilities and insights, and your impact on the game, even as the game has advanced. Rest in that knowledge!”

“And with regard to the “Overhaulin’”-type shows…you’re spot on! They give everyday folks a very UN-realistic picture of what it takes to re-do a car. Suspicious indeed!”

I briefly looked at the lots for the Mecum auction in Portland that begins tomorrow. Once again, it is not easy to capture online photos of Mecum lots. I was able to print the screen and copy a photo to a Word file, but seem unable to copy it here. 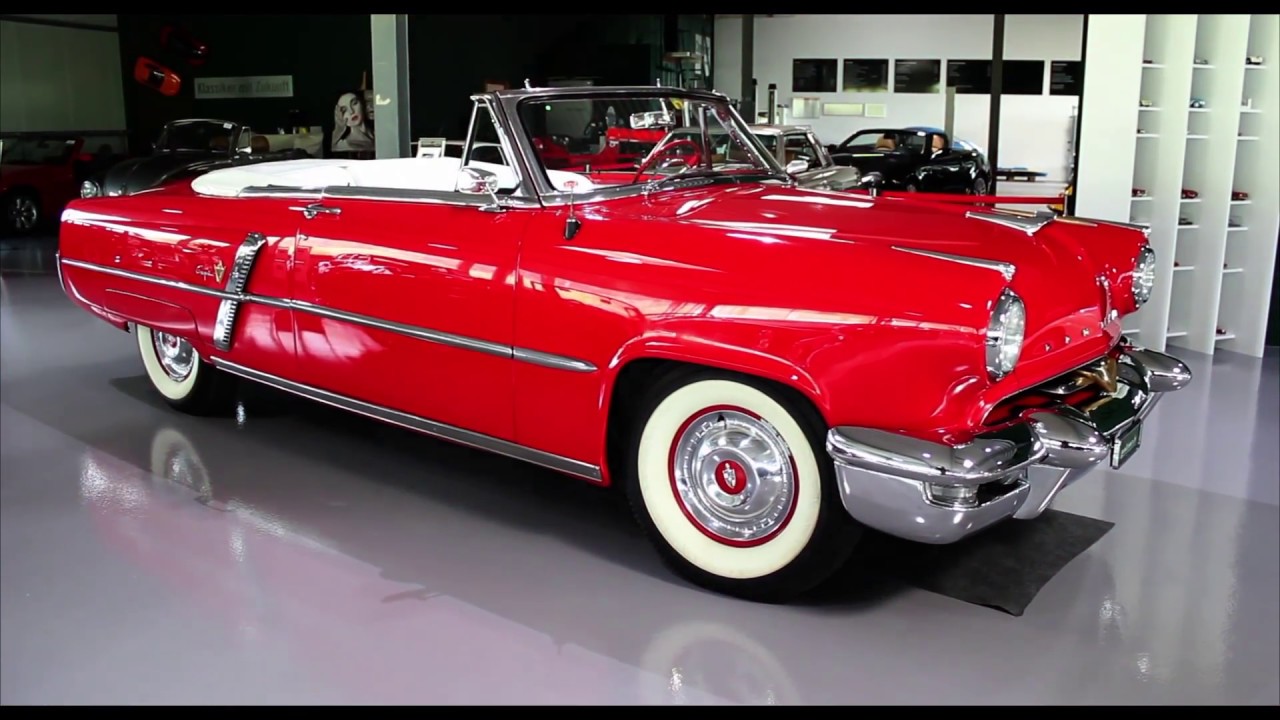 From www(dot)goodtimer(dot)ch a picture of a 1953 Lincoln Capri convertible. The one being offered at Mecum is Blue over Blue and is described as an “Older restoration on a rust-free car.” As the copy states—and as I confirmed in one of my reference books—2,372 of these convertibles were produced in 1953. The price was $3,699. As a reference, Cadillac’s convertible for that year (a Series 62) cost $4,144.

This car is no longer equipped with the original drivetrain although it is included in the sale. However, the buyer will incur additional costs to ship the engine/transmission from lovely Coeur d’Alene, Idaho. Not being facetious using “lovely” to describe Coeur d’Alene; my wonderful wife and I spent a few days there during one of our anniversary celebrations and were overwhelmed by the beauty of the area, especially Coeur d’Alene Lake.

I hope that’s enough of a Throwback for those of you reading. As always, I welcome thoughtful comments.