In today’s first post I opined that one reason for the move to a mid-engine setup for the C8 was to spur sales in Europe. Maybe not…this article states that the Corvette and V-8 Camaro will be illegal in Europe beginning August 31st of this year. More precisely, it will be illegal to purchase new Corvettes and V8 Camaros. Of course, maybe GM/Chevrolet have tuned the C8 engine in a way that it will meet the new European emissions standards. Maybe that’s one reason why they are calling the engine the LT2 instead of the LT1. 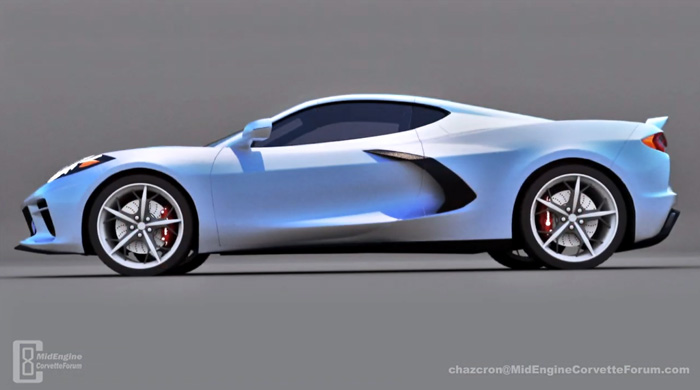 “Chazcron” (the nom de plume of Charles Cronley) has been “rendering” the C8 Corvette for quite some time. This picture is from corvetteblogger.com. It looks very much like a mid-engine Ferrari. Remember that mid-engine architecture means certain design elements are necessary and that others are impossible.

3 thoughts on “On The Other Hand: The C8 Corvette And Europe”