Last night I had a strange dream. (“Last night I had a crazy dream about a chick in a black bikini.” Anyone remember “Chick-A-Boom” by Daddy Dewdrop?) I dreamt I was a drummer in a band, but I was missing one of my drumsticks and was in a panic. No one had any sympathy for me at all and I had the impression I would be replaced, even at the last minute, if I could not find my drumstick. To use a colloquialism, what’s up with that?!

This car is not making its first appearance in Disaffected Musings so its place in Ultimate Garage 2.0 should not be a surprise. 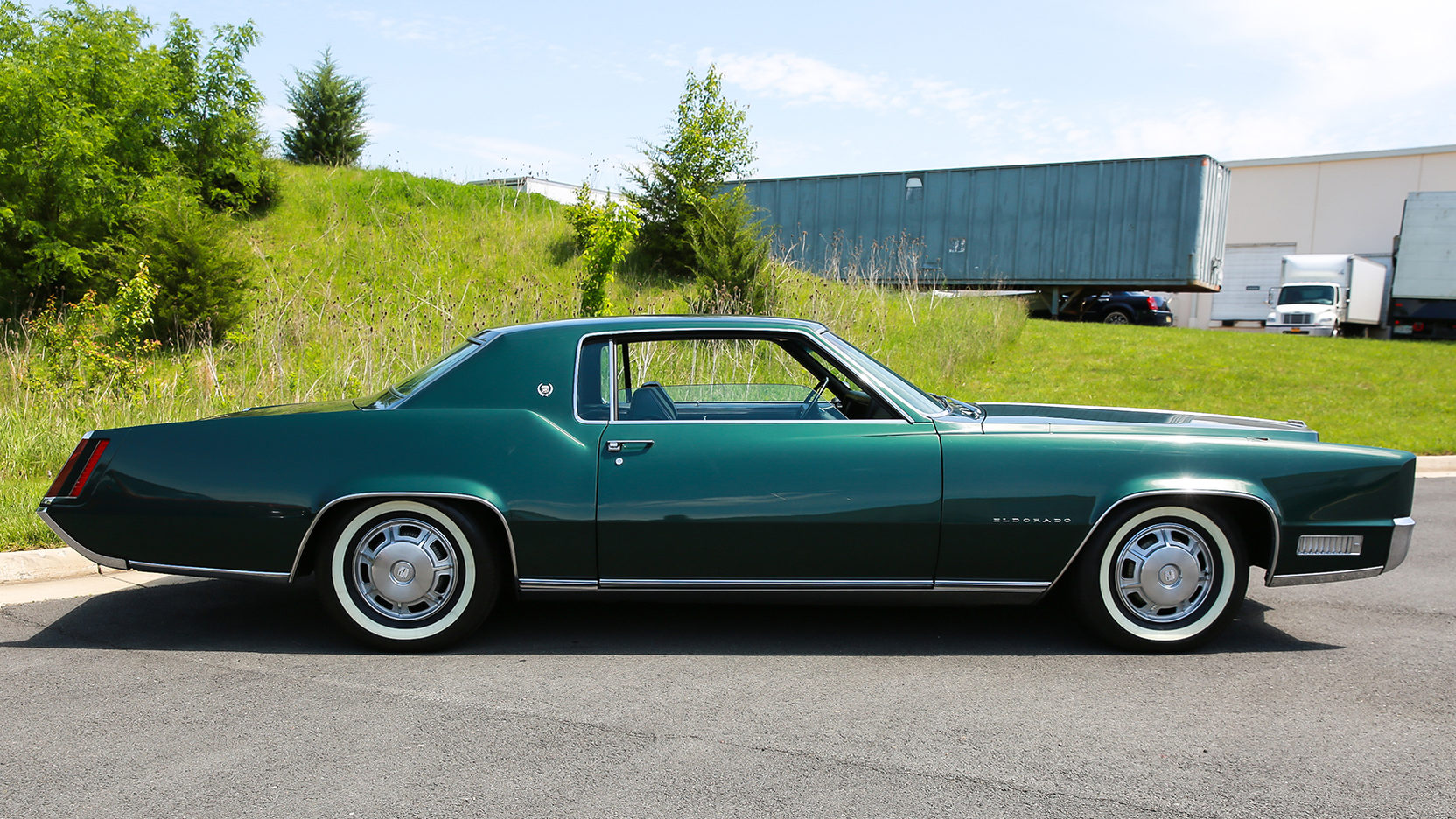 The top photo of a 1967 Cadillac Eldorado is from History of the American Auto by the Auto Editors of Consumer Guide®; the bottom is from Mecum and was a lot offered at their Harrisburg auction in 2017.

What can I say? I just love these cars. I love the styling, the ride, the technology, the luxury. To me, these cars are transcendent. Of course, they were based on the same front-wheel drive platform introduced in the Oldsmobile Toronado in 1966. The Toronado is a fine car, but the Eldorado is in another league, in my opinion. The styling is just so much sharper.

The one pictured at the top reminds me of so many great moments I had riding in the ’67 Eldorado of my then brother-in-law. His was the same color. I just remember being in awe whenever I was in the car even if it was returning from another rained-out Orioles game in 1971. They had so many rainouts that year (well in excess of 20, I believe) that they only played 158 games meaning that four games were never made up.

The ’67 Eldo was powered by Cadillac’s 429 cubic-inch V8 then in its last year at that displacement. For 1968, the engine was increased to 472 cubic inches, perhaps in part to offset the effects of having to meet new government emissions standards that were mandated beginning in the 1968 model year. The 429 cubic-inch motor produced 340 HP, but 480 LB-FT of torque. Even though it had only two doors, the ’67 Eldorado weighed 4,500 pounds so it needed some torque to be drivable. Cadillac produced 17,930 Eldorados for 1967 with an MSRP of $6,277. As a point of reference, and the two cars were obviously not in competition, the base price for a 1967 Corvette coupe was $4,389. The base price for a 1967 Lincoln Continental hardtop coupe was $5,553.