This is the 40th consecutive day I have posted. I will definitely not post on Saturday and/or Sunday. <Rant About Viewer Numbers> In the last week the number of viewers has dropped dramatically. I don’t know if that’s a function of summer approaching or just random or whatever. I do know that I do not have an infinite amount of time. It takes me much longer to research and to write each post than it does to read one. Yes, I realize it might be considered silly to complain about lack of readers to people who are reading. Maybe I’m just deluding myself about the quality of this blog. Anyway, I am asking once again that if you like this blog please tell others about it and share the blog URL (https://disaffectedmusings.com). <End Rant>

From 56packardman comes this hilarious and yet troubling GIF:

I have read that more than 6,000 people die every year in the US because they are distracted by their cell phone. I don’t know if that figure includes distracted driving.

This week’s Frugal Friday was inspired by the most recent episode of Wheeler Dealers where the featured car was a first-generation Mazda RX-7. A shout-out to my friend Carl who owned one of those a long time ago. 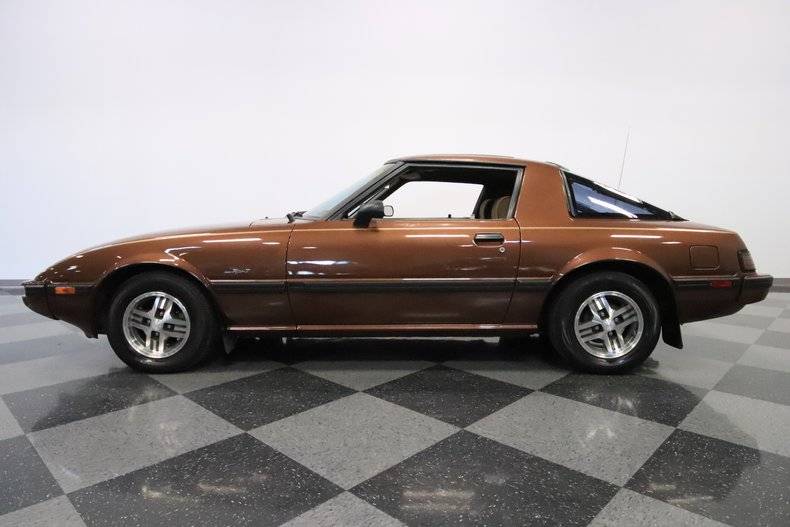 From this Hemmings listing a picture of a 1984 RX-7. Of the seven first-generation RX-7s listed in Hemmings the most expensive was only $16,995. This high-mileage example (about 112,000 miles) is listed at $12,995. It is in Brown over Brown and has a manual transmission although the ad doesn’t seem to indicate if it’s a four-speed or five-speed and I’m not wading through 67 photos to find out.

The RX-7 was, of course, powered by a Wankel rotary engine. Instead of pistons moving up and down inside of cylinders the power is generated by a rotor(s) moving around in a metal casing. All parts rotate in one direction, as opposed to the common reciprocating piston engine, which has pistons instantly and rapidly changing direction 180 degrees. Proponents of this engine claim it is simpler than the standard piston engine, but in the real world problems with oil leakage and emissions doomed it to the dustbin. However, Mazda is supposedly bringing the rotary engine back to be used in a new hybrid power plant.

The RX-7 was a very successful car for Mazda. Over 800,000 were produced in three generations from 1978 to 2002. I think the first-generation has a great look, simple yet stylish. 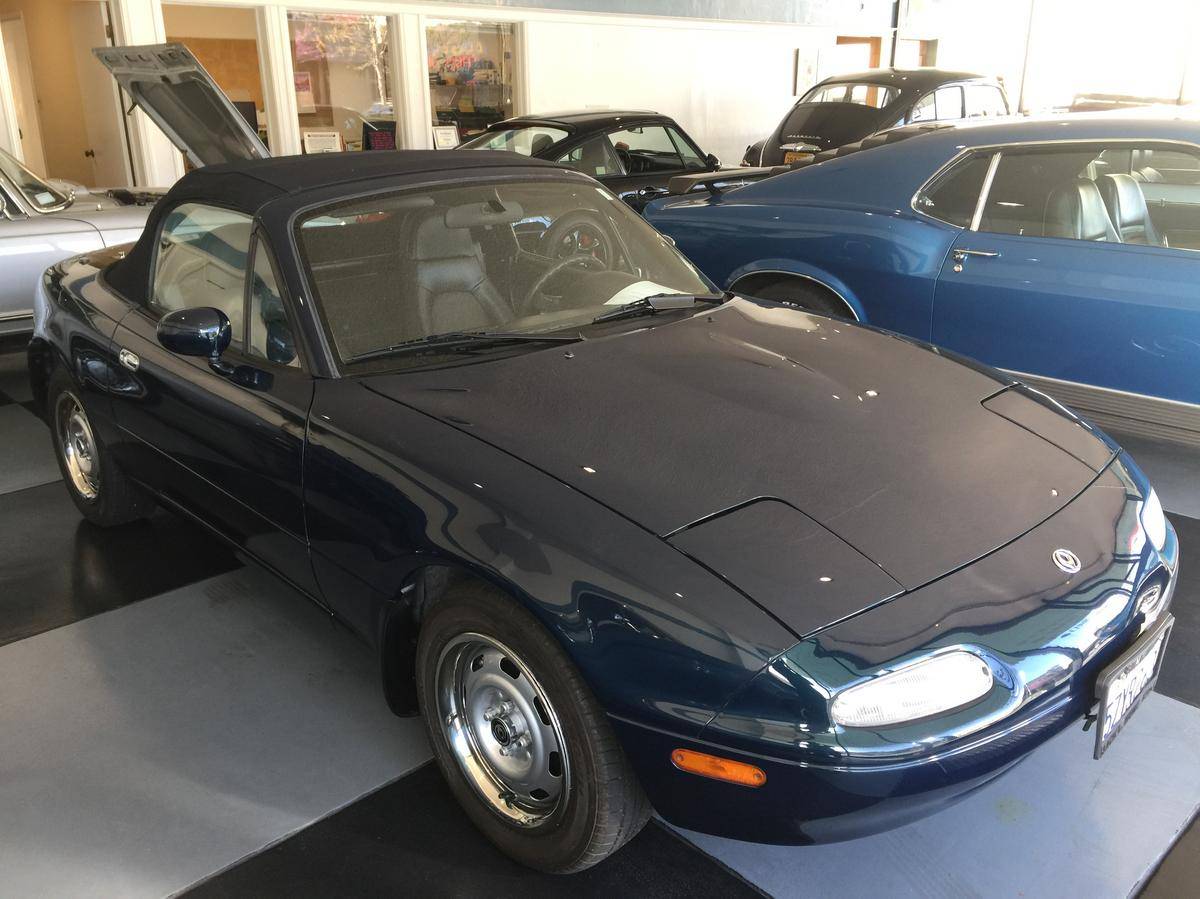 Being a 1995 this Miata is an NA or first-generation model. The Miata is, of course, still being produced and is currently in the ND or fourth generation. I don’t know if Jeremy Clarkson of Top Gear and The Grand Tour fame really wrote this, but allegedly these are his words:

“I realise that the hairy-chested among you will be scoffing and tutting and heading straight for this column on the internet so you can speak your mind. You will say ‘girl’s car’ and ‘gay’ and all sorts of other things.

Well, that’s fine. You waste your money on a Mustang or a Ferrari. The fact is that if you want a sports car, the MX-5 is perfect. Nothing on the road will give you better value. Nothing will give you so much fun. The only reason I’m giving it five stars is because I can’t give it 14.”

You could buy both of these cars at the list price, spend $5,000 on repairs and still be more than $10,000 below the average “transaction price” for a new vehicle in the US. Long live Frugal Friday!